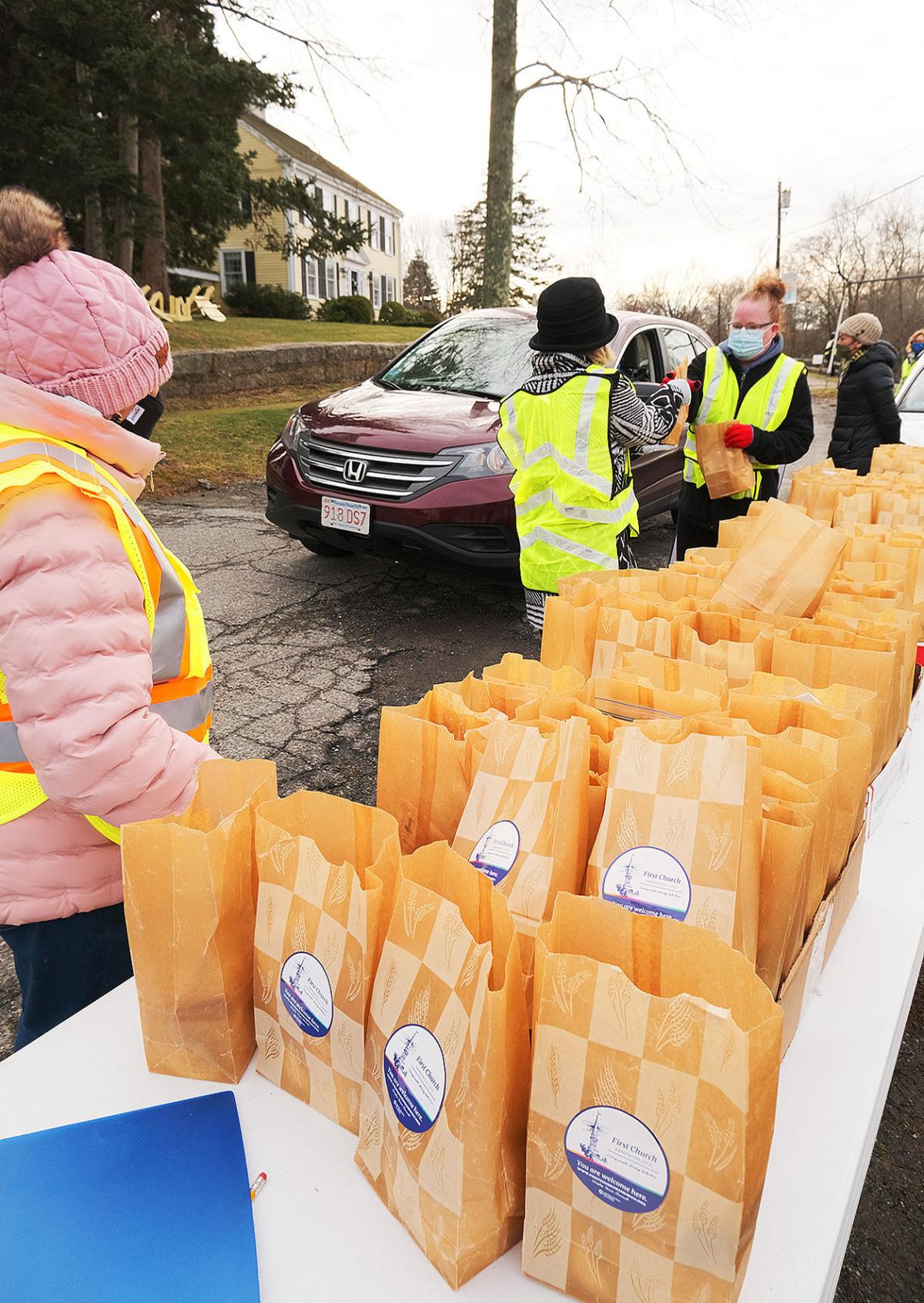 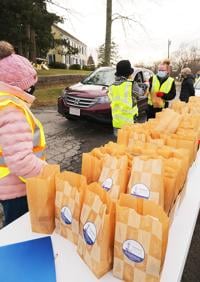 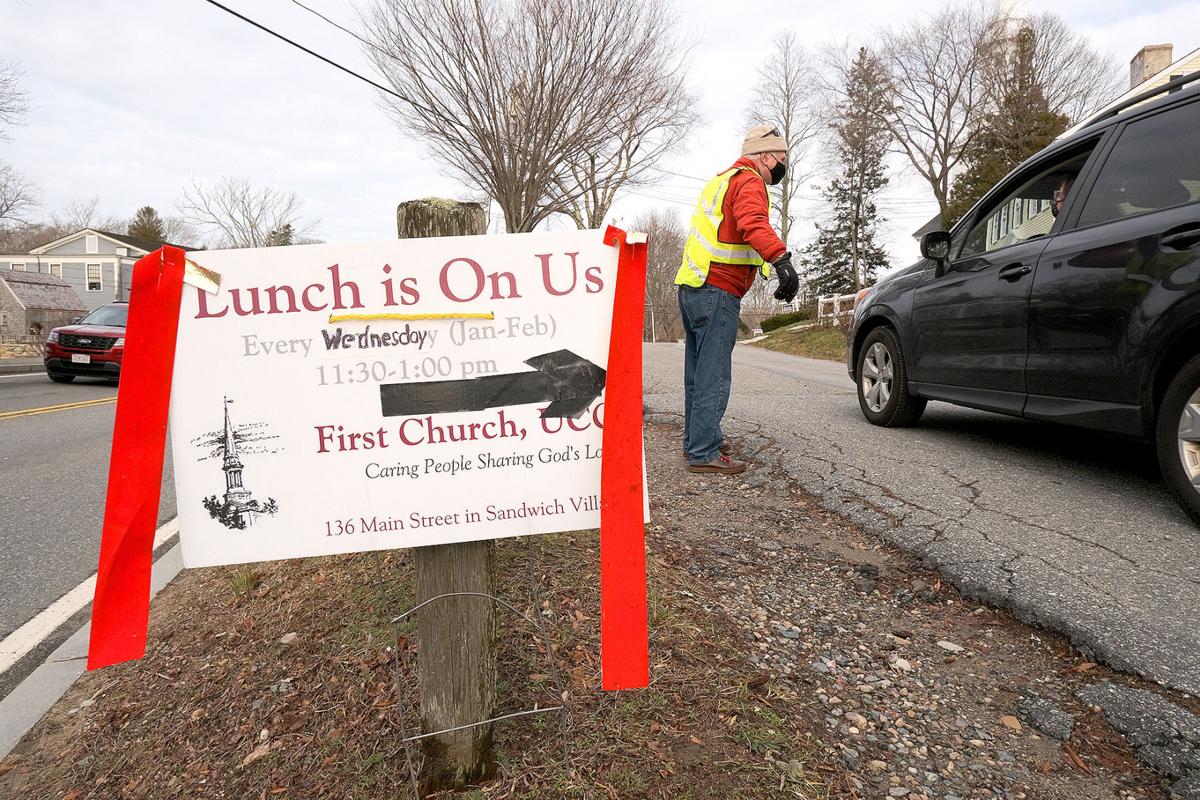 Volunteers braved icy blasts of wind outside First Church of Christ on Wednesday morning, January 6 as they handed bags of free lunch to passersby and gained an acute understanding of the old adage about warm hearts and cold hands.

It was the first day of a new season for the church’s free lunch program, which began more than five years ago when a small group of volunteers came up with the idea of offering free soup to warm the community every Wednesday during the winter.

The program, which had been held in the church’s ample basement, has been extremely successful, but this year, between COVID-19 and ongoing renovations to the church buildings, the operation had to move outside.

“All of our soups and desserts are [still] homemade and donated 100 percent by our volunteers,” said Walter King, the church’s soup lunch coordinator. “We’ve also received some financial donations along the way from church members and soup lunch patrons, which have helped us buy supplies like bags, serving containers, and napkins.”

The volunteers, who showed up at 9:30 AM to assemble, label and, beginning at 11 AM, hand out the bags, took turns returning to their parked cars to warm up.

The workers offered a choice of frozen chili and soups (with bread, a bottle of water, and cookies) to everyone who drove up or walked up to the distribution site along the edge of the church’s front driveway.

Many of the drivers who accepted lunch bags also gave donations. It was so windy at one point, donated bills flew from the frozen fingers of the Reverend Tina Walker-Morin and blew across Route 130.

The pastor chased them down and deposited them with a smile in the covered donation bucket at the end of the assembly line.

“I think it’s a great idea—a great way to serve the community,” said Rebecca Rosensweig, a member of the church, as she accepted soup through her car window. She left a donation as she drove away.

Other drivers and passengers, most of whom were church members or former participants in the Wednesday lunch program, commented on how much they appreciated seeing other members of the congregation.

“We haven’t seen any of you for months,” one man said. “We don’t get out much anymore.”

Afterward, Mr. King said that Wednesday’s effort was a success.

“We gave out 70 bag lunches and although this year was so different, the volunteers were enthusiastic and I’m so glad we were able to offer the program,” Mr. King said. “I think we will have to put up better signage telling people that it’s free and ‘to go’ food next time.”

Mr. King said the effort was supported by volunteers and organizations outside of the First Church congregation.

“Others from the community have sought us out and asked if they could help. How cool is that?” he asked.

The Sandwich Stop & Shop supermarket provided cider, bottled water, and an unlimited supply of bread, and Market Basket in Bourne donated gift cards that can be used to buy ingredients, Mr. King added.

“We’re grateful for these partners. All in all, it’s a wonderful, heartwarming effort by the community!” he said.

The free, “to go” bagged lunches will be offered to anyone in the community every Wednesday starting at 11 AM and will run until 1 PM or until the food is gone.

First Church of Christ is at 136 Main Street.