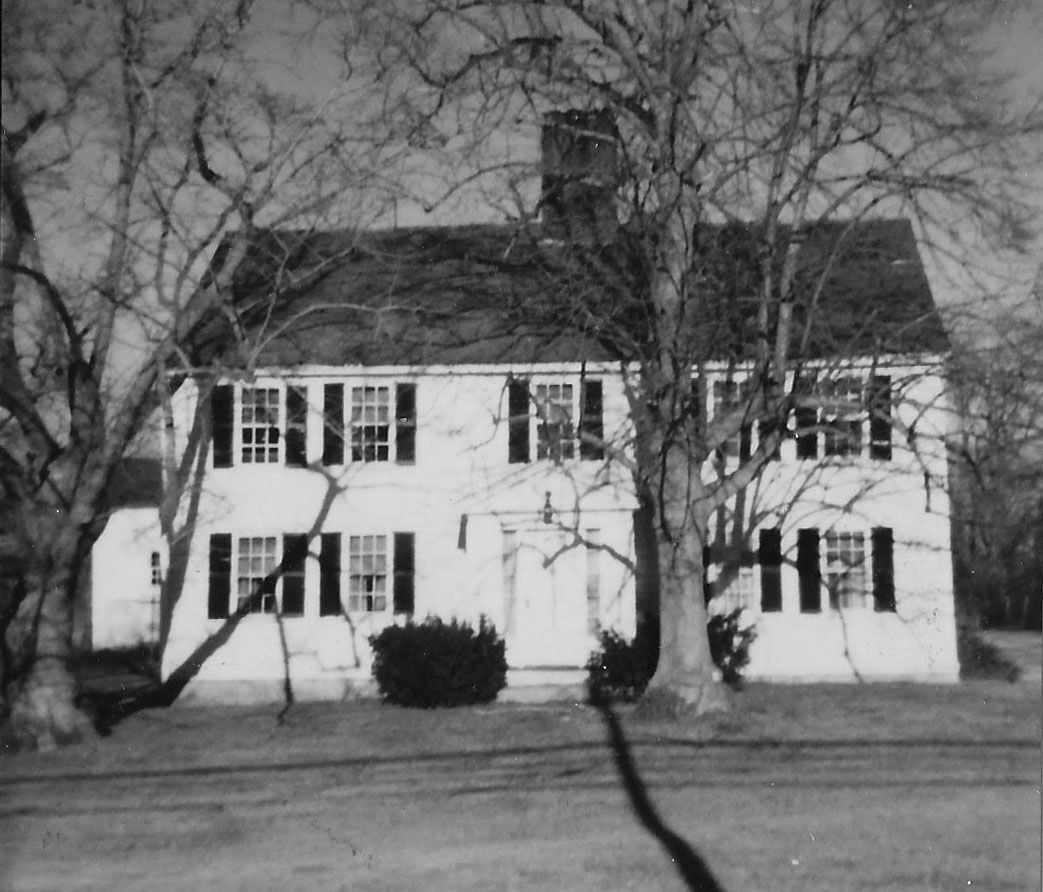 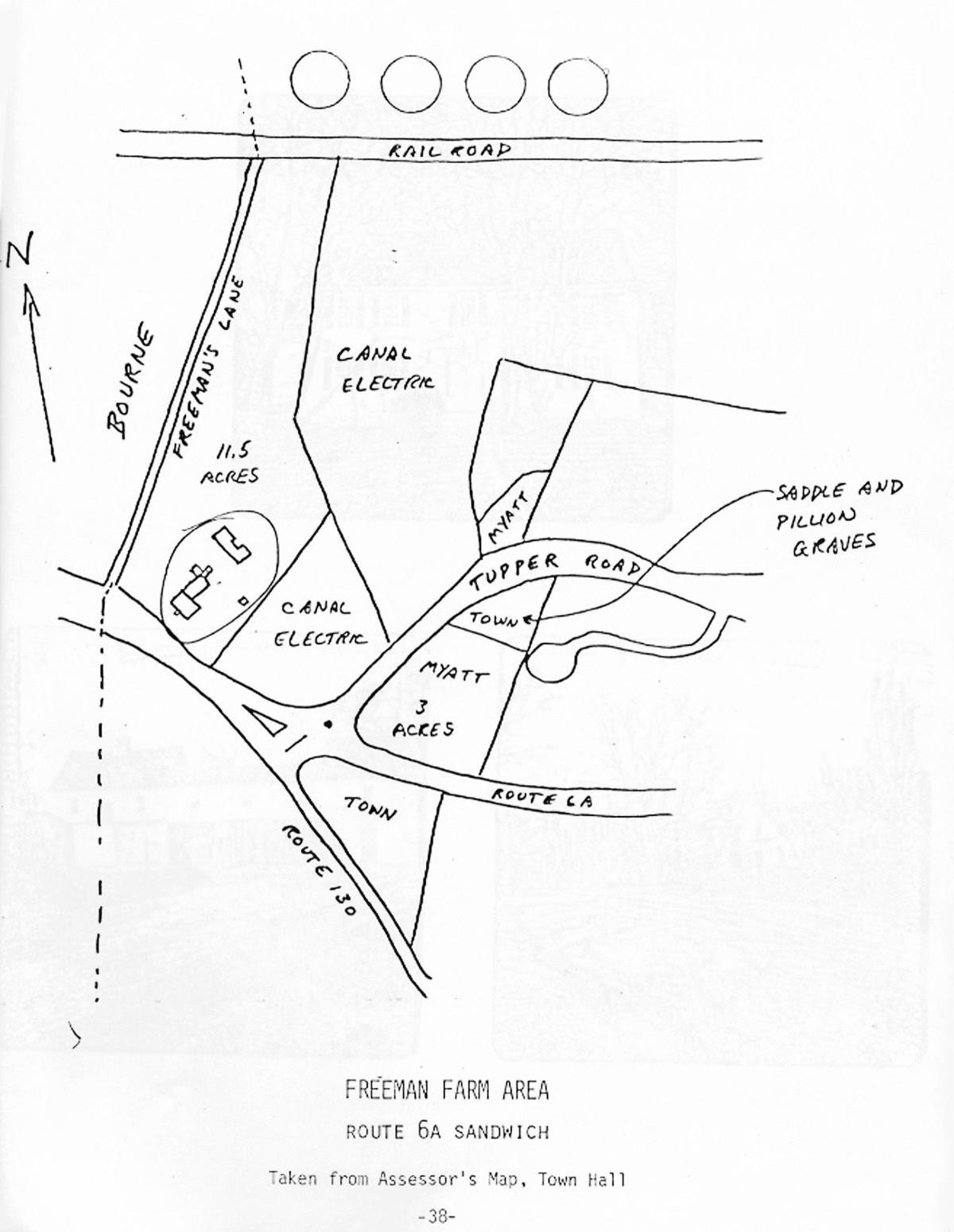 This map (c. 1978) of the areas shows the Freeman buildings locations (circled).

This map (c. 1978) of the areas shows the Freeman buildings locations (circled).

This is the first of a three-part series featuring one of the greatest historical losses to the Town of Sandwich, the destruction of the Freeman Farmhouse by fire in December 1982.

In news reports at the time, Fire Chief Fred Alvezi declared it an arson. Scientific testing revealed a petroleum-based product spread around much of the house, as well as a roll of wallpaper spread over stairs between the floors and laced with this petroleum accelerant.

Chief Alvezi said the home had no electricity, so it was no accident. He also said it wasn’t just kids playing with matches, it was a professional job.

The current Freeman Farm Solar Field in the shadow of the Canal Electric Plant is the site of the Freeman Farmhouse, built about 1651, by Sandwich founder Edmund Freeman. Edmund lived from 1590 to 1682 and was for many years the town’s largest landowner.

Our archival files reflect years and years of efforts to save and restore this home and barn. Although this property went through many family-related owners, the death knell for this historic structure came when the then-named Canal Electric wanted the land upon which stood the home for a coal storage and coal conveyor chute to feed the plant.

I can’t think of anything more incongruous for this rural historic site. Russell Lovell, our first archivist and author of “Sandwich, A Cape Cod Town,” always lamented that the site of one of Sandwich’s first family homes was so close to the jarring tall power plant and its huge exhaust stack.

In spite of then-governor Ed King’s support and approval of this coal conveyor chute, it was never built because there was not enough room for an approved coal storage space.

Here is a bit of history on Edmund Freeman: He arrived on the ship Abigail in 1635 with five children and his second wife, Elizabeth (1600-1676). Like most of the other “Ten Men” who founded Sandwich, Edmund first settled in Saugus, now the Lynn area. He eventually moved with his family to Boston in anticipation of founding a new town. Others from Duxbury and Plymouth joined him in this endeavor.

He was always referred to as a “natural leader.” It was he who bought out Plymouth Governor Bradford’s original purchase of what would become Sandwich from the native people. Edmund would eventually become deputy governor of the colony, a member of the court and a local authority in Sandwich, Barnstable and Yarmouth as a judge when cases were not brought to Plymouth.

The new home Freeman built in 1651 was a 2½-story Georgian farmhouse with one square central chimney. The windows were six over six. The Federal Period entrance had sidelights and dental decorative molding. Sadly, it was later remodeled with Victorian-style elements.

This was his second farmhouse in Sandwich. He built his first in 1637. It was located about a mile south of the new site. This original farmhouse was destroyed by fire.

Stay tuned for the next generation of Freeman’s and the fate of this very early Sandwich landmark.

Ms. Maguire is president of the Friends of the Sandwich Town Archives. She lives on Goose Point Lane.