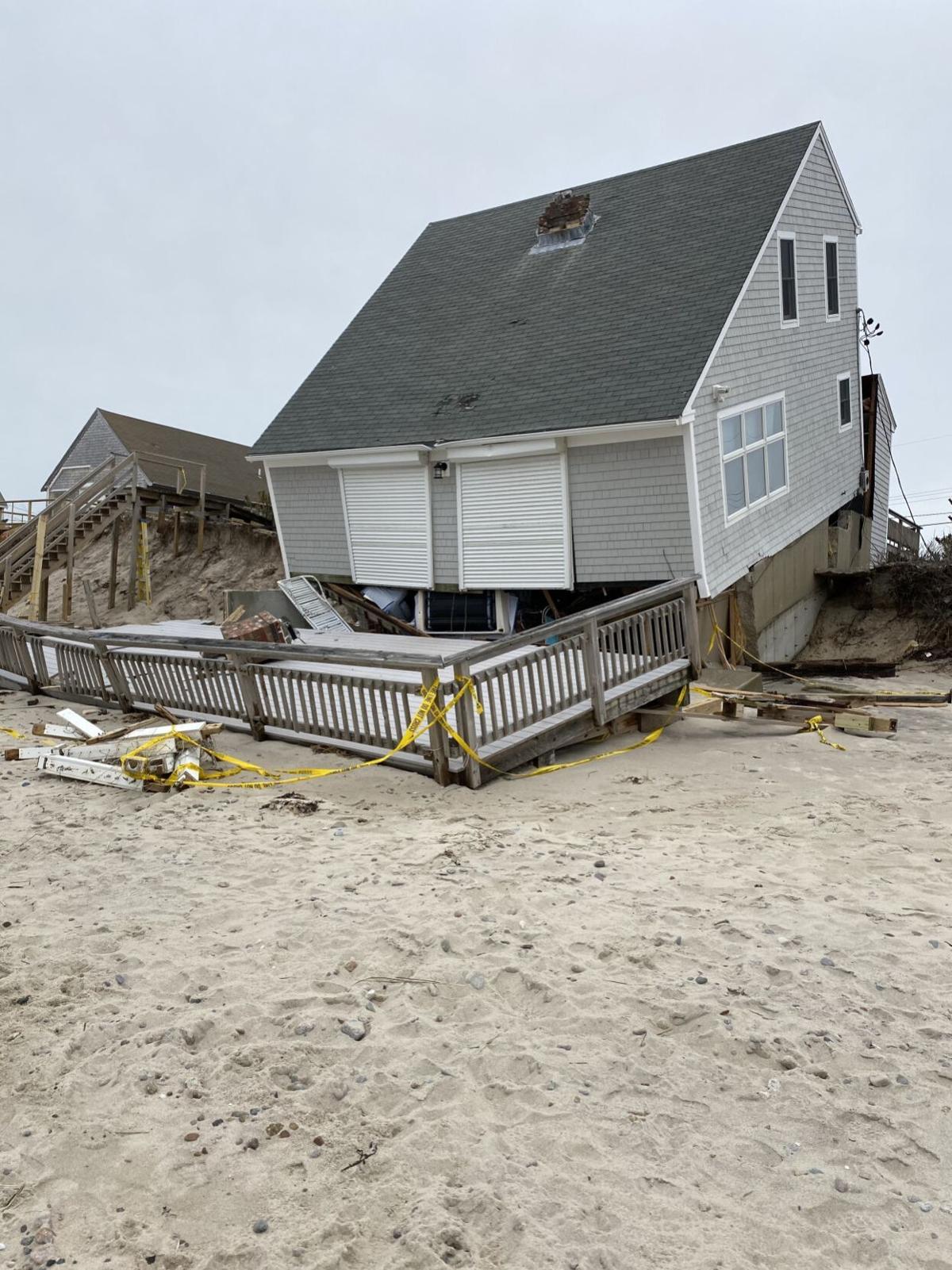 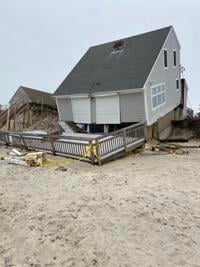 Erosion was the undoing of another home on Springhill Beach last week. The unsupported foundation crumbled, causing the home to topple. Work crews were on site this week demolishing the home and hauling the debris away. 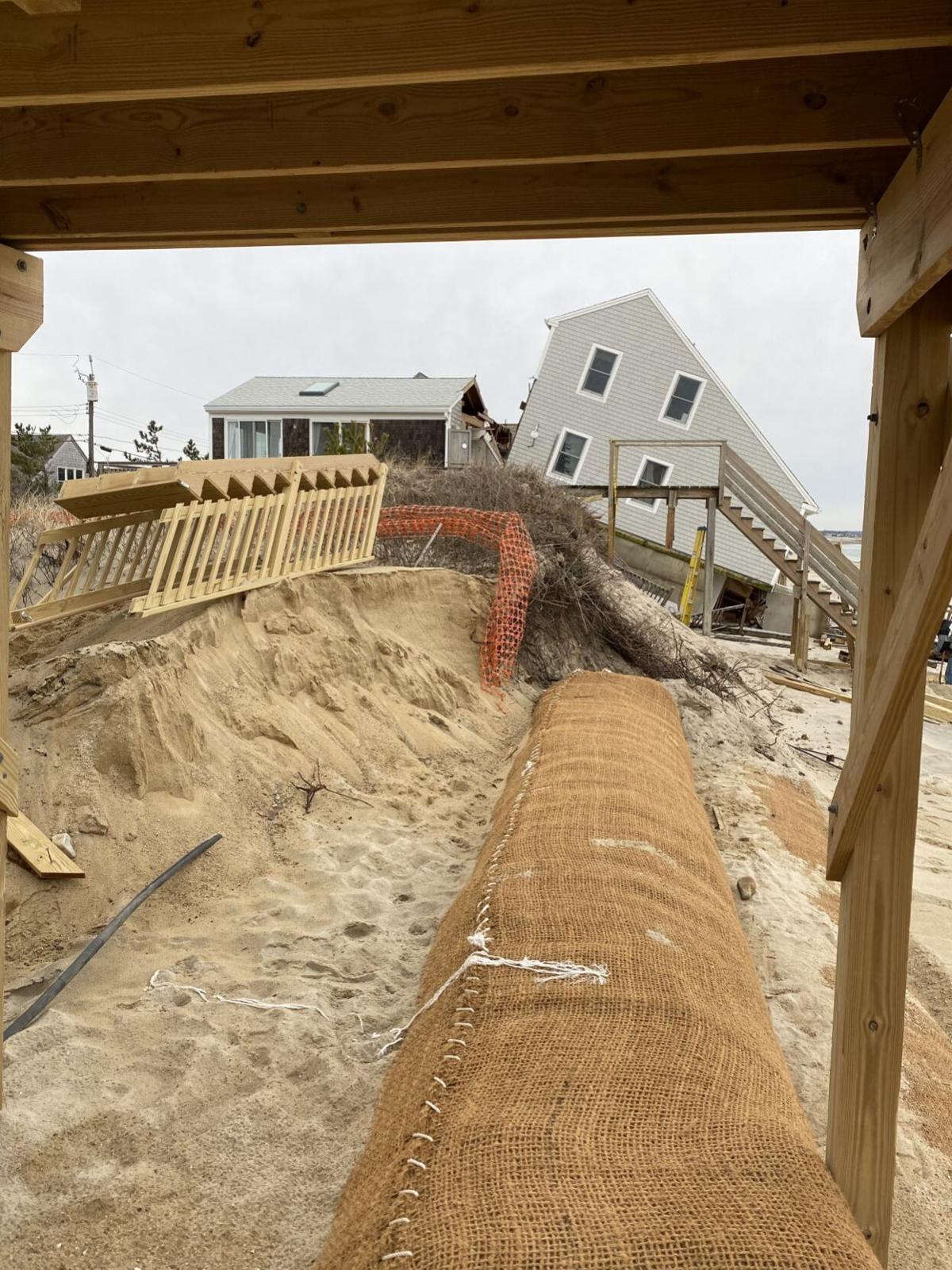 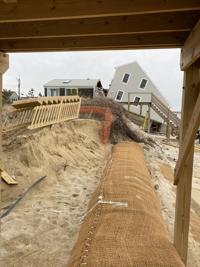 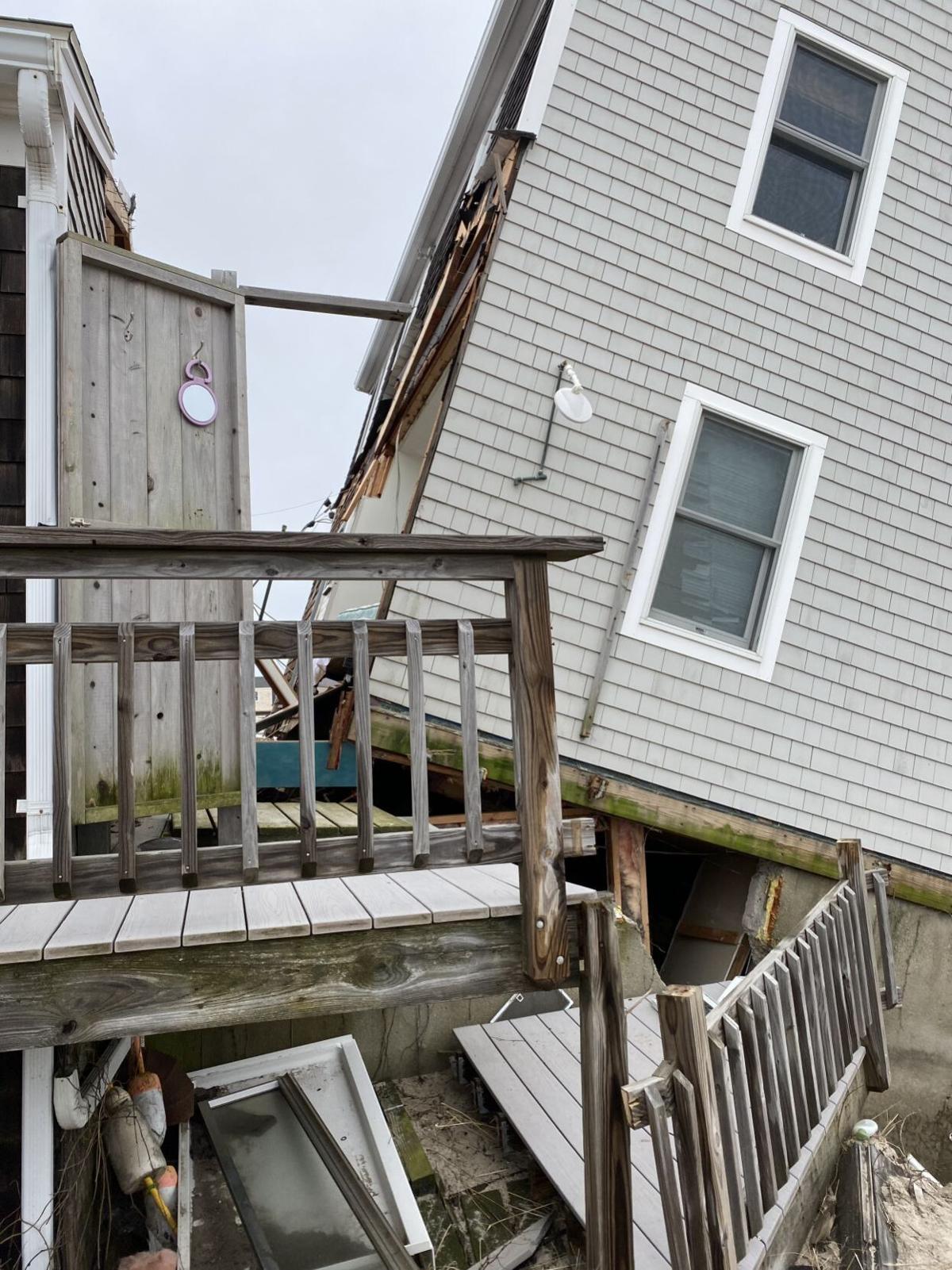 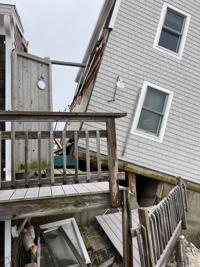 Erosion was the undoing of another home on Springhill Beach last week. The unsupported foundation crumbled, causing the home to topple. Work crews were on site this week demolishing the home and hauling the debris away.

The full moon and high tides late last week ate into his dune, hollowing out the stairway’s base, but compared to the guy next door, Mr. Pottey got off easy.

The home of Mr. Pottey’s neighbor of 17 years last Wednesday night, February 24, slid off its foundation and onto the beach.

On Sunday, the property at 100 Salt Marsh Road was strewn with yellow caution tape. A bulldozer sat idle in the driveway.

“He knew this was coming,” Mr. Pottey said.

A northeaster in December brought the sea up to the house, Mr. Pottey said. Another storm in early February tipped the foundation into serious compromise.

Nevertheless the owner, who is now in New Hampshire, thought he could save it, Mr. Pottey said.

After the blow last Wednesday night, the small gray house’s concrete base cracked apart, causing the house to tilt and slide toward the sea.

“We lost three houses and maybe more. Multiple storms do a lot of damage even though they were described as ‘moderate,’” Mr. DeConto said earlier this month. “It’s not the worst I’ve seen, but we’re not through the winter yet.”

Mr. DeConto has said storms with winds out of the north or east are particularly hard on Sandwich’s fragile coast. The series of such storms in recent weeks—along with very high tides—has pummeled homes to the point that hundreds of thousands more cubic yards of sand are needed to protect beach communities and the nearby downtown areas.

The town is awaiting final approval from the US Army Corps of Engineers to dredge about 388,000 cubic yards of sand from a site off Scusset Beach. The $25 million worth of sand would then be placed along Town Neck Beach.

Although storms will continue to rob the beach of sand, the 388,000 cubic yards of new sand will greatly improve the health of the dune, the Army Corps and the town’s beach consultant, Woods Hole Group, have said.

Mr. DeConto said that while the sand replenishment and ongoing deposit of sand will, hopefully, add many more years of life to the dune, it is expensive and storms will keep on coming.

The town, the county and the state are looking at long-range plans that include modifying roads and embankments, raising buildings and, eventually, retreating from the sea.

Heritage Museums & Gardens Opens The Season With Spotlight On Play