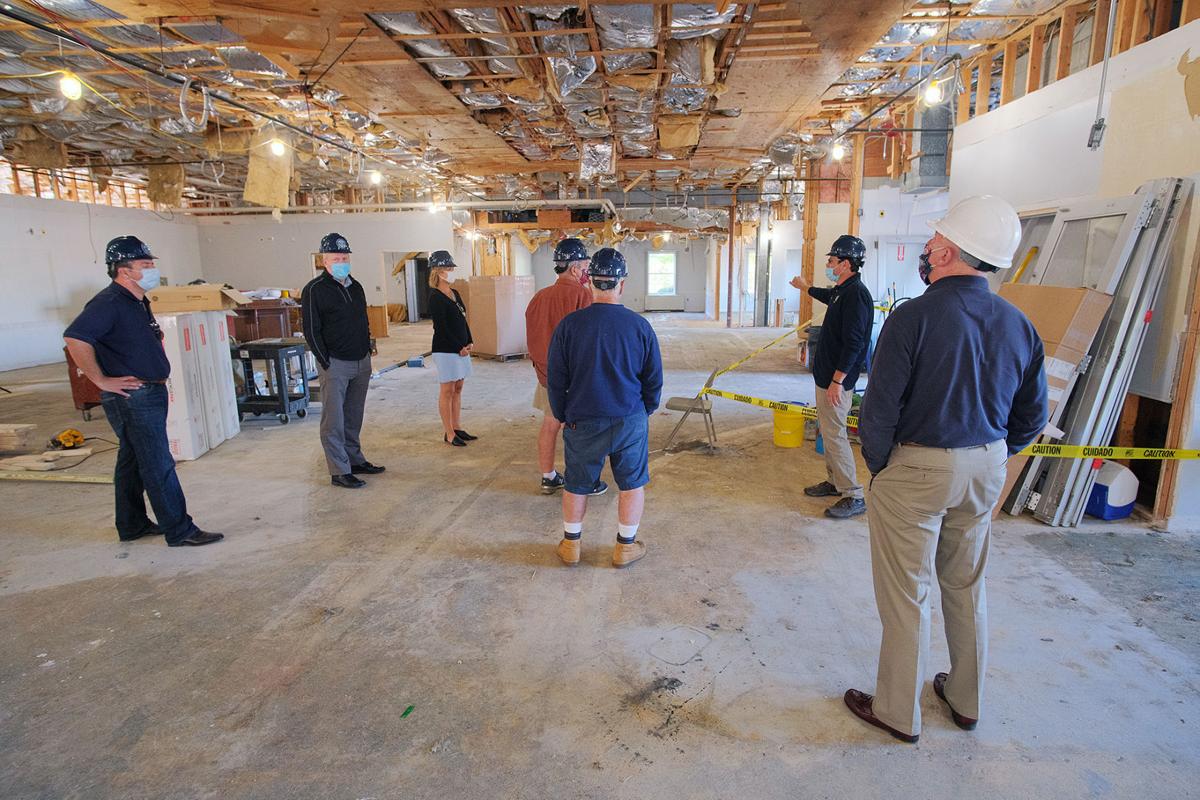 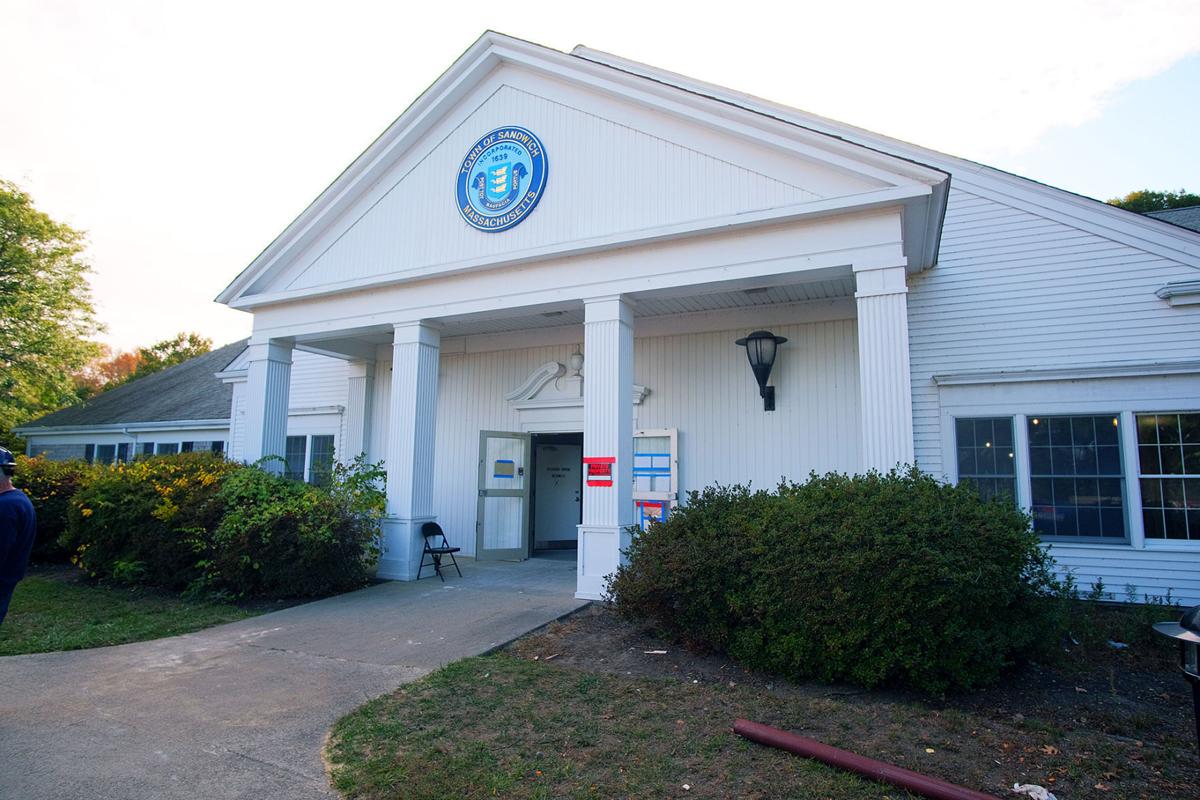 Site tour of the construction progress at 100 Route 6a in Sandwich.

Site tour of the construction progress at 100 Route 6a in Sandwich.

Sandwich town officials had sticky feet and smiling faces this week after touring the fresh construction site of town offices at 100 Route 6A.

Much of the debris from the former Santander Bank building has already been removed by demolition crews, and interior framework is well underway in the basement.

“This area will be for the building department, the health department and the natural resources department,” said Facilities Director Brian Schlegel, who led the tour on Tuesday, October 6.

He was indicating an area on the building’s first floor, just inside the main entrance, that is expected to be the most heavily used by the public. Service counters will flank those offices and the financial services offices, Mr. Schlegel said.

The smell of plywood and newly exposed cement greeted the nine visitors as they made their way across floors still lightly covered with glue from torn-up carpeting.

A pile of concrete rubble on the east side of the building is all that is left of a huge first-floor vault. That corner space will become the new office of Town Manager George H. (Bud) Dunham when the project is complete.

Other former bank vaults on the first-floor and basement areas will be kept intact for storage of files, Mr. Schlegel said.

The construction crews of general contractor APC Development Group have already installed the framework for the downstairs offices, which will include the IT, human resources, engineering and planning departments.

Designated spaces for a kitchenette, storage, conference rooms and restrooms have been marked off in places with X’s on the wall. The concrete floors will be covered with a combination of carpeting and tile, Mr. Schlegel said.

At the moment, sawhorses bearing fresh-cut planks are the only downstairs furnishings.

At the back of the basement area, big chunks of concrete wall have been removed. Widows allowing natural light to flood the downstairs offices will be installed in the newly opened areas.

Replacement of those outdated systems—and opening up the back walls of the basement—drove the price of renovation up about $1.8 million beyond the original $3.9 million tab voters approved in 2019 for the purchase and renovation of the 16,000-square-foot building.

“We are really grateful to the voters for approving the extra money we needed,” Mr. Dunham said. “The employees will now have much better working space.”

Construction crews began gutting the building in August. If all goes according to plan, construction is expected to be completed by summer or early fall of 2021, Mr. Schlegel said.

Town offices are now located in the industrial park on Jan Sebastian Drive and downtown at town hall and the town hall annex, both on Main Street.

Asked whether he would miss his corner town hall office overlooking Shawme Pond, Mr. Dunham said, “No. I don’t really look out the window that much.”

Mr. Schlegel said he was grateful to be able to continue working throughout much of the COVID-19 shutdown.

Besides the municipal office building, planning and behind-the-scenes work has continued on the town’s other two big projects—a $3.5 million interior renovation of the Sandwich Public Library and the construction of a new, $17 million senior center.

The library, which is at 142 Main Street and has not been redesigned since the 1980s, will be renovated into a technology-friendly building with inviting, uncluttered rooms filled with light and open space.

It will also boast a new Americans with Disabilities Act-compliant entry ramp, mechanical, electrical and lighting upgrades, an accessible entry to a rear patio area, a new sprinkler system and, a tech bar equipped with outlets for laptops, tablets and phones, Virgil Pacheco of Pomroy Associates, the town’s project management company, said.

General contractor bids are expected to come in later this month, and construction is slated to begin in November, Mr. Pacheco said.

More than 100 contractors expressed interest in the project when the town announced the commencement of its prequalification process, Mr. Pacheco said.

That process, mandated by the state for municipal projects of $10 million or more, helps winnow out the less-qualified contractors, he added.

The town sent out 90 packages to interested contractors and is expecting to hear back by late this month. The project manager and other town officials will review and score the applications by mid-November, Mr. Pacheco said.

Bid invitations are expected to be opened in December and closed by mid-January.

The town would like to begin construction on the senior center next spring, with a completion goal of summer 2022.

“Everything is on schedule and flowing smoothly,” said Mr. Schlegel, who was recently hired as the town’s facilities director and has been very busy since coming aboard. “It’s exciting.”

Photographer Mark Chester Will Give Talk On Saturday