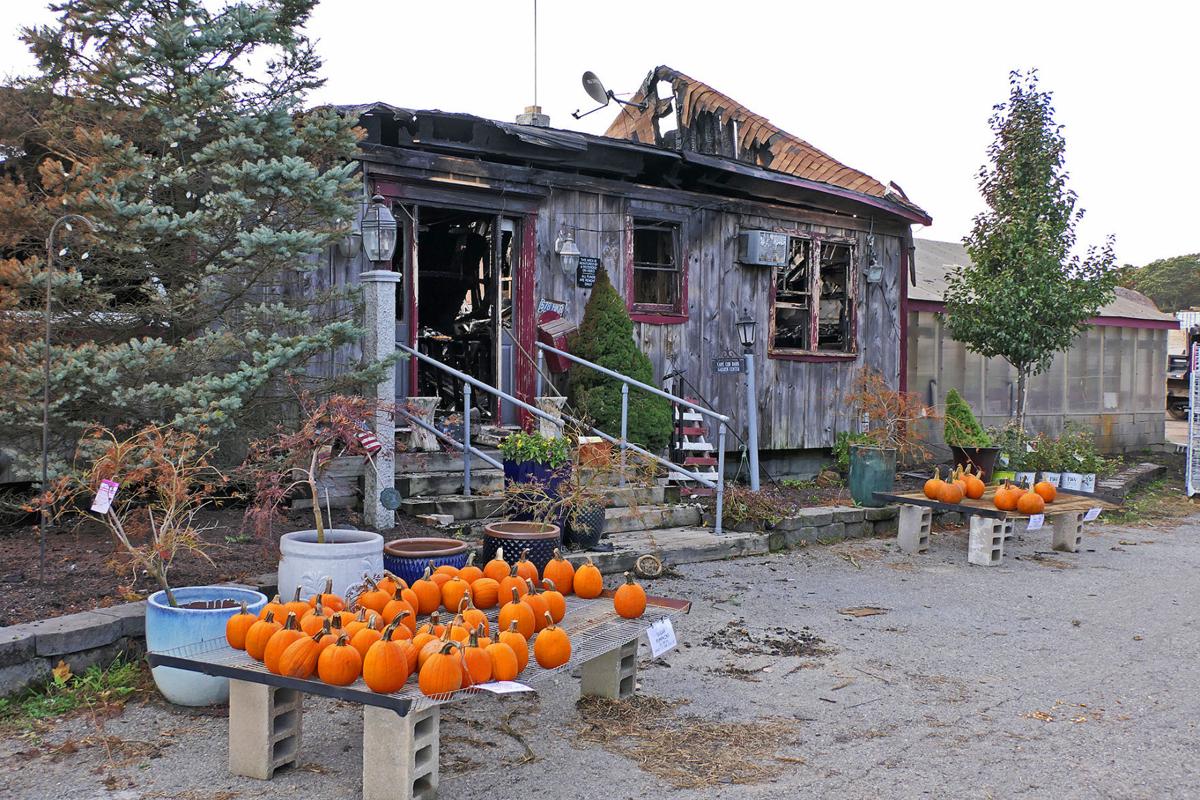 A fire destroyed the building at Russo’s Cape Cod Bark & Landscape on Saturday. The business has remained open selling pumpkins and plants under a tent outside. 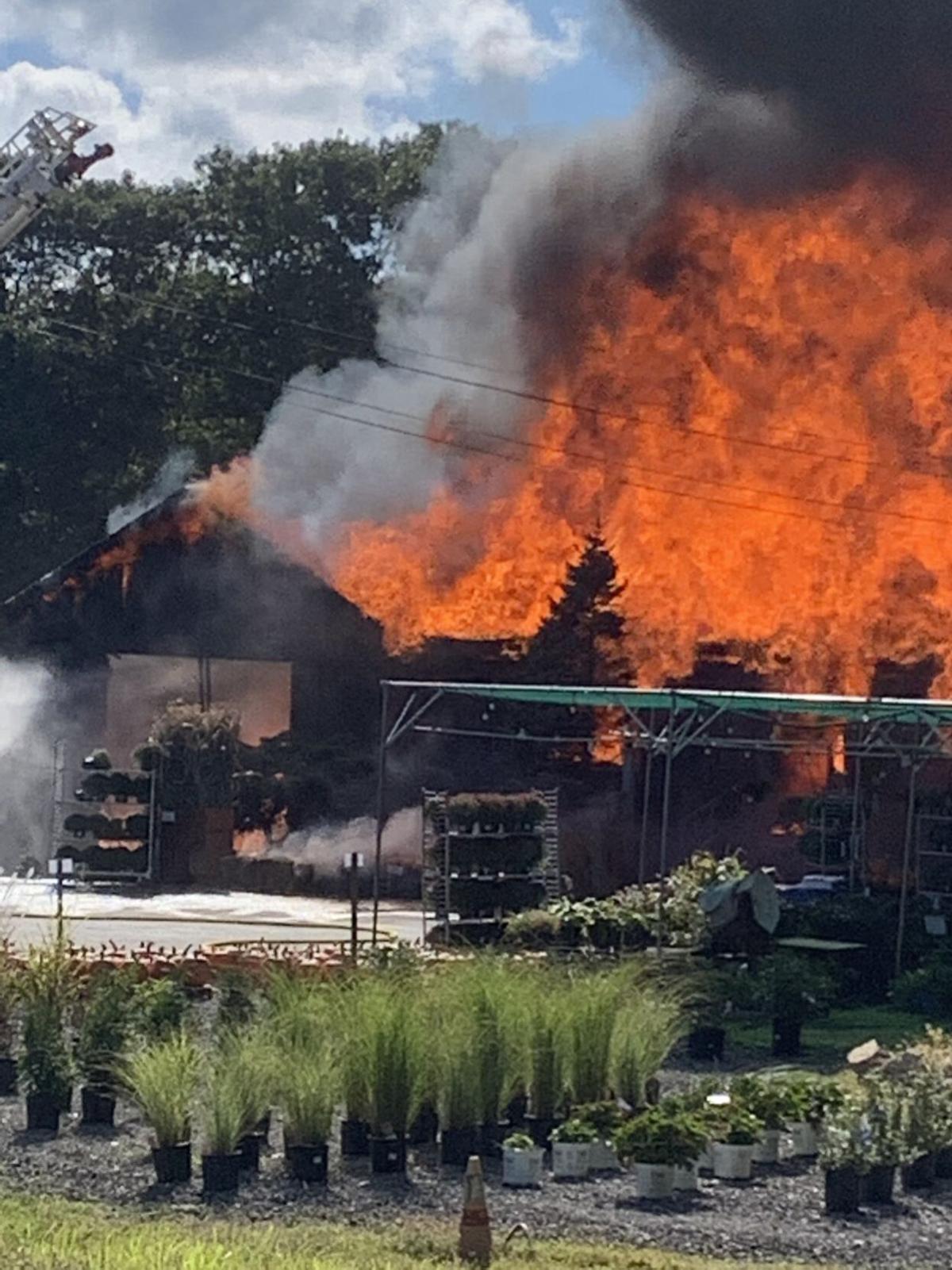 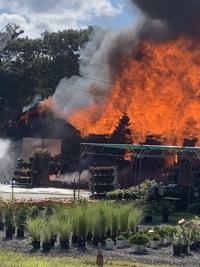 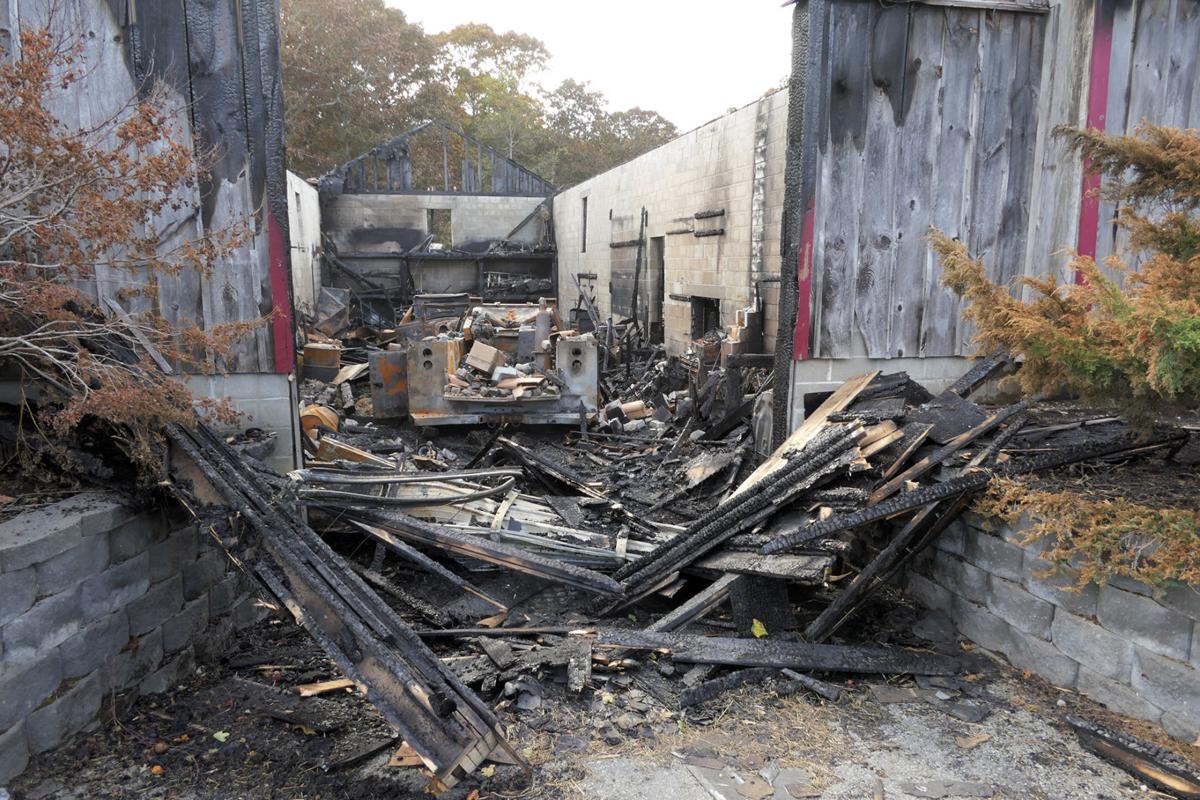 Russo’s owner, Pasquale “P.J.” Russo, said the fire started in this garage area while a mechanic was working on a vehicle. 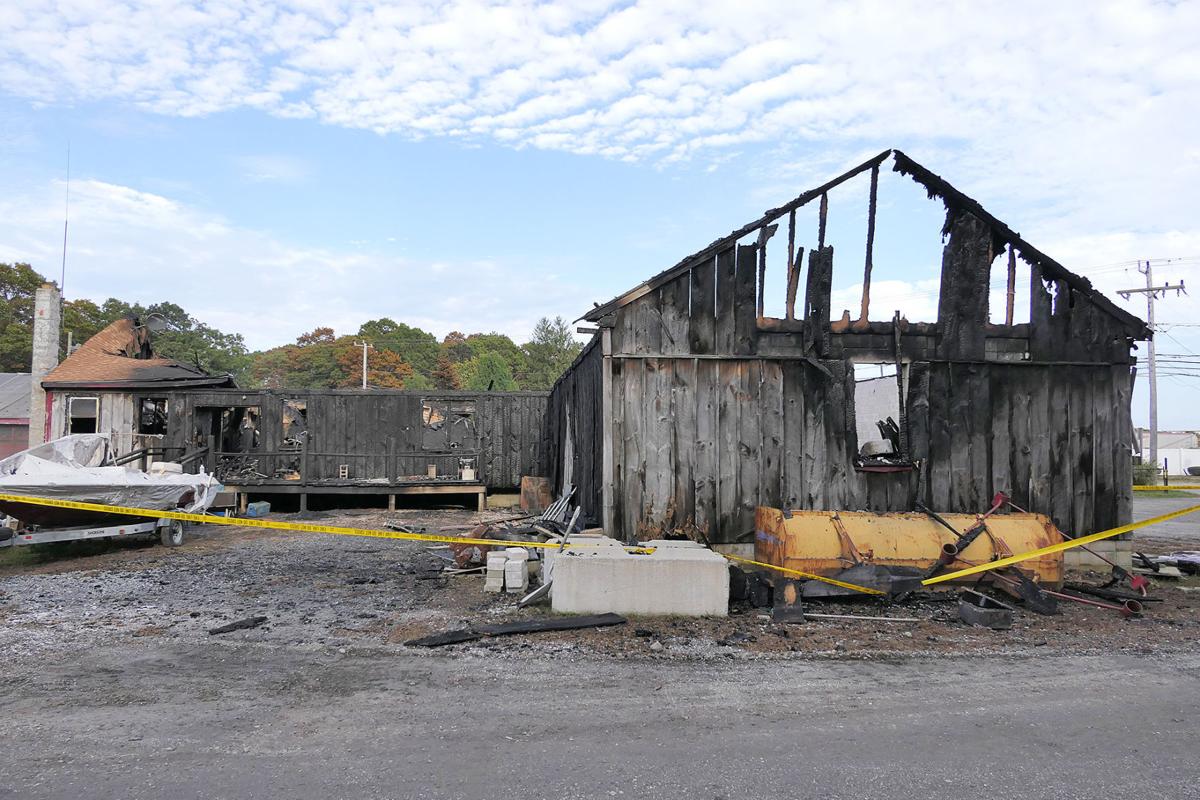 A view of the rear of the building. 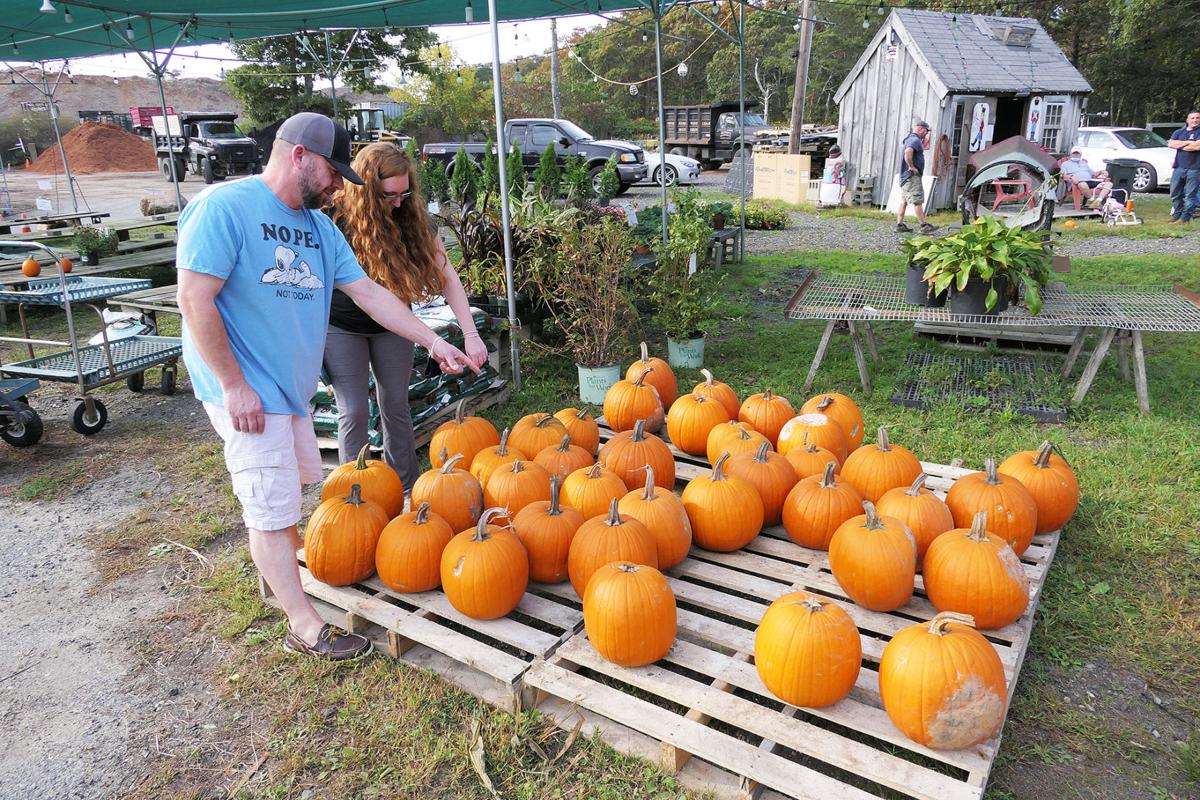 Emily Andrews of Chatham and Jeff Franklin of Harwich pick out some pumpkins at Russo’s.

A fire destroyed the building at Russo’s Cape Cod Bark & Landscape on Saturday. The business has remained open selling pumpkins and plants under a tent outside.

Russo’s owner, Pasquale “P.J.” Russo, said the fire started in this garage area while a mechanic was working on a vehicle.

A view of the rear of the building.

Emily Andrews of Chatham and Jeff Franklin of Harwich pick out some pumpkins at Russo’s.

In the days since a fire destroyed the building at Russo’s Cape Cod Bark & Landscape, the community has pulled together for the Forestdale garden supply company.

Owner Pasquale J. (P.J.) Russo said that the support from the community has been incredible in the past few days.

While some of the things that were lost in the fire cannot be replaced, much of his product is sold outside. When they opened for business the day after the fire, he said that people came out in droves to help out.

“The flood gates opened,” he said.

An investigation determined that the fire started as a mechanic was working on a Ford Model A pickup truck inside the garage area. The fire ignited gas vapors and the flames spread to 60 bales of hay and the retail space.

When the Sandwich Fire Department arrived on scene, the building was already 75 percent involved. It took 30 firefighters from multiple departments more than two hours to extinguish the blaze.

Station coverage was provided by Barnstable, Cotuit and Plymouth.

The building was deemed a total loss, as were the Model A truck, another pickup truck, and two motorcycles.

One firefighter was treated for a minor injury at the scene.

The fire has not stopped Russo’s from being open for business. Several hours after the fire, the company made it known on social media that it was grateful that no one was hurt as a result of the fire and that it would still be selling pumpkins and mums the next day.

“We will rebuild and make Russo’s even better!” the Facebook post said. “We may not have our building, but we still have product.”

The post was shared more than 200 times. Additional posts in support of the company were made by Forestdale Elementary School and Graziella’s Artisan Pizza Co., with the social media tag #RallyRoundRussos.

The Forestdale post stated that Russo’s has long been a supporter of and donor to the school.

“As they open for business today, let’s show our support for the Russo family as they have shown for our school over the years!” the post said.

The day after the fire, the company expressed their thanks to all the people who came out to support it that day.

Marc Petralia, the owner of Tomatoes Italian Grille and Bar, supplied the staff with lunch.

By the end of the day Monday, September 28, Russo’s had sold out of mums.

The business expects to remain open as it plans to rebuild.

Mr. Russo said that he plans to be rebuilding for the next year, but will continue to be open for business during that time. He said that pumpkins and mums will be restocked throughout the fall.

“It’s come back tenfold,” he said.