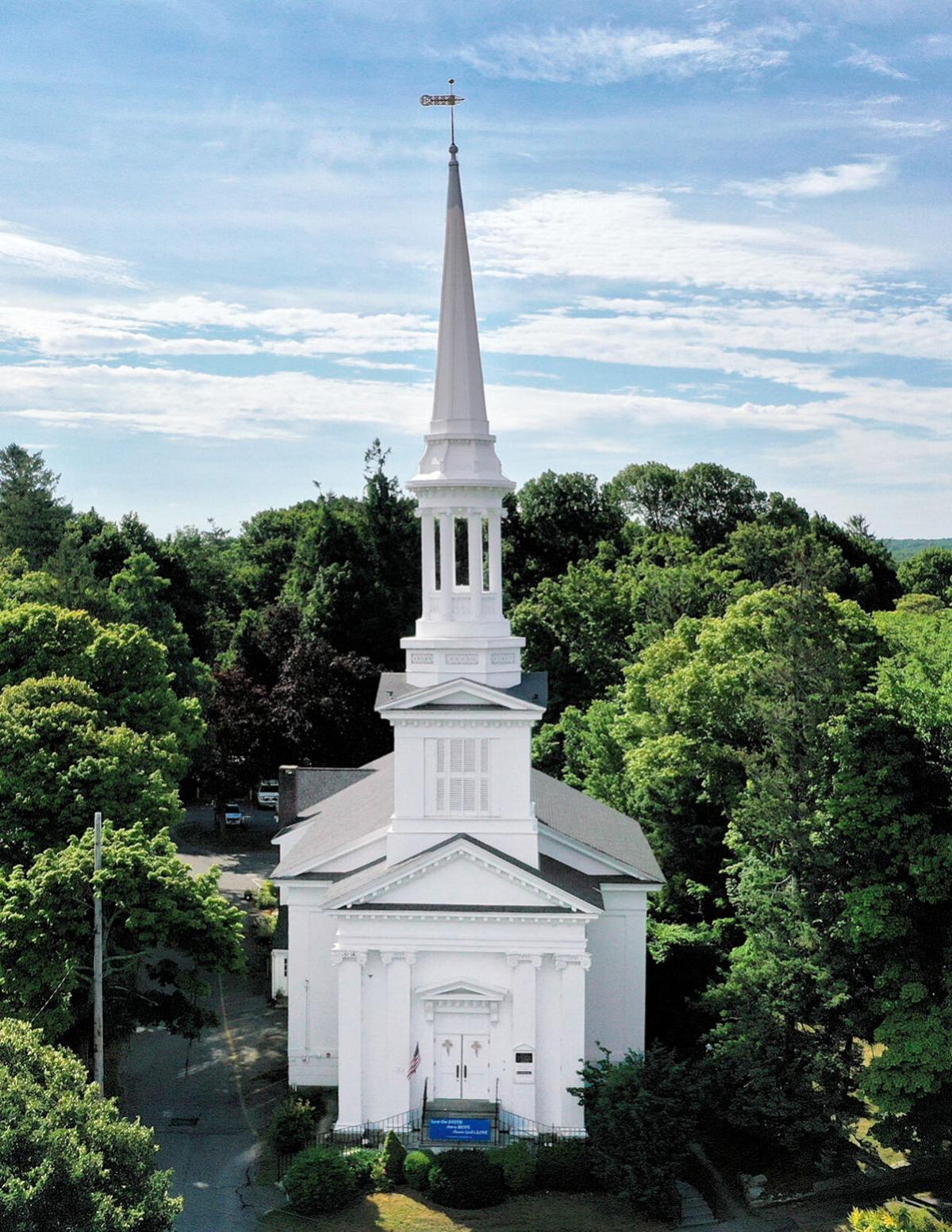 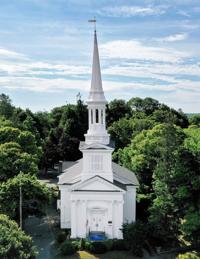 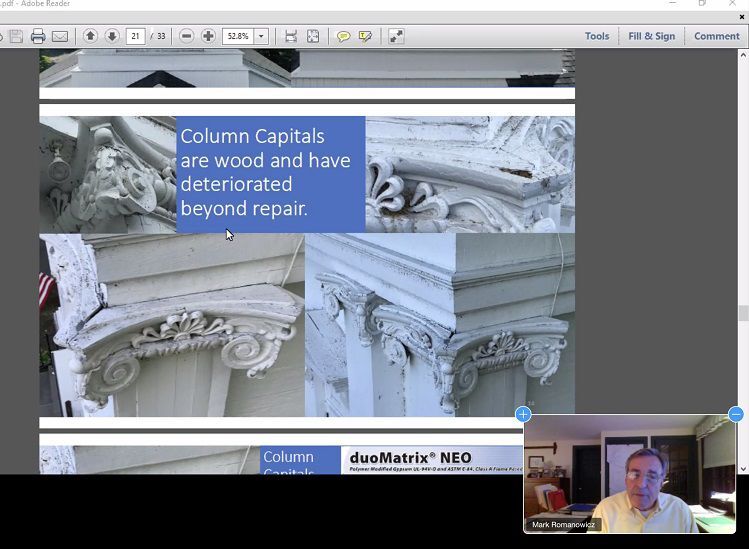 Mark Romanowicz discusses replacing much of First Church’s facade, including the old wooden columns and their ornate capitals, with PVC.

Mark Romanowicz discusses replacing much of First Church’s facade, including the old wooden columns and their ornate capitals, with PVC.

First Church of Christ, one of the oldest and most visible historic landmarks in Sandwich Village, outlined a bold plan this week to replace much of its 174-year-old wooden façade with vinyl siding.

The proposal was revealed to the members of the Sandwich Historic District Committee on Wednesday night, October 14.

Had it not been a remote Zoom meeting, an observer might have heard gasps of surprise from the members of the Sandwich Old King’s Highway Historic District Committee.

The idea to replace rotting and leaking boards with specially designed PVC or polyvinyl chloride materials, was presented to the committee by church spokesman Mark A. Romanowicz.

The replacement materials would be used on the belfry, the narthex (the entrance to the building), the column capitals (the crowning scroll-like pieces at the top of the front columns) and the gable, the triangular area above the entranceway, Mr. Romanowicz said.

The Main Street church has had to repair and repaint these parts every two or three years, which is laborious and costly, he said. Despite these efforts, water is leaking into the interior.

“The church’s horizontal and vertical boards appear to be smooth from a distance,” Mr. Romanowicz said. “But when you get up close, you really see what the weather and the water has done.”

The PVC materials the church is proposing would be specially treated to look weathered by a series of “microgrooves” cut into the vinyl siding.

William T. Collins, chairman of the Sandwich Historic District Committee, said he did not like the idea.

“Similar materials were not allowed at Town Hall or at a nearby tavern,” when those buildings were recently renovated, Mr. Collins said. “We’ve said ‘no’ twice. With such a large piece I am struggling.”

“I’m not sold on the PVC for many reasons,” Ms. Foley said, although she said she sympathized with the church’s ongoing upkeep issues.

“We do appreciate what you’re going through,” she said.

“I echo the same comments. I am struggling with the PVC on this building,” she said.

Nevertheless, the committee members said they would visit the site within the next two weeks to get a better idea of the problems and the proposed solution.

In answer to a question from Ms. Foley about similar work on Cape Cod, Mr. Romanowicz said the Methodist Church in Chatham recently used PVC siding during a renovation.

Ms. Foley said she would like to find earlier examples of historic buildings that were covered in PVC.

“I want to see how it wears over time,” she said.

The rot and leaks were revealed during an ongoing interior renovation of First Church’s sanctuary, Mr. Romanowicz told the committee.

“Earlier in the year we noticed some staining on the ceiling,” Mr. Romanowicz said recently. “We climbed up into the attic and, sure enough, we found that the ceiling was disconnecting from the trusses.”

Engineers were brought in and determined the damage was fixable, but the scope of work would require that the sanctuary be vacated for several months.

A second renovation phase will include improvements to the belfry and the narthex—or entryway—and the floors.