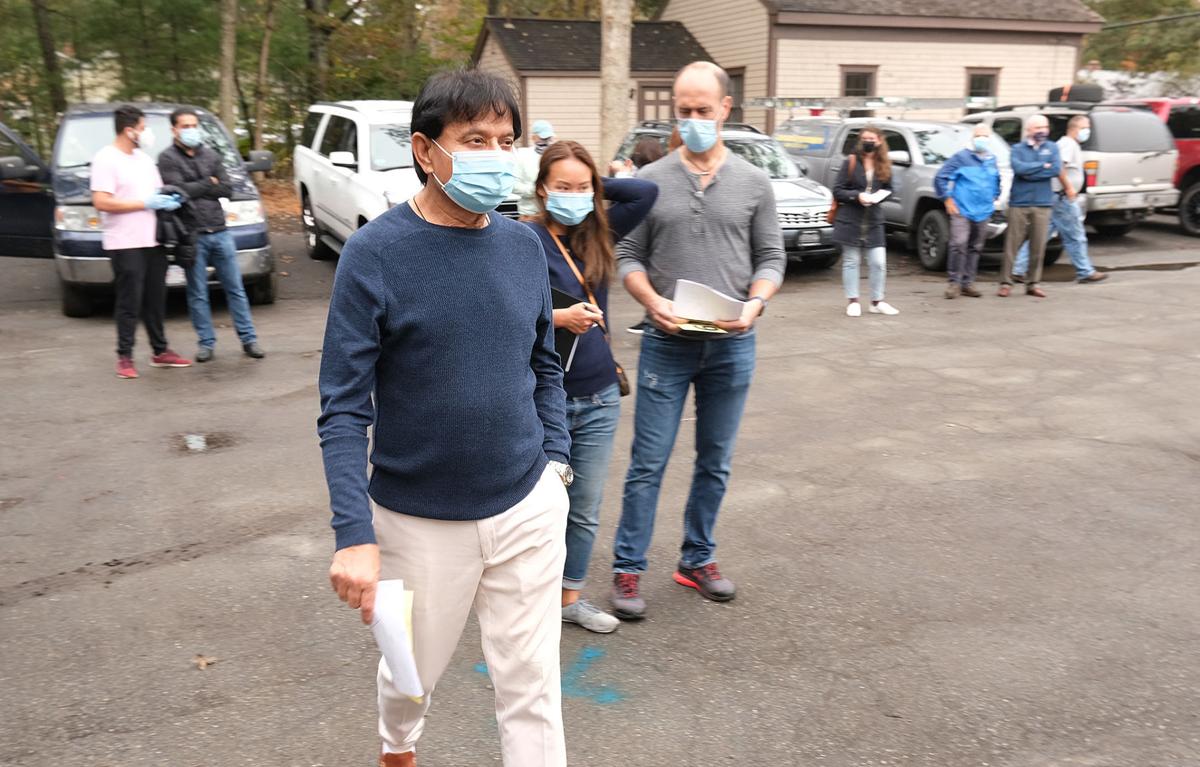 Saeed Chaudhry, the winning bidder for the former Forestdale Fire Station property, walks up to finalize the purchase after the close of the auction. Mr. Chaudhry owns the Shell Station across the street. 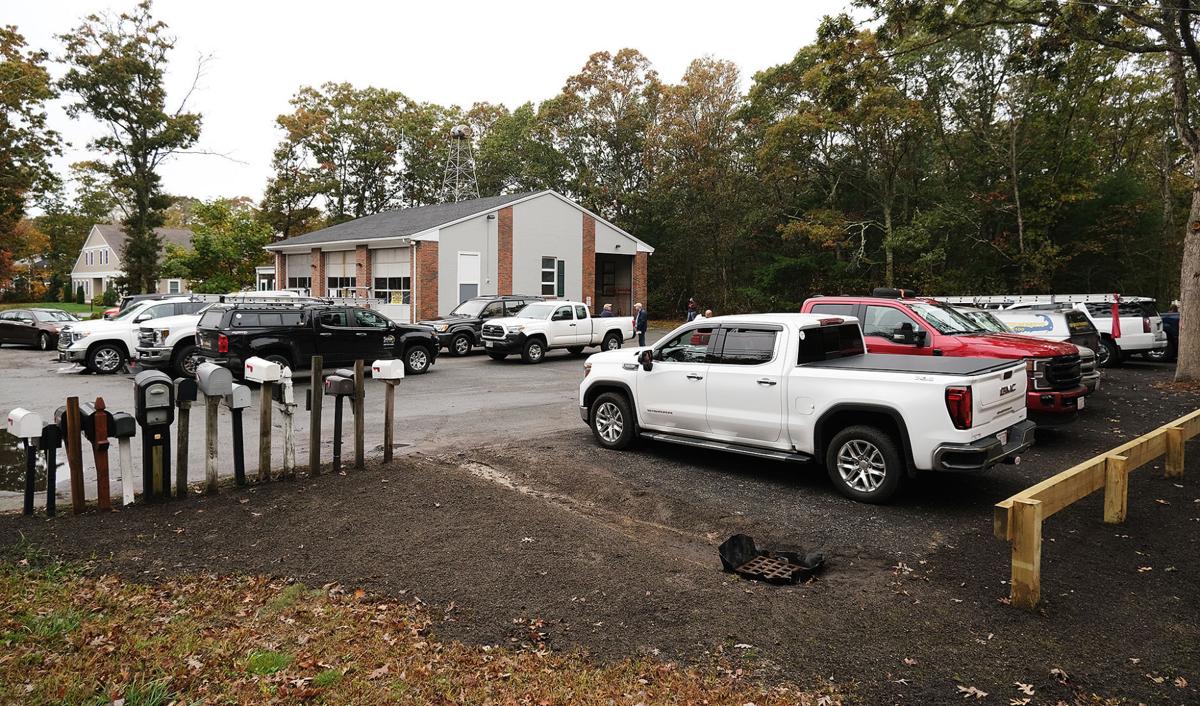 The lot at the former Forestdale Fire Station is filled with the vehicles of interested bidders during Wednesday’s auction. 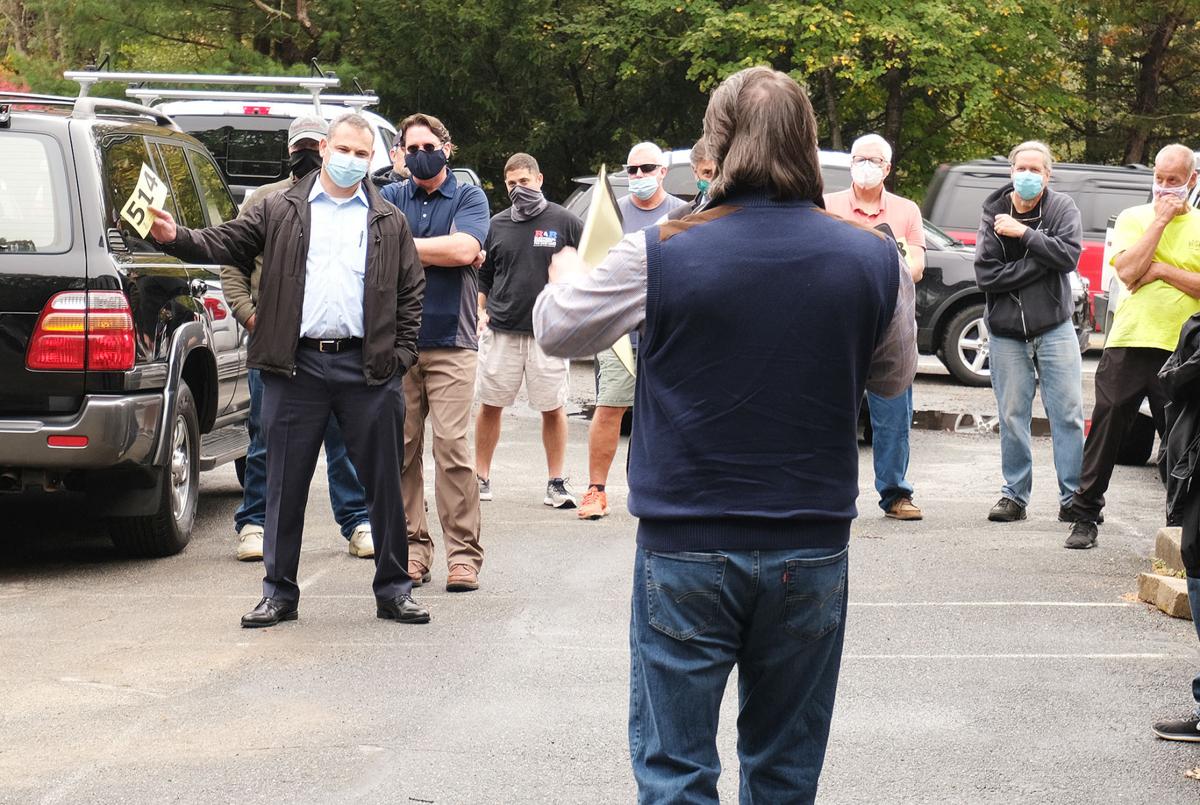 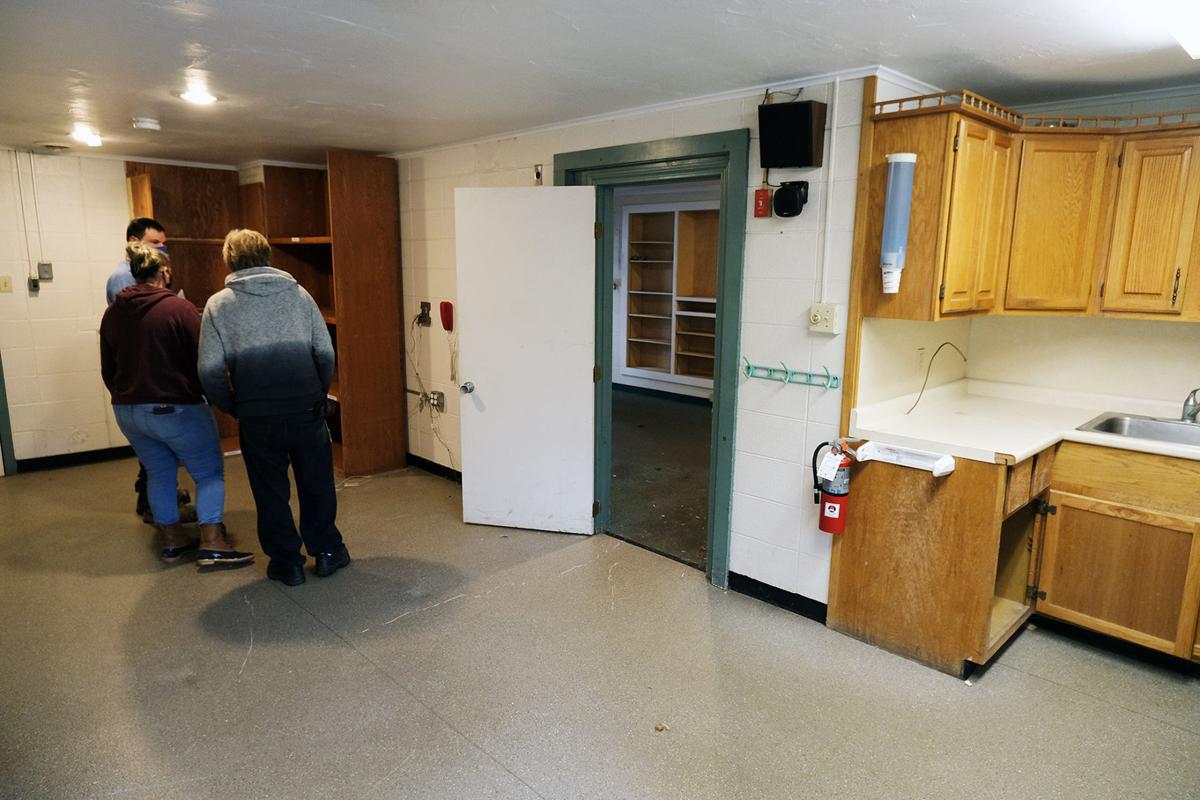 Bidders tour the old fire station building before the start of the auction. 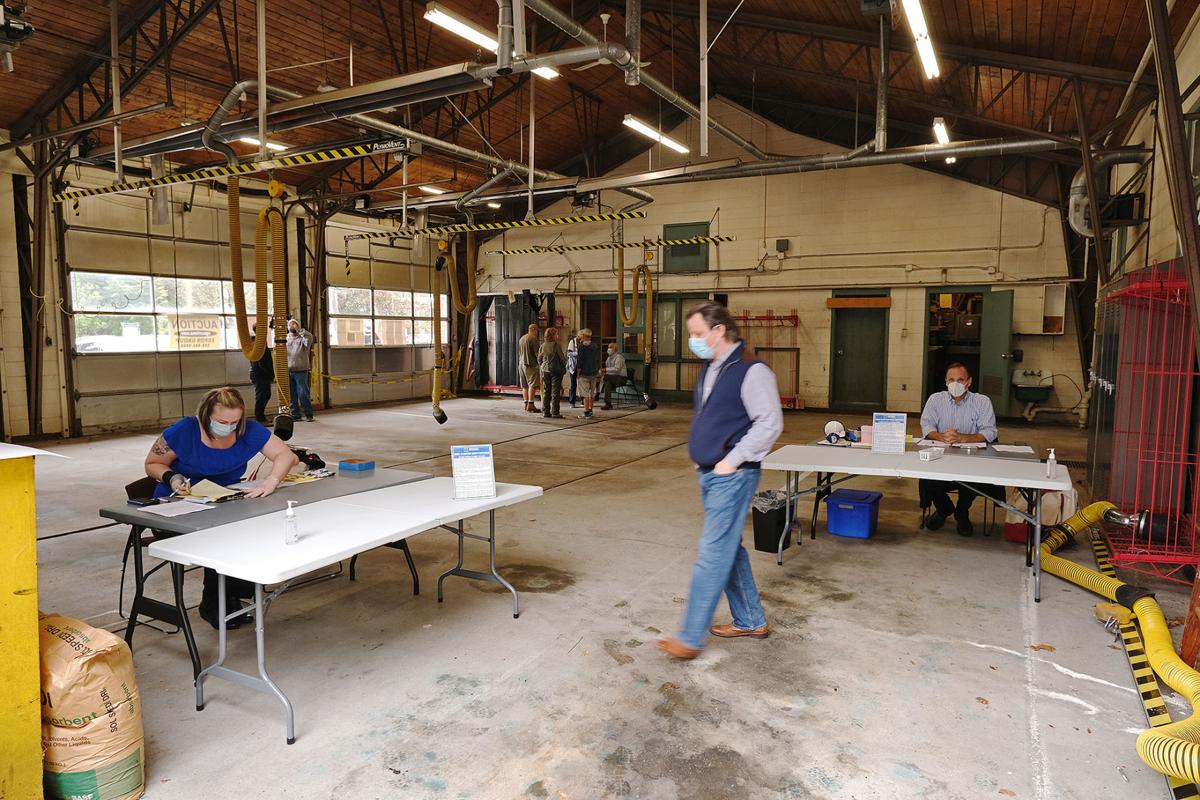 Bidders take a look at the garage portion of the building.

Saeed Chaudhry, the winning bidder for the former Forestdale Fire Station property, walks up to finalize the purchase after the close of the auction. Mr. Chaudhry owns the Shell Station across the street.

The lot at the former Forestdale Fire Station is filled with the vehicles of interested bidders during Wednesday’s auction.

Bidders tour the old fire station building before the start of the auction.

Bidders take a look at the garage portion of the building.

Cloudy skies did not deter the 60 people who stood masked and socially distanced in the parking lot of the old Forestdale Fire Station on Wednesday, October 21, for a live auction of the building and its grounds.

The winning offer of $685,000 came after a spirited bidding war between two neighboring property owners. The high bidder, Saeed Chaudhry, owns the Shell gas station and convenience store across Route 130 from the firehouse, according to town officials.

In the final moments of the auction, Mr. Chaudhry was bidding against Evan Cohen, owner of brick medical buildings next door to the old fire station.

“I was thinking of adding another medical building,” Mr. Cohen said. “But when you think about the taxes and renovations that will be needed, you have to set a limit.”

Mr. Chaudhry declined to speculate about the building’s future.

After the 11 AM opening, auctioneer Paul Zekos, speaking rapidly, shepherded the bidding up and over the $500,000 mark—out of the comfort range for most of the attendees.

“I have one word for today’s auction: dynamite,” Mr. Zekos said after the auction. “People obviously want to own a landmark property in Sandwich.”

Before the auction began, people strolled around the one-acre property and looked into the small kitchen and bunk area, offices and a bathroom.

Selectman Robert J. George, a Sandwich firefighter for most of his life, said he remembered working out of the Forestdale station.

Asked if he had any interest in bidding on the building, he shook his head.

One attendee asked Mr. Zekos about underground contamination of the site at 85 Forestdale Road.

Mr. Zekos has said there had been questions about whether contaminants might have leaked into the groundwater from munitions testing at Joint Base Cape Cod many years ago. Other questions centered on possible contamination from a former salvage yard in the area and on whether fuel had been stored beneath the station.

A report by an environmental consultant that was posted on a front window of the firehouse said the military base contamination had been remedied and that other leaks and spills had not caused major contamination.

Holidays At Highfield Opens This Weekend