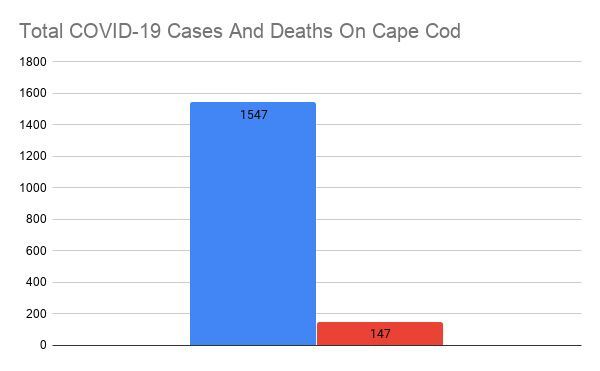 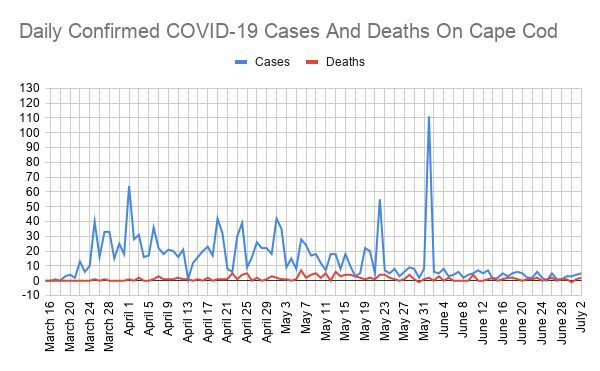 With key metrics regarding COVID-19 continuing to trend in a positive direction, Governor Charles D. Baker Jr. announced Thursday, July 2, that the third phase of the state’s economic reopening plan will start next week. This includes the reopening of fitness centers, museums and youth sports programs.

Gov. Baker said the third phase will start Monday, July 6, for most of the state. This will be delayed one week for the City of Boston.

Similar to the second phase, phase 3 will be broken into two parts.

As with previous phases, a number of restrictions in place are specific to each industry sector opening up. All sectors have requirements of social distancing, sanitation and face coverings, as has been standard throughout the reopening process.

Fitness centers will be restricted to 40 percent occupancy with no more than eight people allowed in an indoor space per 1,000 square feet. Exercise equipment will need to be spaced out no closer than 14 feet apart unless there are physical barriers installed, in which case the machines can be spaced six feet apart. In the event that equipment cannot be spaced, machines should be blocked off.

Without face coverings the minimum space between people working out should be 14 feet. This is reduced to six feet in situations where face coverings can be worn.

All equipment must be thoroughly sanitized between customers, and circuit training is not encouraged at this time. Centers are required to have sanitation materials available next to each piece of equipment, ideally disposable sanitation wipes.

Locker rooms will need to be set up to allow for proper social distancing, and showers in most facilities will be closed. The exception is for pool facilities, where a separate set of standards applies.

Here's What Will Be Opening

Here’s the full list of everything included in the first step of the phase 3 openings:

Museums and historical centers are also expected to stay at a 40 percent capacity with a distance of six feet expected between patrons. Trolleys, duck boats and harbor cruises are allowed at 50 percent capacity. These counts should include visitors and staff.

Museums are also encouraged to offer timed-entry tickets and to offer informational materials, such as brochures, through digital means.

Signs reminding guests of the health and safety advisories need to be present in all cases across all industries.

Gov. Baker said these restrictions do not apply to backyard gatherings or walking through parks.

Additionally, at weddings and parties, bars and dance floors will need to remain closed at this time, and groups of guests should be limited to six people.

Sandwich Library Staff Is Working On A Reopening Plan

The checklist provided for indoor recreation facilities includes occupancy restrictions to 40 percent, group bookings limited to 10 people and the reconfiguration of equipment and space to ensure that people are able to maintain a distance of six feet.

As of press time, the information specific to reopening the other sectors in phase 3 have not been posted online. Reopening information is available at www.mass.gov/reopening.

Gov. Baker said getting to this point in the reopening is largely due to the vigilance and dedication of Massachusetts residents when it comes to social distancing, face coverings and good hygiene. The state continues to show evidence of being on track to contain COVID-19, which includes having had the first day in months with no newly reported deaths in the state on Tuesday, June 30. There have been deaths reported since that time.

The governor said that fewer than 800 patients are being treated statewide in hospitals. This is down from more than 3,000 patients in hospitals two months ago.

In addition to moving forward with phase 3, the governor also lifted some of the restrictions on visitors coming to the state. There has been a quarantine order in effect since March, but earlier this week it was announced that the order would no longer be in place for visitors from all New England states as well as from New York and New Jersey.

This decision was made based on the strides those states have made in containing the disease.

While each of the previous phases lasted about one month or less, the third phase will be ongoing for the foreseeable future. Gov. Baker said phase 4 will not be able to start until there are either therapeutic treatments available for COVID-19 or a vaccine approved for human use. Additionally, there is no set start date for the second part of the third phase.

Gov. Baker said the opening of bars and nightclubs remains in Phase 4 because there is still no safe way to open these establishments. In states where those industries have reopened, cases of the disease have spiked, which has forced those states to walk back their reopening plans, he said.

With Cape Cod entering one of its traditionally busiest tourism weekends, the Cape Cod Reopening Task Force is reminding residents and tourists that sticking with the health and safety procedures is the reason why case increases remain low and why there are fewer patients being treated in area hospitals.

“Vigilance and responsibility are what got us where we are today and will determine our process moving forward,” state Senator Julian A. Cyr (D-Truro) said.

He said the majority of people who travel to the Cape are from New England states, with only about 2 percent each coming from California and Florida—both of which are current hot spots.

During this busy weekend, there is even more of an obligation to follow the health and safety rules out of respect for the people who live and work on the Cape. Not following the guidelines is disrespectful to the people who are working hard in the region’s service industries and would put the area at risk for a spike in cases, Sen. Cyr said.