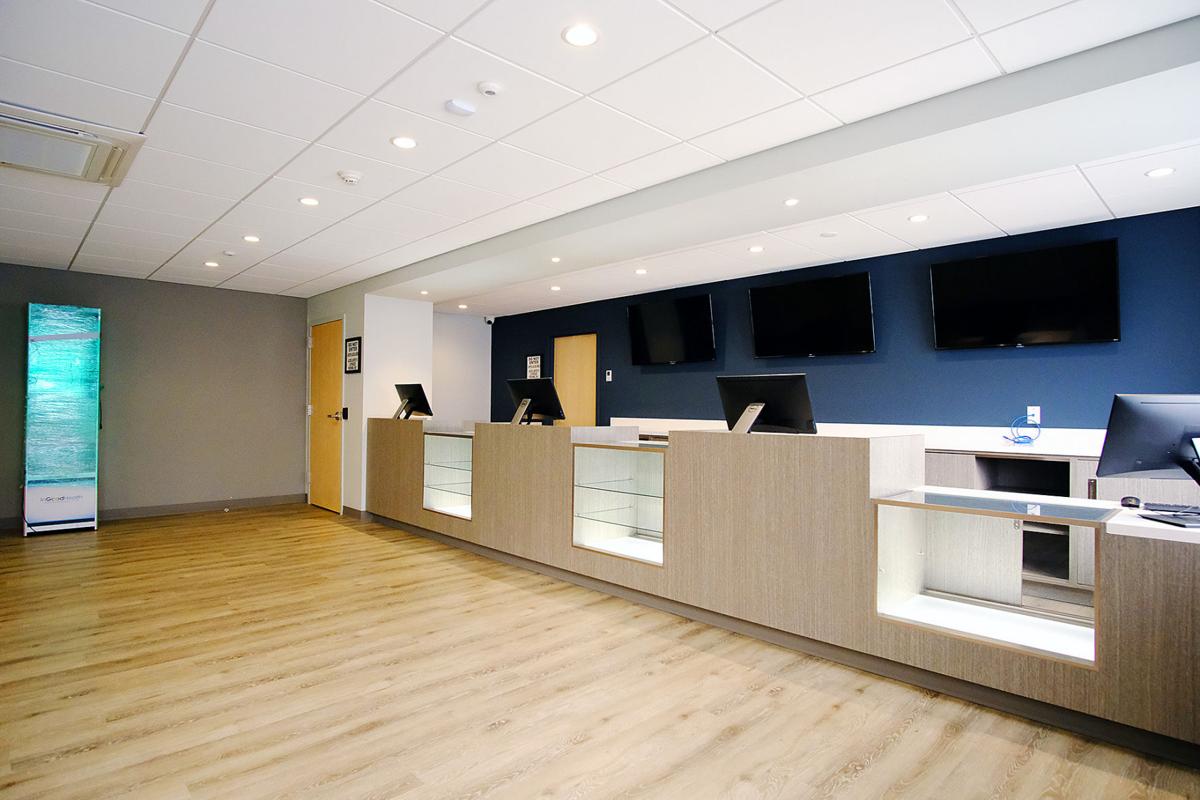 This medical marijuana store is set to open its doors later this spring at 449 Route 130 in Sandwich. The cases will be filled with both smokable and edible products. 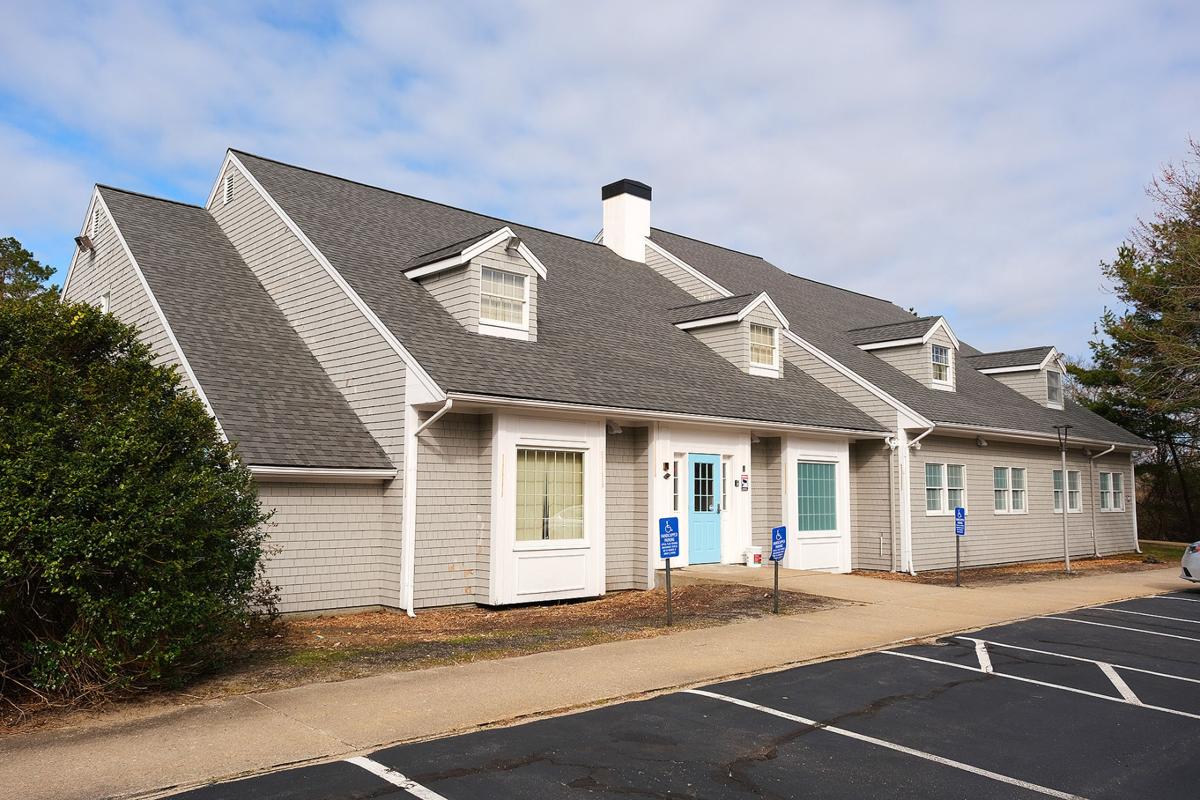 This building at 449 Route 130 will soon be the home of Sandwich’s medicinal marijuana dispensary. The shop, near Exit 59 (old Exit 2) of the Mid-Cape Highway, is set to open sometime this spring. 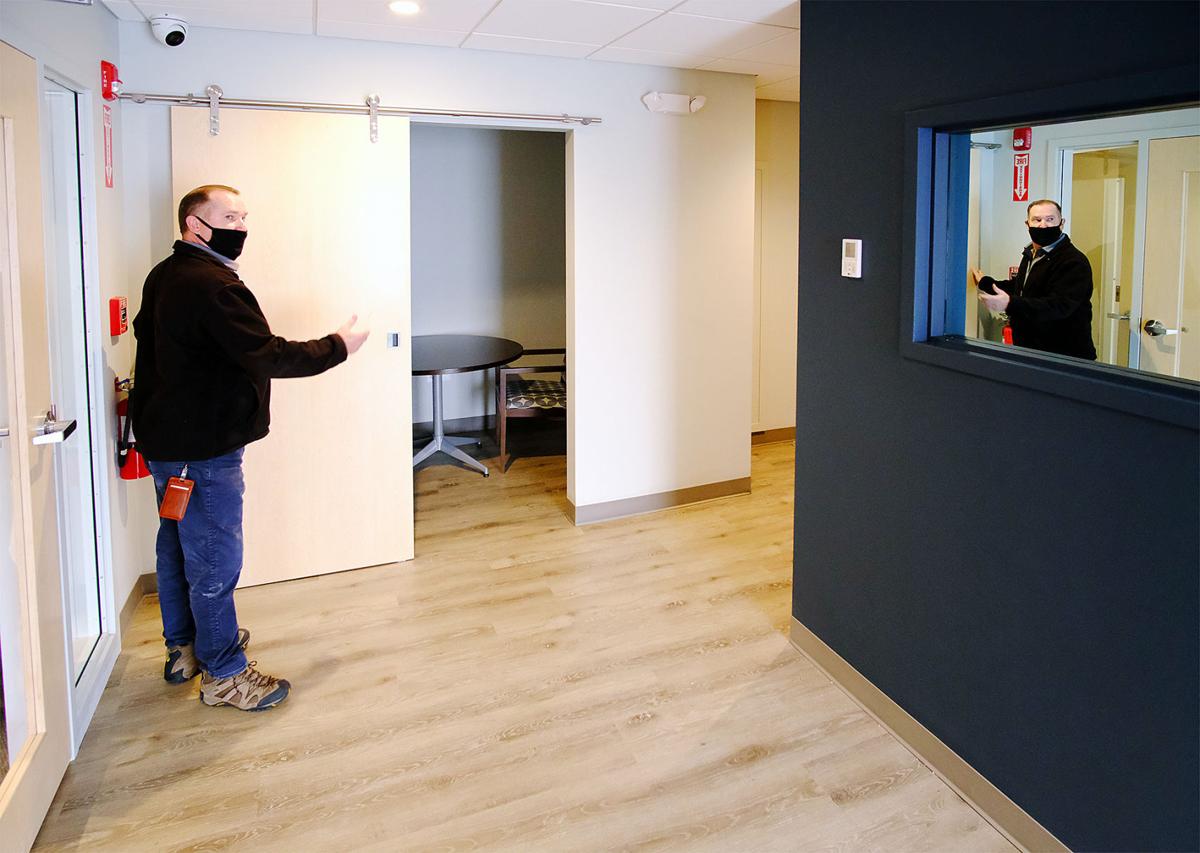 James Treweek, vice president of operations for In Good Health, points out one of the building’s private consultation rooms.

A medical marijuana business that has been trying for more than four years to expand into Sandwich is finally getting ready to open its doors this spring.

The dispensary—at 449 Route 130, near the intersection at Exit 59 (formerly Exit 2) to the Mid-Cape Highway—has already secured an occupancy permit from the town, and a special permit from the zoning board of appeals.

The company, In Good Health, is awaiting final inspections from the state Cannabis Control Commission, said David Noble, president of the company.

“We are all done with construction. My goal is to get everything wrapped up in the next 60 days and get open,” Mr. Noble said in a telephone interview on Wednesday, April 7.

The dispensary and its products will only be available to customers who have a medical marijuana card issued by a doctor, Mr. Noble said, adding that there are several doctors in the area who specialize in marijuana treatment.

The dispensary will sell smokable and edible products grown, processed and packaged at the company’s Brockton facility, which has been operating since 2015, Mr. Noble has said.

In Good Health has been especially interested in opening shop in Sandwich because several hundred of its 22,000 customers travel from Cape Cod to Brockton to buy medical marijuana. He said he anticipates that the Sandwich facility would have 50 to 75 customers a day, spending an average of $110 apiece.

The 1,500 square-foot Sandwich dispensary would be the closest to the Sagamore Bridge, Mr. Noble has said.

In Good Health has faced some hurdles in the four years since Mr. Noble approached the Sandwich selectmen with the idea of opening shop.

He and other company officials met informally with planning and other regulatory officials, attended several selectmen’s meetings, and escorted the police chief and other town officials on a tour of the Brockton plant.

In 2017, the selectmen voted 3-2 against the dispensary after listening to residents’ concerns about about security, traffic and, primarily, the possibility that the dispensary would contribute to the increasing problem of drug addiction on Cape Cod.

But over the years the membership on the board of selectmen changed and when Mr. Noble came back to ask again in 2019, the selectmen said “yes,” agreeing to send a letter of “non-opposition” to the state.

Residents at Town Meeting also approved the concept of allowing medical marijuana to be sold in Sandwich.

Nevertheless, the company needed to obtain a special permit from the zoning board because it will be the sole operator within the Sandwich medical marijuana overlay district, Town Planner Leanne Drake has explained.

“The bylaw also states that only one registered marijuana dispensary is allowed in the overlay—the only area in town you can have such a facility—so this will be our one and only,” she said.

The ZBA voted to issue the special permit last year and attached some conditions governing hours (8 AM to 8 PM) traffic, parking, and keeping landscaping trimmed to ensure proper sight lines.

Also listed in the conditions is a clause that says, “Special permits shall be limited to the current applicant and shall expire on the date the special permit holder ceases operation.”

That clause was inserted by the town attorney after the selectmen last year expressed concern that In Good Health—which has operated a medical marijuana facility in Brockton for about five years—had signed an agreement with Cannabis Life Sciences, a large marijuana company in Nevada.

The special permit condition ensures that another company would have to negotiate its own contract with Sandwich if it took over ownership of In Good Health.

Mr. Noble said on Wednesday that Cannabis Life Sciences is no longer in the picture.

The dispensary will be an economic plus for the town.

Those conditions were also incorporated into the special permit approved by the zoning board.

Mr. Noble said he is looking forward to opening “by late spring” and hopes to hire 15 local employees. He said the company pays good benefits and is looking to hire a diversified staff for sales and sales management.

“We are excited to be opening and thankful to the town for allowing us to open,” Mr. Noble said. “It’s a privilege.”