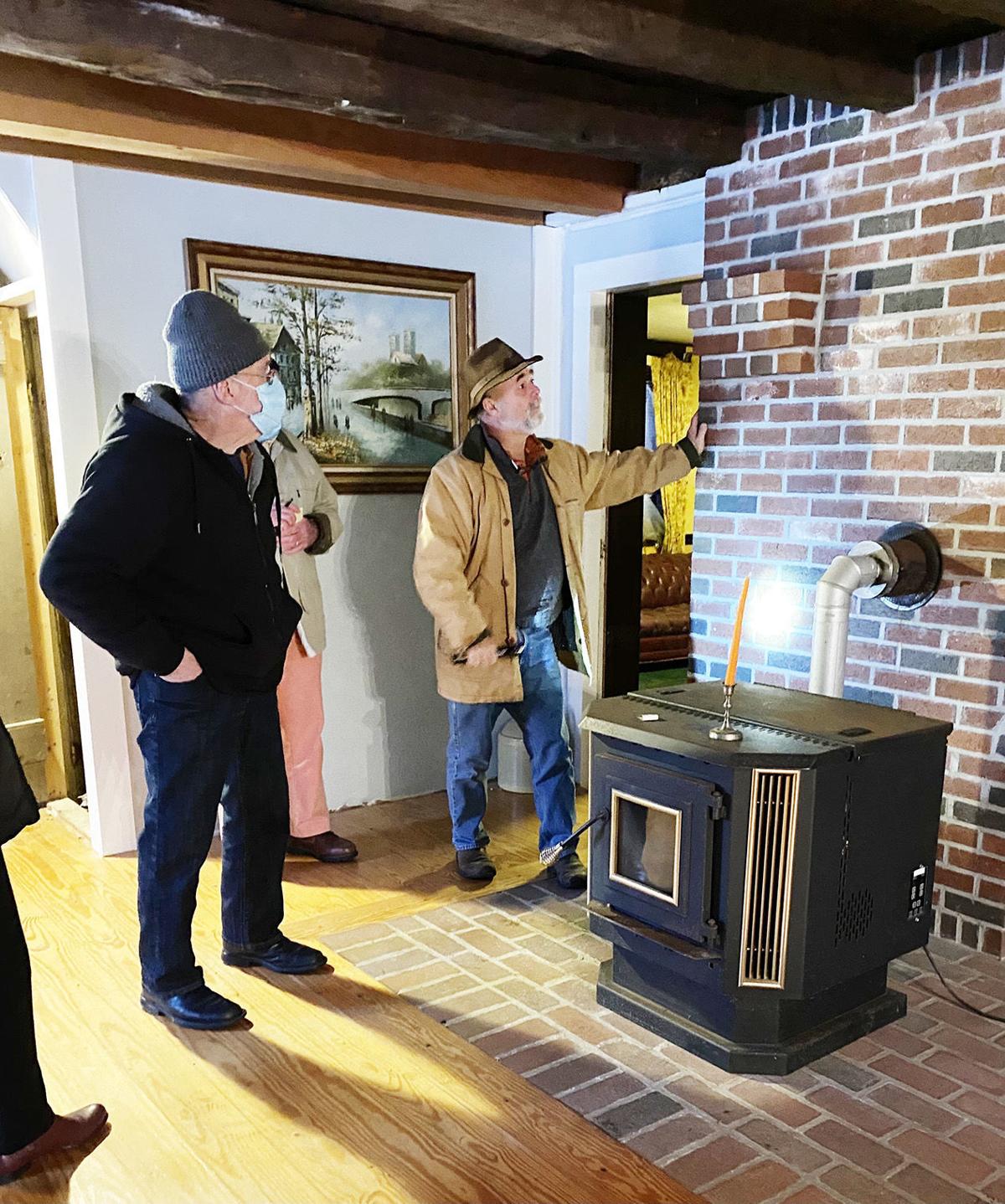 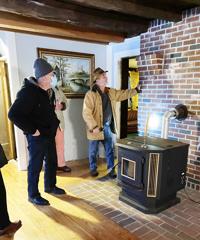 Historic Preservation Consultant Frederick Ecker shines a flashlight into the crevices of a 290-year old house at 25 Water Street as Ross Vander Pyl, a member of the historic district committee, looks on. They are among several preservationists trying to save the house from demolition. 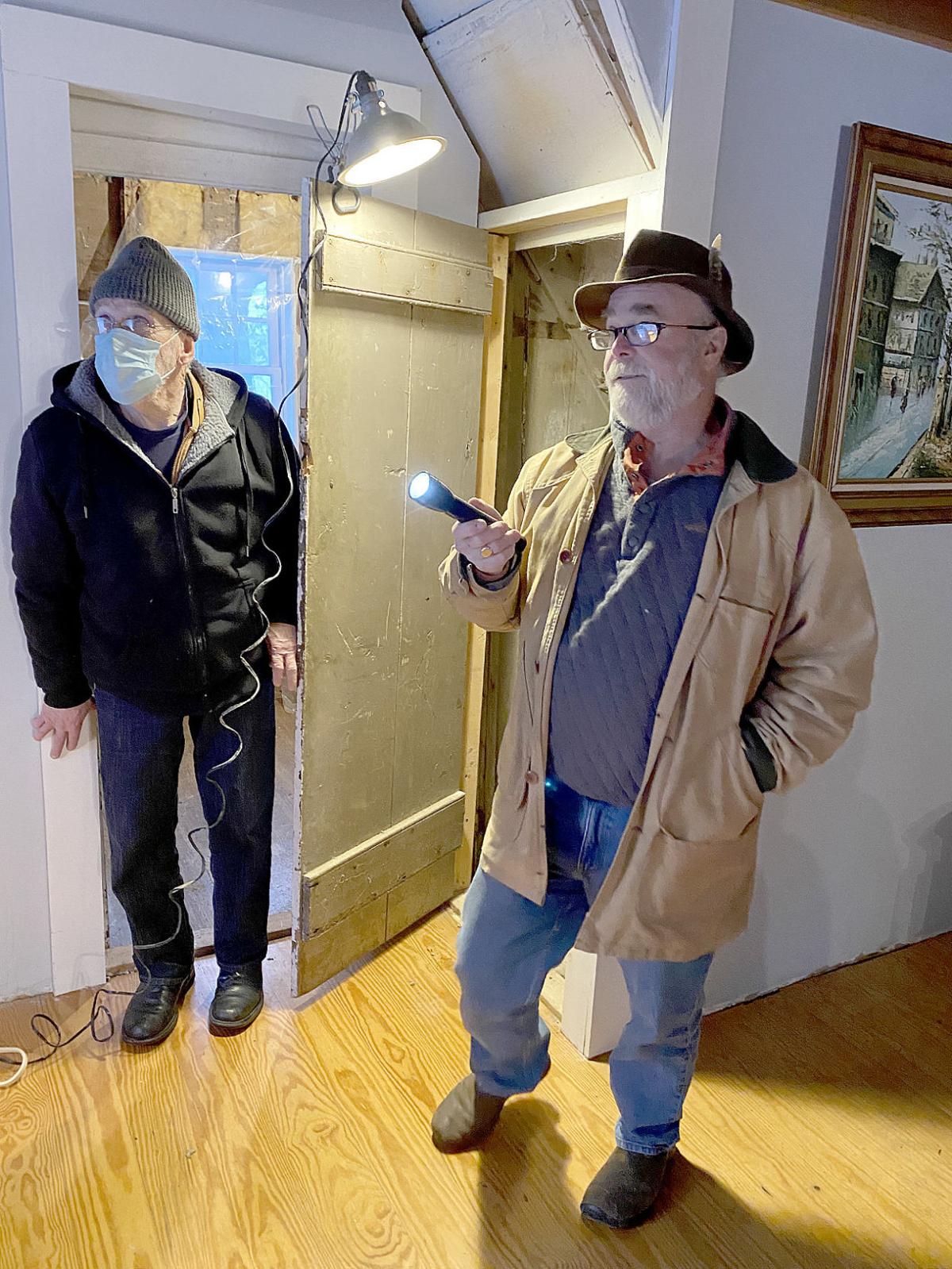 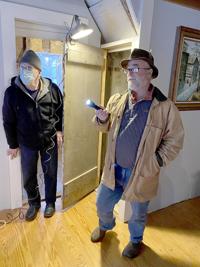 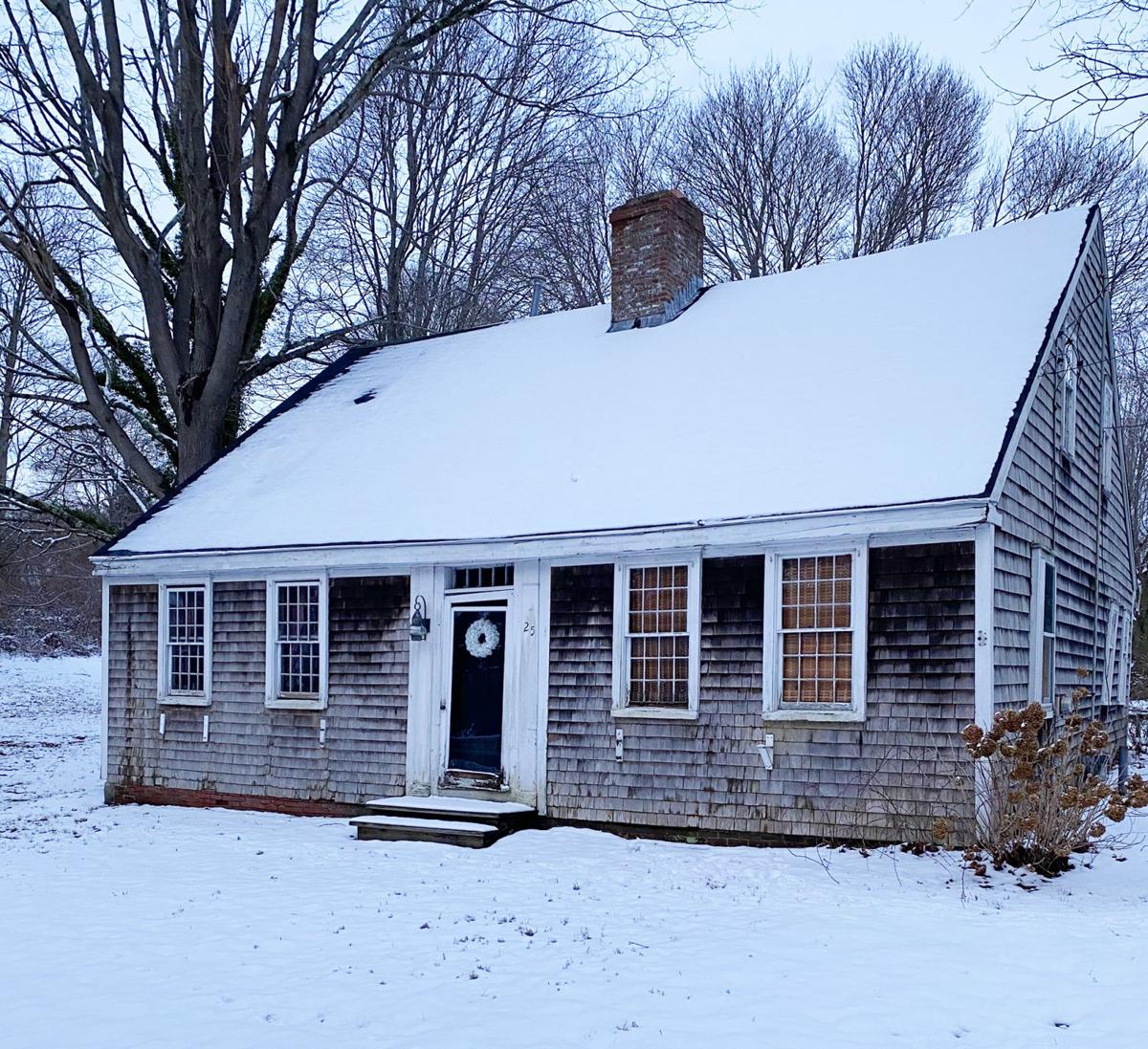 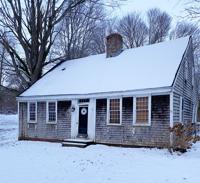 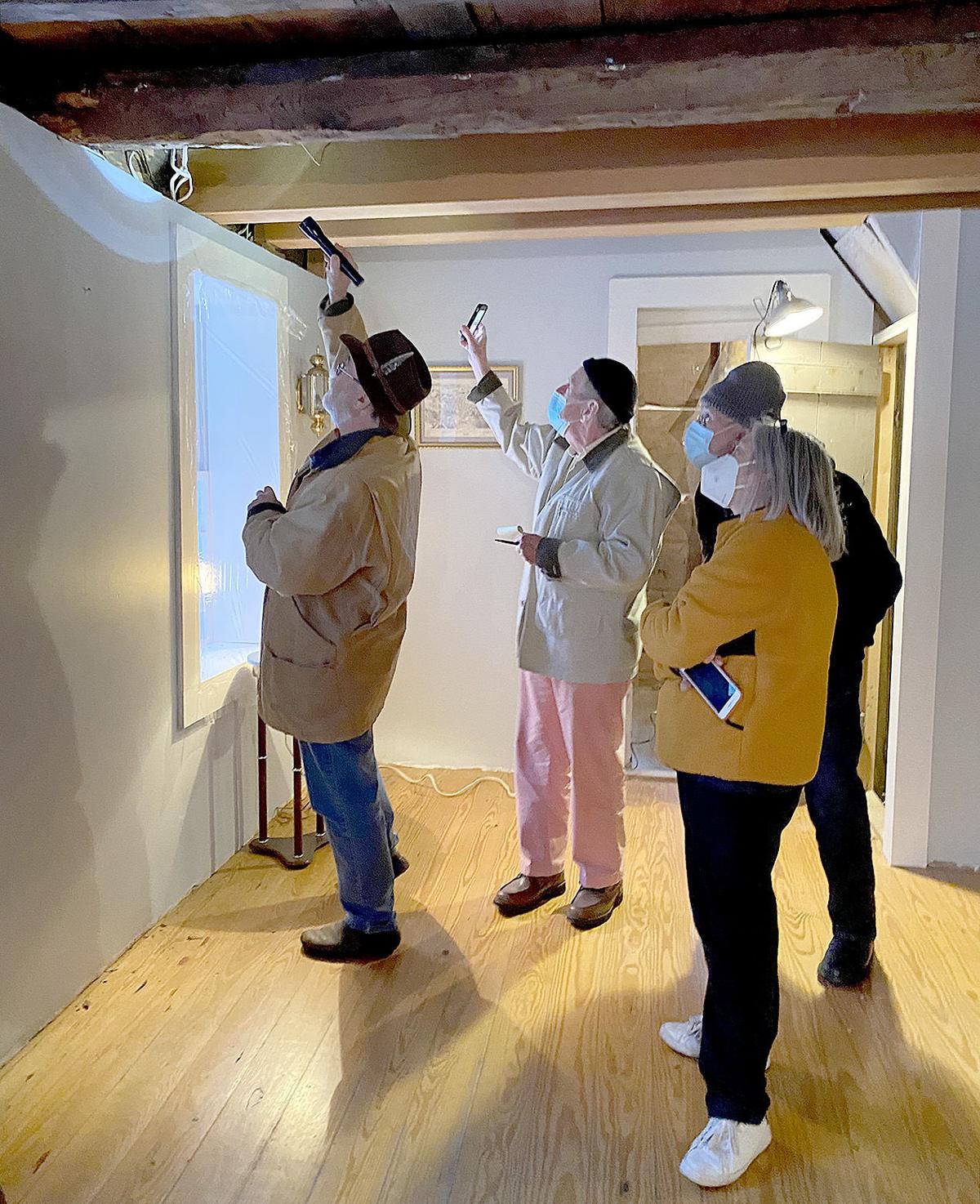 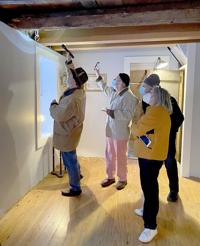 Historic Preservation Consultant Frederick Ecker shines a flashlight into the crevices of a 290-year old house at 25 Water Street as Ross Vander Pyl, a member of the historic district committee, looks on. They are among several preservationists trying to save the house from demolition.

Members of the town’s two historic boards, in a rare show of solidarity, have joined forces to save a very old house from demolition.

On a recent Saturday afternoon the would-be rescuers toured the 290-year-old, gray-shingled house at 25 Water Street that has been on the market for at least two years.

They looked at the huge back yard, which was covered in snow that weekend, clambered up the stairs to inspect the home’s four bedrooms, two and a-half baths, and then closely inspected the two brick ovens in the kitchen, the chimneys and the soggy basement.

Mr. Ecker, armed with a flashlight, looked closely at the floors, windows and frames, mouldings, wainscoting and overall soundness of the house.

He determined, according to a report he subsequently gave to the board members, that the house was sound, full of original materials dating back to 1790-1810—including original glass in the first and second story windows—and should be preserved.

“I would definitely not recommend demolition,” Mr. Ecker said in his report. “I would cry if this were demolished. Too much of the original material remains.”

But realtor Greg Donahue, who has been trying to sell the house for two years, said no one wants to spent the money to fix the weathered little structure.

Mr. Donahue, who opened the house for the historic board members’ tour on December 19, said he has had scores of potential buyers look at the place, including builders, but they all shook their heads after seeing it.

“Even though we have lowered the price by $20,000, no one wants to spend the kind of money it would take to restore it,” the realtor said.

He declined to estimate the cost of restoration this month, but during a discussion with the historic district committee in 2019, Mr. Donahue said restoration would cost at least $300,000.

Demolition of the home was denied by the historic district committee in January of 2019. It was suggested at the time that Mr. Donahue try again to sell the home with an emphasis on restoration rather than rebuilding.

The realtor, acting on behalf of owners Gerard and Sally Antonellis, said he has tried to no avail. He is again asking the HDC to issue a demolition permit. The request triggered the tour and the consultation with Mr. Ecker.

Mr. Donahue has described water damage and rot in the house’s foundation and the many renovations over the years that have already stripped the building of many historic features.

Pests have invaded the wooden beams and many of the windows. In addition, the roof and trim have been replaced, the realtor has said.

But Lisa Hassler, a member of the Sandwich Historical Commission, who is also a realtor specializing in historic homes, said she, too, believes the home could be saved—and sold.

Ms. Hassler said she would stage the interior differently, showcasing its original historic features. She said more emphasis has been placed on the desirability of the land and the locale than the house’s potential.

“This is a small house, ideal for a contractor to buy, fix up and flip,” he said in his report. “A good contractor could straighten out the structural problems in a few days.”

He found the roof framing to be in reasonable shape and the original materials—including “original door latches, hand-cut nails, and beautifully aged, wide boards for flooring”—were very rare finds.

He agreed with Ms. Hassler that the house could be sold with a slightly different marketing approach.

“Much could be done to interest a buyer,” he said in his report. “The water in the basement should be pumped out, the plywood and other modern flooring and sheetrock covering original materials should be torn out, [and the] rubble removed. Cleaned up, it would have a better chance to sell.”

The HDC members researched the property last year through the town archives and the National Register of Historic Places.

They found that the house was one of many built for glass factory workers in the 1730s, and it is historically significant.

The Water Street house is one of several that have been slated for demolition in the last few years. The HDC has been fighting to save the last of the glass factory houses and has issued restoration/demolition guidelines for homeowners in Sandwich’s downtown historic district.

The demolition request for the Water Street House, Mr. Ecker’s findings and the historic board members’ opinions are expected to be discussed at a coming meeting of the historic district committee.

“I would cry if this were demolished. Too much of the original material remains.” - Frederick Ecker