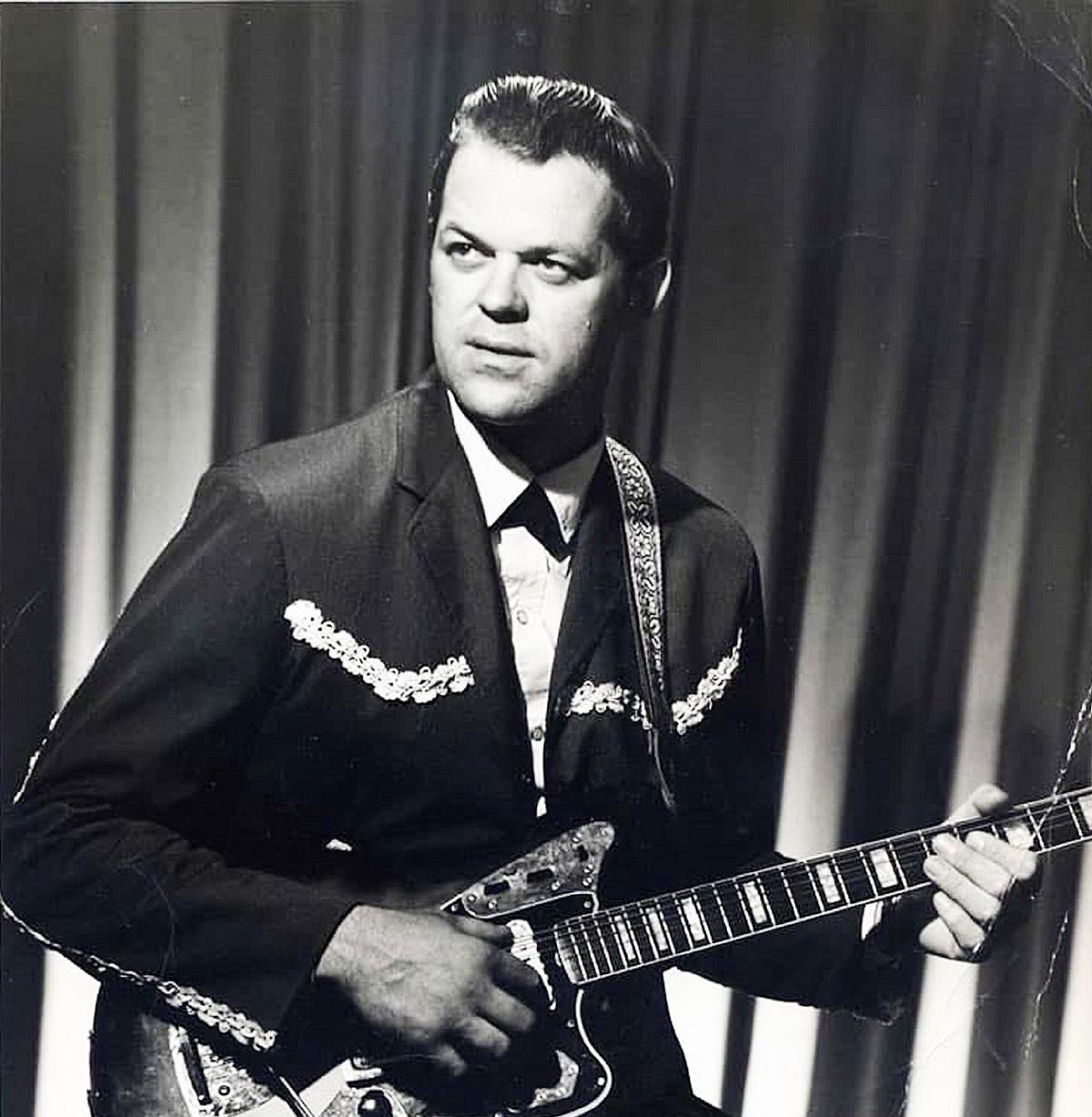 Bobby Gage in the cover art for his album “I’m Leaving It Up To You.” 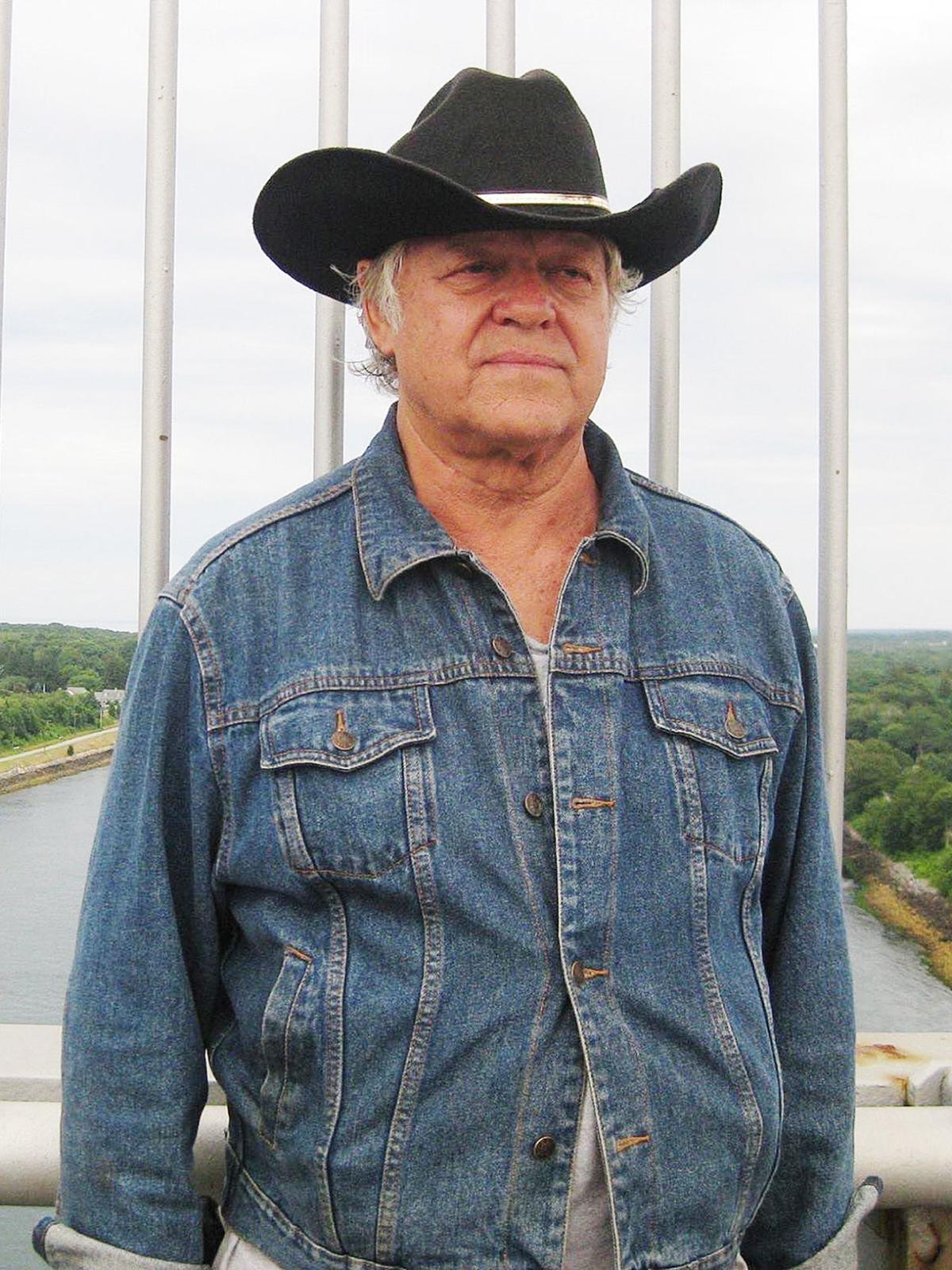 Bobby Gage was a country musician, carpenter and Sandwich celebrity.

Sandwich lost an icon this month with the death of Robert E. (Bobby) Gage—a man remembered by many as a good soul who left an indelible mark on the community with his music and his lively and generous spirit.

Mr. Gage was born in Plymouth but grew up in Sandwich. In the 1960s, he moved to Nashville to pursue his love of country music. There, he sang, played guitar and recorded albums.

His hard work and talent earned him and the Countriares several Massachusetts Country Music Awards in 1980, including top male vocalist, best album, best band and even best dressed.

The Countriares also included Don Millard as the lead guitarist, Joe White on bass guitar, Herbie Sands as the drummer, and Early Blank on steel guitar.

Mr. Gage returned to Sandwich where he continued to make music. He worked as a carpenter and built his own restaurant, For The Good Times in South Sandwich, where he often performed for his customers with the Countriares.

The club was used for scenes of the 1986 film “One Crazy Summer,” which featured Demi Moore and John Cusack. Mr. Gage and the Countriares can be seen in the film.

That building is now home to the Sandwich Taverna.

James Ellis, who graduated nearly 20 year behind Mr. Gage from Sandwich High School in 1975, said that when Mr. Gage embarked on his music career, there were only about 500 year-round residents in town. A local boy heading out to Nashville was big news.

“This was a kid from Ploughed Neck Road; his dad was a carpenter,” Mr. Ellis said.

“This guy had his own club and his own tour bus,” he said. “He was legit.”

He called him Sandwich’s hometown Elvis.

It was watching Mr. Gage perform, combined with the talents of his own mother, Jane Ellis, that inspired Mr. Ellis to become a performer himself.

“It was a thrill later on in my life to be on stage with him,” he said.

Beyond music, Mr. Ellis spoke of how kind and generous Mr. Gage was.

He said that Mr. Gage never said no to a request to participate in a fundraiser.

“Everyone has a story about Bobby’s kindness and willingness to donate his time and play benefits for those in need,” said his daughter Lisa J. Roche in the eulogy she co-wrote with her sisters—Leslie J. Gage, Laurel J. Almquist, and Leah J. Gage—and delivered at his funeral this week.

Laurel Almquist said that her dad would play for the Riverview School prom each spring and at local nursing homes and worked with the Esprit Players—a group of disabled adults.

And he never went out of his way to advertise those good deeds, she said.

“He quietly helped people,” she said, noting that playing for Riverview was among his favorite gigs each year.

Ms. Almquist said her father was able to play just about any instrument he picked up, including piano, guitar, saxophone, drums, and the harmonica. He had recently learned how to play steel guitar.

Growing up with Mr. Gage as her father was a unique experience, Ms. Almquist admitted.

She said her dad would often be out playing music into the wee hours, arriving home around 3 AM.

This made the girls’ slumber parties more interesting than most, Ms. Roche noted.

“My dad would come home and sing for us well into the night, which my friends thought was pretty cool,” she said.

When the girls got older, they would attend beach parties once in a while. During these parties, they always kept an ear out for the sound of their father’s truck. He would sometime go out looking for them. If they got caught, the outcome varied. Sometimes they would be in trouble, but other times he would join the party.

“Also not always a good outcome,” she said.

Sandwich Community Television executive director Paula Johnson said that when she started her job 10 years ago, Mr. Gage was first in line to welcome her, which started a decade-long collaboration.

Mr. Gage would bring his old VHS tapes to the studio and they would help convert them to digital media, even helping him to create a YouTube channel to share his work. All of his material is archived online, Ms. Johnson said.

Recently, Mr. Gage interviewed with DJ Ryan Hill on the Sandwich community radio station, WSDH, where he spent an hour telling the story of his life and career.

“Bobby was a wonderful storyteller,” Ms. Johnson said. “He went all the way back to his days in Nashville and told the story of his musical journey.”

Ms. Johnson said that he was a local celebrity with a voice as good as any star from the Grand Ole Opry.

His most recent town performances include Sandstock this past August and Porchfest in October.

When asked if her father had been sick, Ms. Almquist said that she preferred not to talk about how her dad had died.

He died last week on Tuesday, at the age of 80.

His funeral was held this Tuesday, February 11.

Some would call this a passing of a good old country boy . Having only heard him a few times sing his music we lost another true country music soul. 80 is young , but the angels of the sky will help to keep his memories alive. Perhaps our local television channel could put some time into producing a broadcast or two in his honor . Peace

Good Morning Angler, As was mentioned in the article we have been working with Bobby for ten years now converting his performances into digital format for broadcast so people could see and enjoy these 'way-back' performances . You can see all his programs on demand on our website and on our page at www.archive.org. We have scheduled Bobby Gage marathons all week long in his honor on channel 13 and the livestream on our website. We have also rebroadcast the interview that Bobby did with Ryan Hill and have been scheduling it on 91.5FM WSDH and on the radio stream at Radio.co and the TuneIn app. We can post some of the shows on our Facebook page also. Paula Johnson