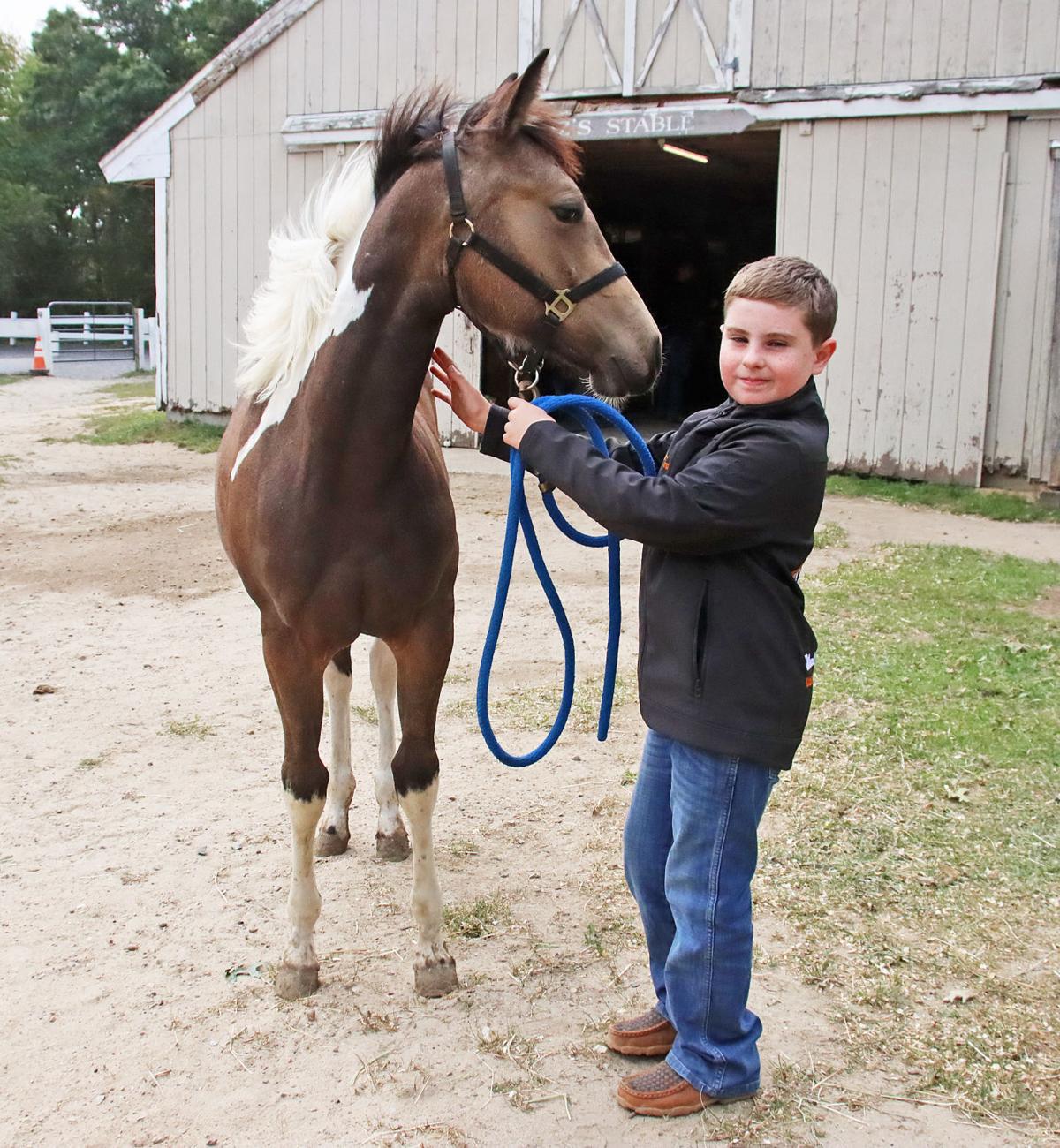 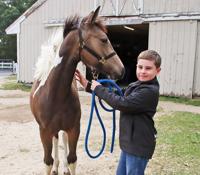 Nine-year-old riding champion Weston Norton with his young horse, Ariel, at the Alliance Equestrian Center on Stowe Road at Camp Lyndon in Sandwich. 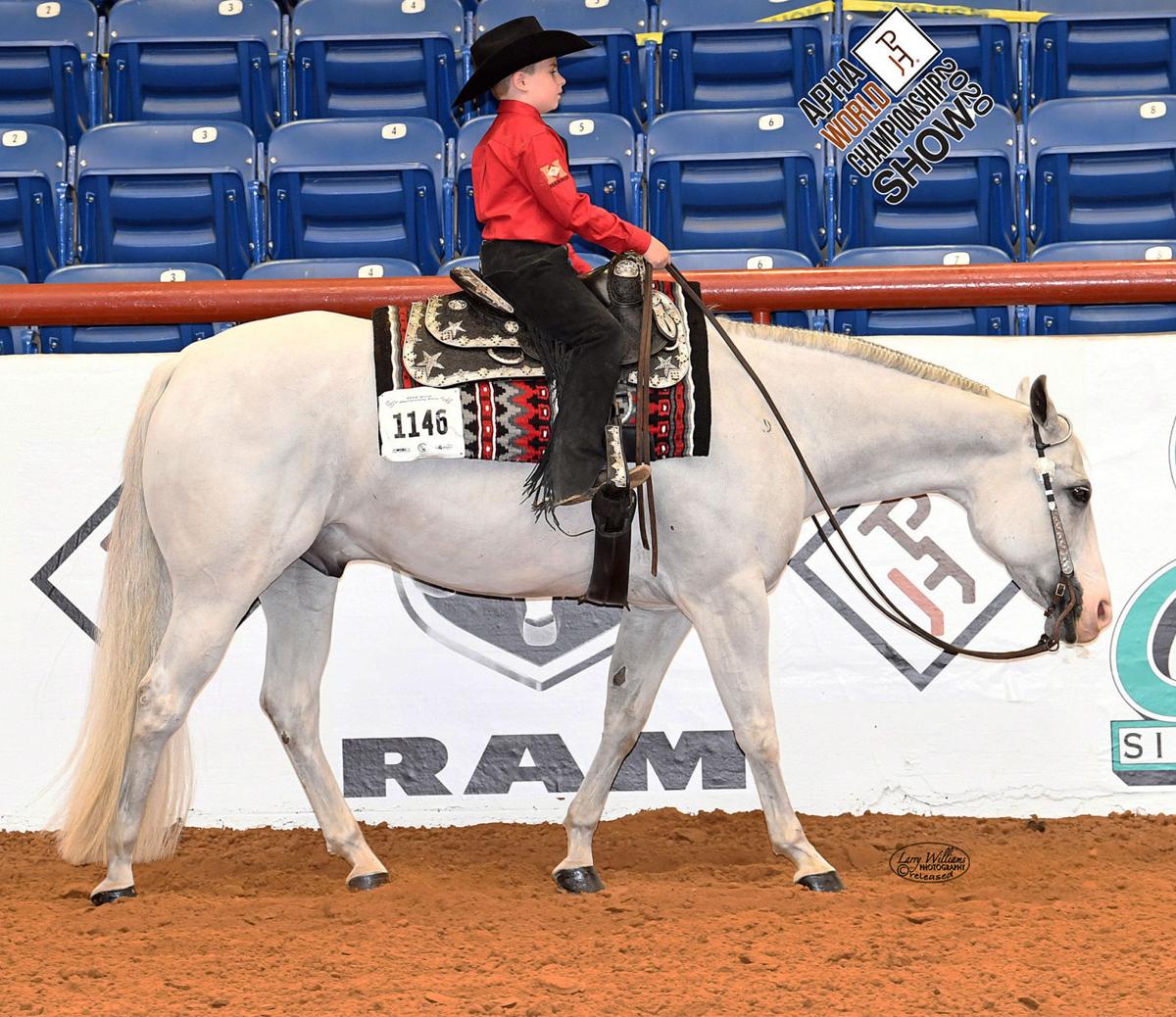 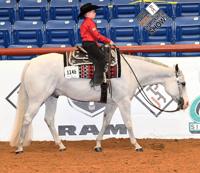 Weston Norton rides his horse, Hero, at a competition in Texas.

Nine-year-old riding champion Weston Norton with his young horse, Ariel, at the Alliance Equestrian Center on Stowe Road at Camp Lyndon in Sandwich.

Weston Norton rides his horse, Hero, at a competition in Texas.

A 3rd grader from Sandwich went to Fort Worth, Texas, last week and came home with the title of world champion for his skill in horseback riding.

Weston Norton, who is being home-schooled this year, received the title for his class at the American Paint Horse Association’s World Championship Show on Saturday, September 19.

“I’m pretty excited about it,” he said.

Last year Weston placed in several events at the Color Breed Congress competition in Tulsa, Oklahoma. He had placed seventh in Western Pleasure out of 20 riders, but said his horse was sick that day.

He also placed fourth in Showmanship and third in Hunter Under Saddle.

This year, his main focus has been on Youth Western Pleasure.

After a year of training and practice, he said he felt more prepared as he went into the competition last week.

“I feel stronger,” he said.

His mother, Jessica Hayes, said that when the schools shut down in March due to COVID-19, they took advantage of having some extra time for Weston to spend in the saddle.

She said having the extra time has been one of the silver linings that they have found during the pandemic.

As a 9-year-old, Weston competes in an age group for children between ages 5 and 10. His specialty is in the Western Pleasure style of horseback riding—a competition where the horse is expected to maintain a relaxed and slow gait.

Weston has spent about half of his life riding; he started at age 4.

His home stable is at the Alliance Equestrian Center on Stowe Road at Camp Lyndon. He trains daily both in person with Amanda Wass and remotely with John Kayser, a trainer in Illinois.

In the coming months, Weston will be attending two more competitions. The first will be in October, when he will compete in the Eastern National Show in Lexington, Virginia. In November he will be competing in the Pinto World Championship in Tulsa.

Weston said he is looking forward to going to the shows and seeing the horses.

“Just to be there with everyone and to be away from home is really fun,” he said.