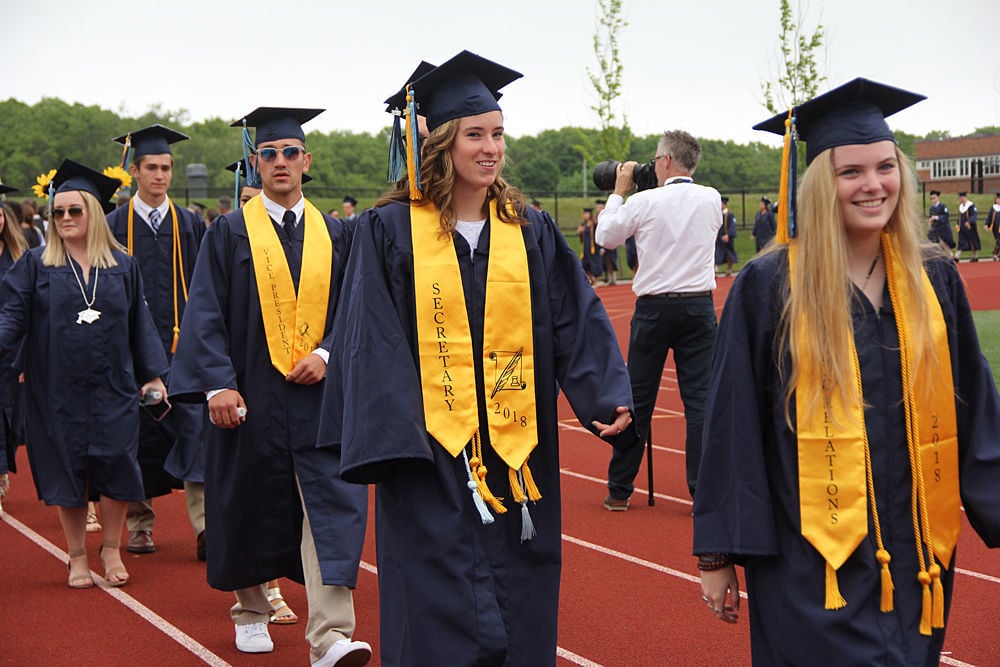 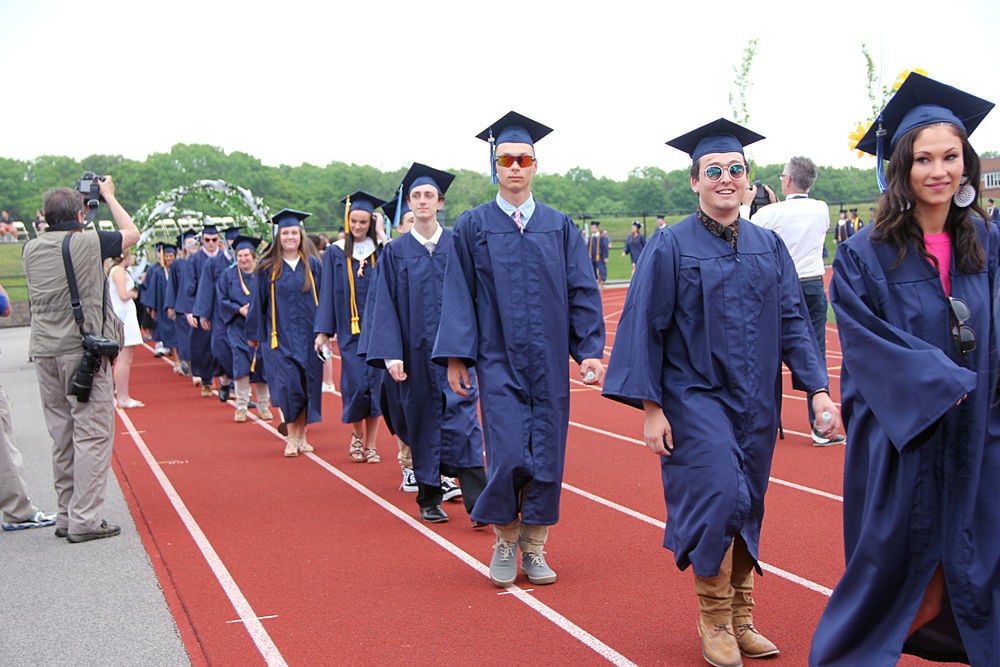 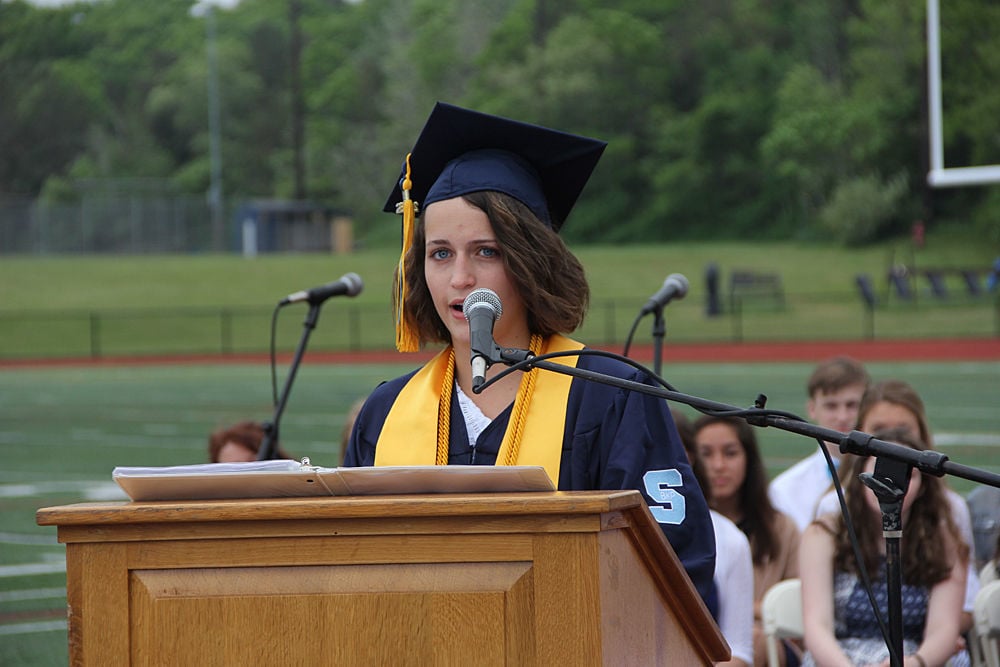 Amanda Karch, salutatorian for the Sandwich High School class of 2018, addresses the graduating class during the commencement ceremony on June 2. 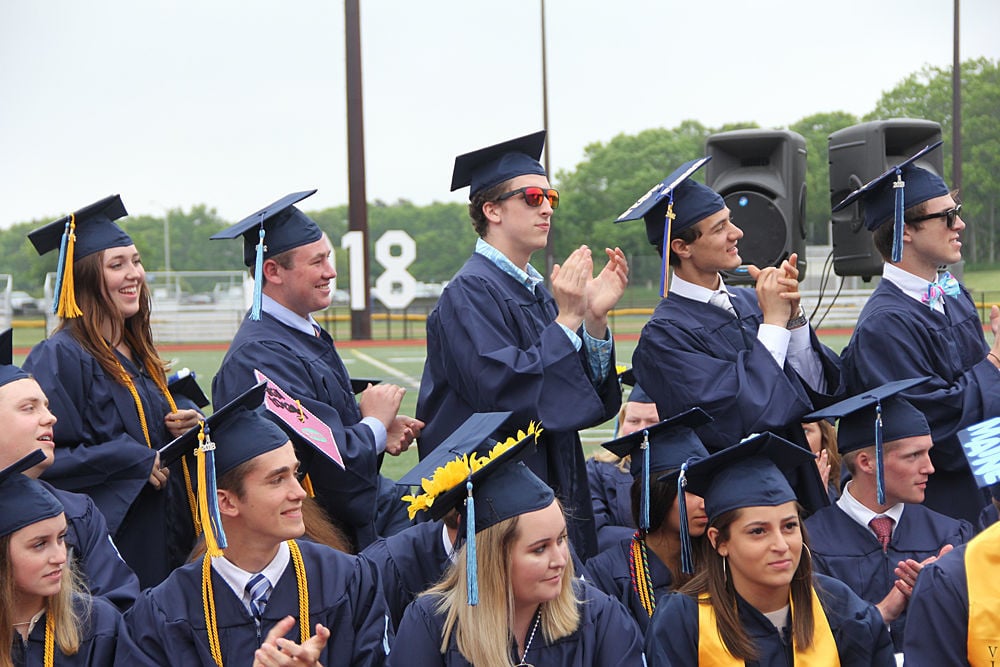 Amanda Karch, salutatorian for the Sandwich High School class of 2018, addresses the graduating class during the commencement ceremony on June 2.

Despite dreary skies, the rain stayed at bay as the Sandwich High School Class of 2018 had their graduation ceremony Saturday, June 2.

The ceremony was held at the Gerald F. DeConto USN Veterans Memorial Stadium.

Graduates were encouraged by Salutatorian Amanda Karch to find a group of friends who will become a second family.

Superintendent Pamela A. Gould told the graduates that while they are destined to experience failure at some point in their lives; the key is what they do with those failures.

"People with grit do not believe that failure is a permanent situation," she said.

Even though they will be heading off to new adventures next year, class president Julia Collentro reminded her classmates that Sandwich will always be there for them.

Valedictorian Anna Marti said that the world has changed during their time in the Sandwich Public Schools, particularly within the last few months with the tragedy at Marjory Stoneman Douglas High School. While she may still be the girl who would rather pick flowers in the field than play tee-ball, she said that she has learned to find her voice.

"I now know how to use my voice and speak up for what is right," she said.

In lieu of a physical gift, the Class of 2018 donated funding to help beautify the front entrance and lobby of the school. Class treasurer Jacob Govoni said that the donation was to help the school make the best first impression it can to visitors.

Principal James Mulcahy, who is completing his first year as the school's principal, let the graduates know that the class was very welcoming to him in his first year.

"Sandwich High School is your home," he said. "You will always be safe at home."

The school's show choir, joined by the graduating seniors, sang "A Million Dreams" from the film "The Greatest Showman." Each graduate in the group was featured with a solo.

As graduates were called to receive their diplomas, family and friends cheered for their loved ones. Sandwich Soul and the school band celebrated a little extra for their now alumni.

The ceremony concluded with the graduates moving their tassels from one side of their caps to the other to indicate that they had now completed their high school careers.

After they marched out of the stadium, the graduates gathered around the flagpole to throw their caps into the air.