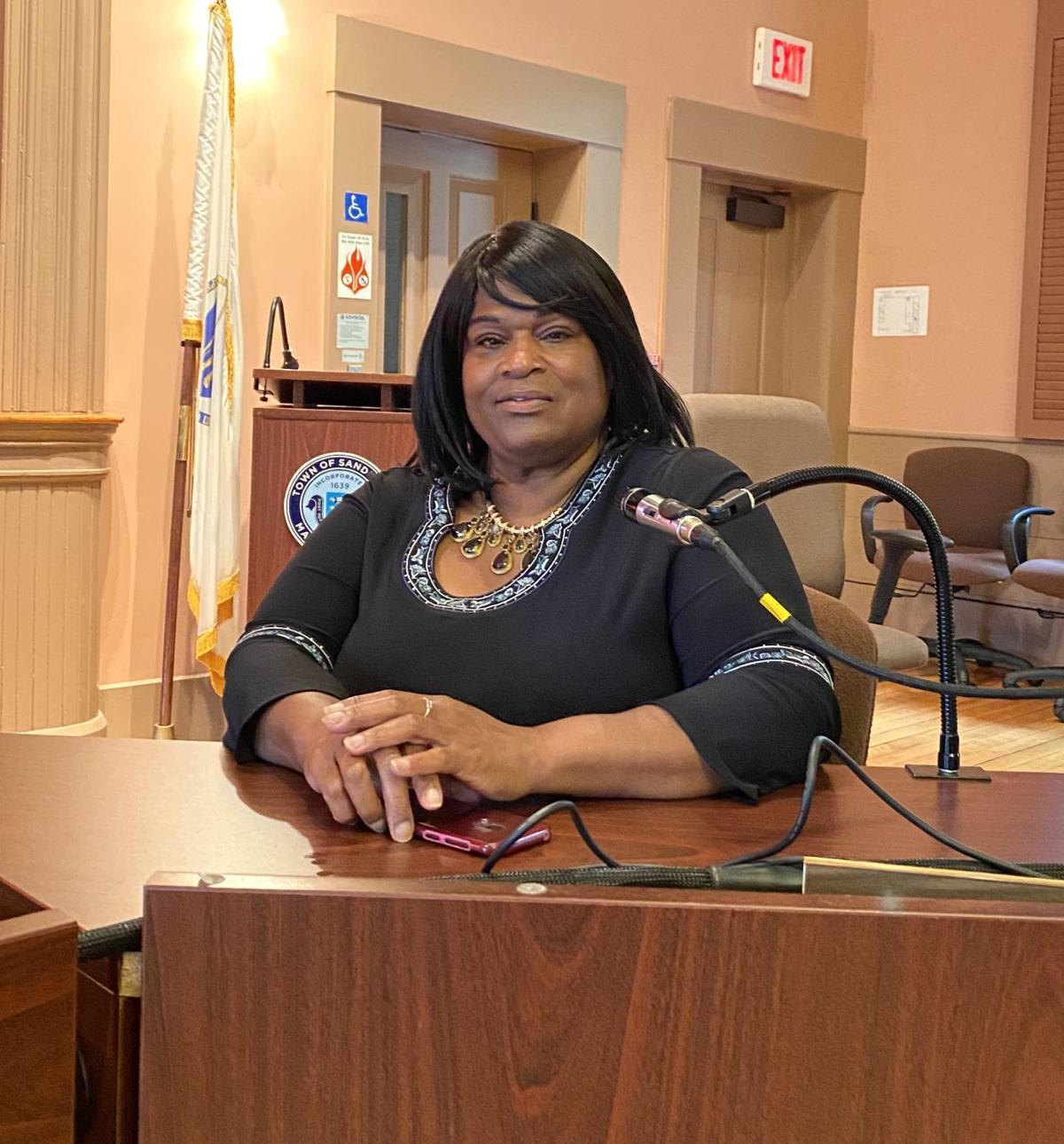 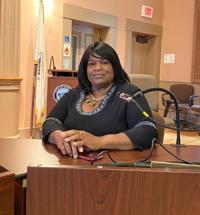 Activist Marie Younger Blackburn said the sooner we admit there is institutional racism on Cape Cod, the sooner we can get to work addressing the problem. 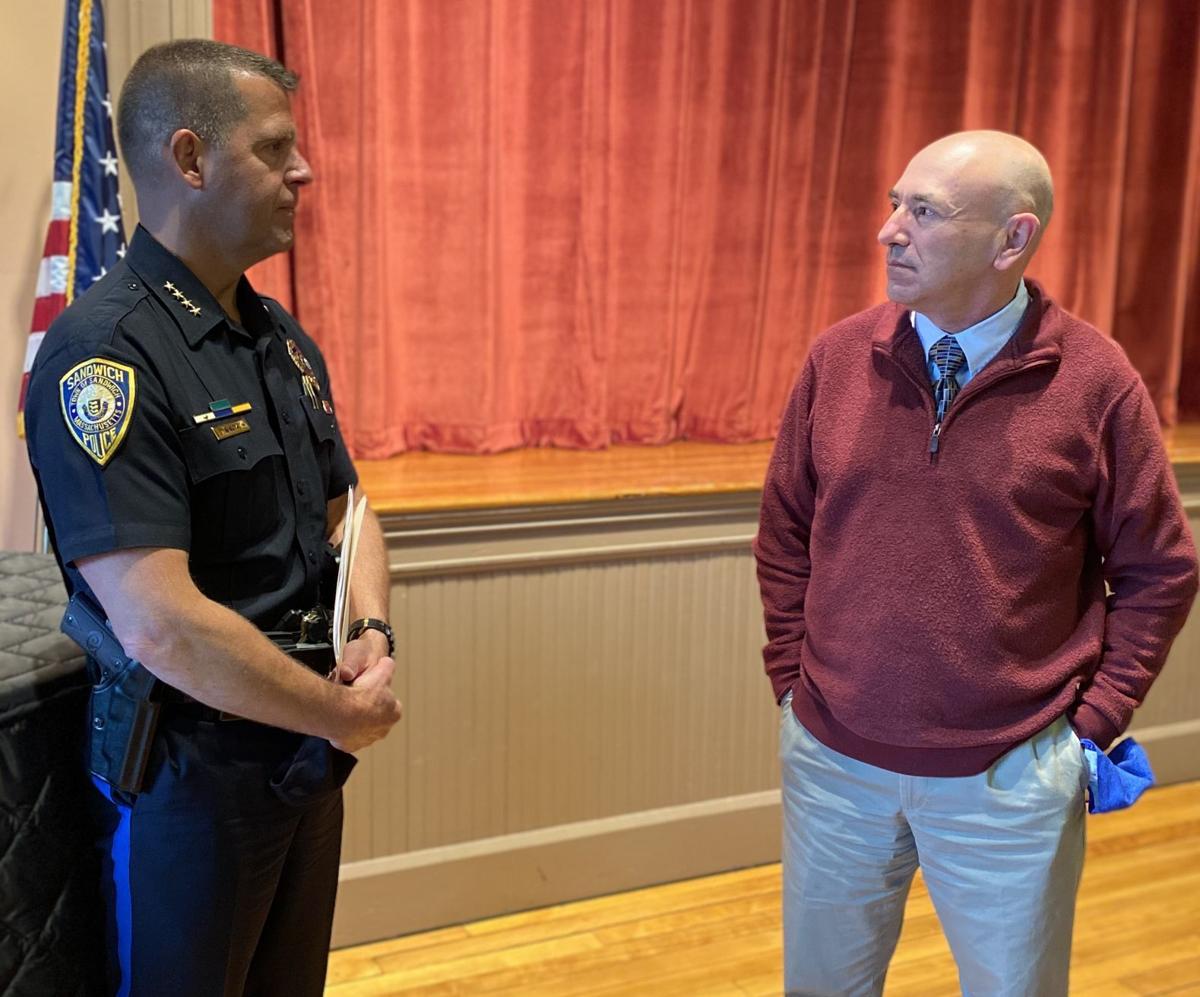 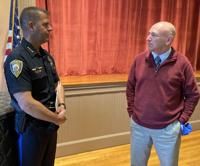 Activist Marie Younger Blackburn said the sooner we admit there is institutional racism on Cape Cod, the sooner we can get to work addressing the problem.

The Sandwich police chief and a Mashpee community activist sat down together this week to begin a difficult conversation about how to dismantle entrenched racial prejudices.

They were participating in a forum entitled Hear Me Out. It was held in Sandwich Town Hall on Tuesday, October 13, in front of a limited audience. The discussion was hosted by The Sandwich Enterprise and Sandwich Community Television. It was recorded and was posted on SCTV’s website on Wednesday, October 14.

Activist Marie Younger Blackburn said that here on secluded Cape Cod people can be lulled into thinking institutional racism does not exist, but that is a false notion that must be dispelled.

Over the years, she has been followed, pulled over by police and questioned for no apparent reason other than that she is Black, she said.

Sandwich Police Chief Peter N. Wack said such biased practices can be halted through better training of police officers. He also said anyone who experiences such discrimination in Sandwich should file a complaint.

“I feel for Marie,” Chief Wack said, adding that he hoped Ms. Blackburn filed a complaint with the offending police department.

“In Sandwich we have a very thorough intake process for complaints,” the chief said, adding that every complaint involving a police officer is investigated whether the complaint is written or even phoned in anonymously.

The chief also said racist incidents should be viewed through the same lens as other acts of hostility.

“We should be anti-racist the same way we are anti-bullying or anti-child abuse,” Chief Wack said.

David S. Ball, the moderator of Tuesday’s discussion, asked about diversity among officers of the Sandwich police force.

The chief answered that Sandwich is among four towns on the Cape that are still part of the state’s civil service system and that the town must choose from a field of candidates tested and chosen through the state system.

“We don’t have any flexibility on that diversity,” Chief Wack said.

Ms. Blackburn said Sandwich is a very white town, with almost 99 percent of its population classified as white.

She added that high housing costs and a reluctance among people of color to move to an all-white town are the top reasons Sandwich stays white.

“If you are a person of color with children, you want your children to have a diverse experience, so maybe it’s not the right town for you,” Ms. Blackburn said.

Looking at integration from the other side, Ms. Blackburn said white residents might fear the neighborhood will change and lower-income residents—or rental tenants—would not keep up their properties.

“These are the biases we hold,” Ms. Blackburn said. “Some are true, and some are biases. People have the right to live where they want to.”

Mr. Ball brought the subject back to policing and asked Chief Wack about the national discussion about defunding the police.

The chief responded that in Massachusetts the level of training, checks and balances, and disciplinary measures are intense and ongoing.

He has suggested that state legislators—contemplating new laws to rein in the police—take a look at what is already on the books in the Sandwich Police Department and other departments throughout the commonwealth.

He added that Sandwich and other Cape Cod police departments have forged ties with their communities through community policing initiatives.

Ms. Blackburn and Chief Wack agreed that conversation—among all sectors of the community—is the way to begin to heal the divide. Both also said they would be willing to have future discussions about racism, affordable housing and bringing harmony to a divided community.

Chief Wack has been with the Sandwich Police Department for more than 10 years. He previously served for 20 years with the Connecticut State Police.

Ms. Blackburn, a professional event planner and women’s conference organizer, is a former chairman of the Mashpee Housing Authority and Mashpee Human Services, and a former member of the Falmouth Affordable Housing Task Force.

The idea for the forum came from Jeanie Yaroch, a college professor and co-founder of Sandwich Stands—a group that holds vigils calling for an end to systemic racism.

The vigils and demonstrations around the country were organized after the death of the now legendary George Floyd, a 46-year-old Black man who died during an arrest in Minneapolis on May 25.

“The immediate goal of this dialogue is not to persuade or convince, but to offer a platform and create conditions in which people with differing viewpoints can come together, share, listen and learn about each other,” Ms. Yaroch said of the forum.

This episode of Hear Me Out can also we viewed on YouTube at https://youtu.be/0M4XJdws-Q4 or listen to it on Spotify at https://open.spotify.com/episode/2RbhaIw05UL1sGKDL9dGpu?si=nCXpHWl-T8-rf7wH4Gz5ZA.