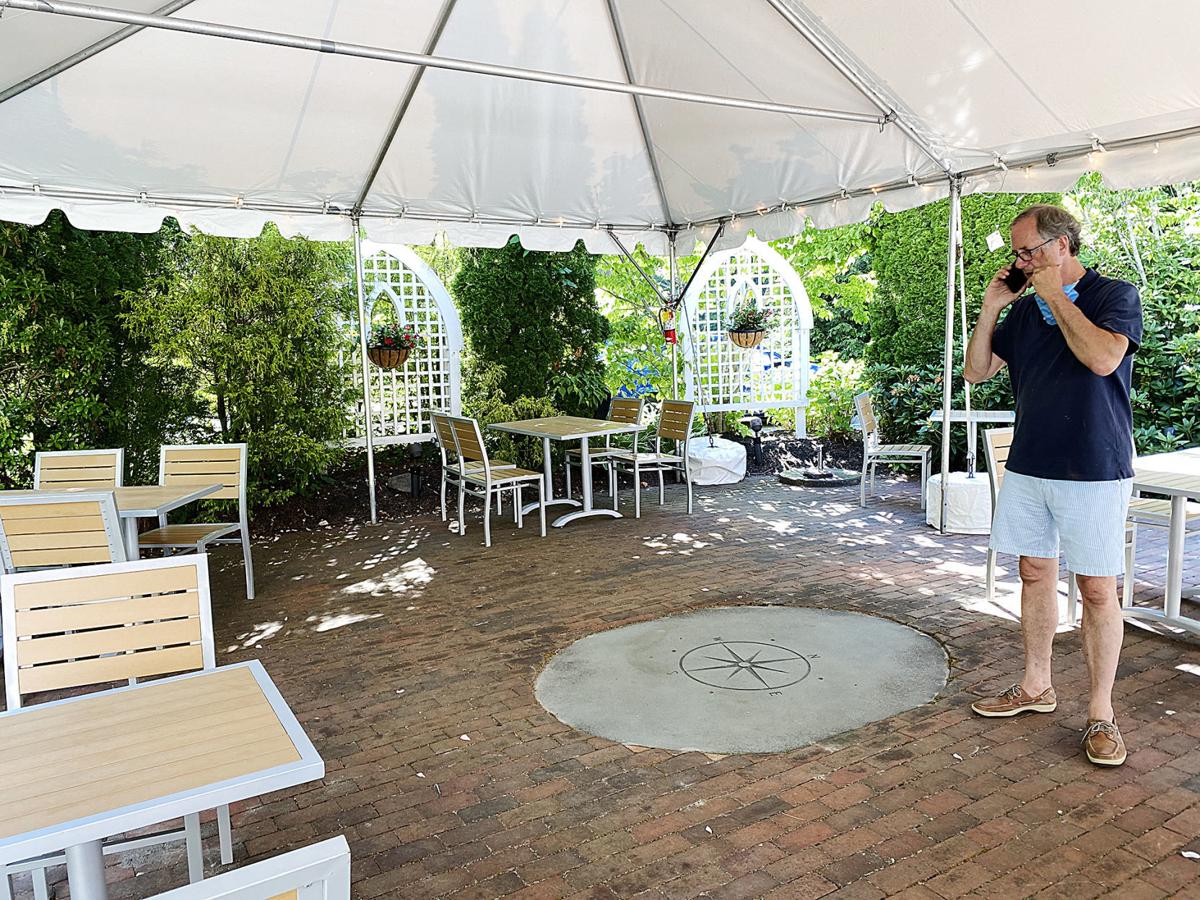 Christopher Wilson talks on the phone while standing in the outdoor tented area behind The Belfry Inn. 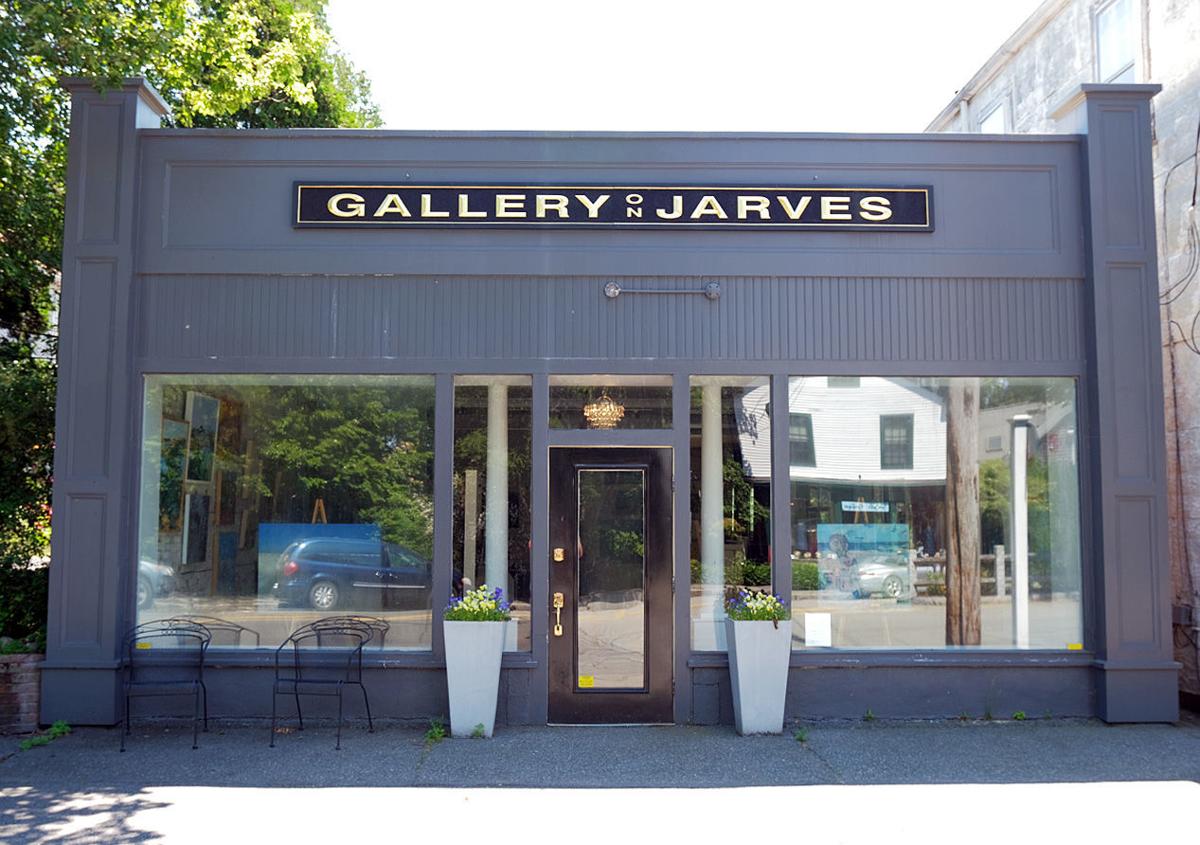 The Sandwich Board of Selectmen gave restaurateur Christopher G. Wilson permission to open a new bar at 2 Jarves Street during its meeting Thursday, June 25.

The bar—The Seal—will have indoor and outdoor tables that will occupy a building that now houses an art gallery, according to Mr. Wilson’s plans.

No food will be prepared on site, but cold food—such as lobster rolls and sushi—could be brought in from his other nearby restaurants, Mr. Wilson said in an interview earlier this week.

Mr. Wilson is the owner of The Belfry Inn & Bistro and the Next Door Burger Bar—both also located on Jarves Street in Sandwich Village.

The selectmen also unanimously granted Mr. Wilson permission to expand his liquor license for his other two restaurants to include a small inn he owns at 4 Jarves Street.

“Due to COVID, the way we care for people has changed. We need to be able to serve them on a porch, for example,” so that they do not have to sit among others, Mr. Wilson said.

Mr. Wilson has expanded the outdoor area behind the Belfry and placed a white canvas covering over the patio. The tables have been properly distanced inside and outside the Belfry. Both the Belfry and Next Door Burger Bar continue to offer takeout food.

“COVID has hurt us, but we continue to pivot,” Mr. Wilson said.

“The drunken seal has sobered up and moved into the village,” Mr. Wilson quipped earlier this week.

Mr. Wilson was alluding to an ongoing disagreement he has with the town that began in 2019 when the town began charging visitors to park in the lot adjacent to the Drunken Seal.

Mr. Wilson complained that the move seriously hurt his business.

The lot had been free for decades, which had benefited previous restaurateurs on the site as well as the town, Mr. Wilson said at the time.

The paid parking especially impacted his many out-of-town customers who came to dine by the water during the summer months and did not have beach stickers.

The town countered that cars bearing a town sticker can park for free and that the lot was free after 4 PM.

Mr. Wilson questioned why the town has chosen to begin charging for parking the year after he became the owner of the former Horizons restaurant.

Town officials, however, said it was not personal. They had planned since 2013 to charge a fee at the lot.

The rift about the parking lot was not specifically mentioned last night, but Selectman David J. Sampson suggested that in future both sides should communicate more civilly to each other.

“Why do we have to have such a contentious relationship? I would like to see more mutual respect,” he said.

Mr. Wilson thanked the board for its unanimous approval.