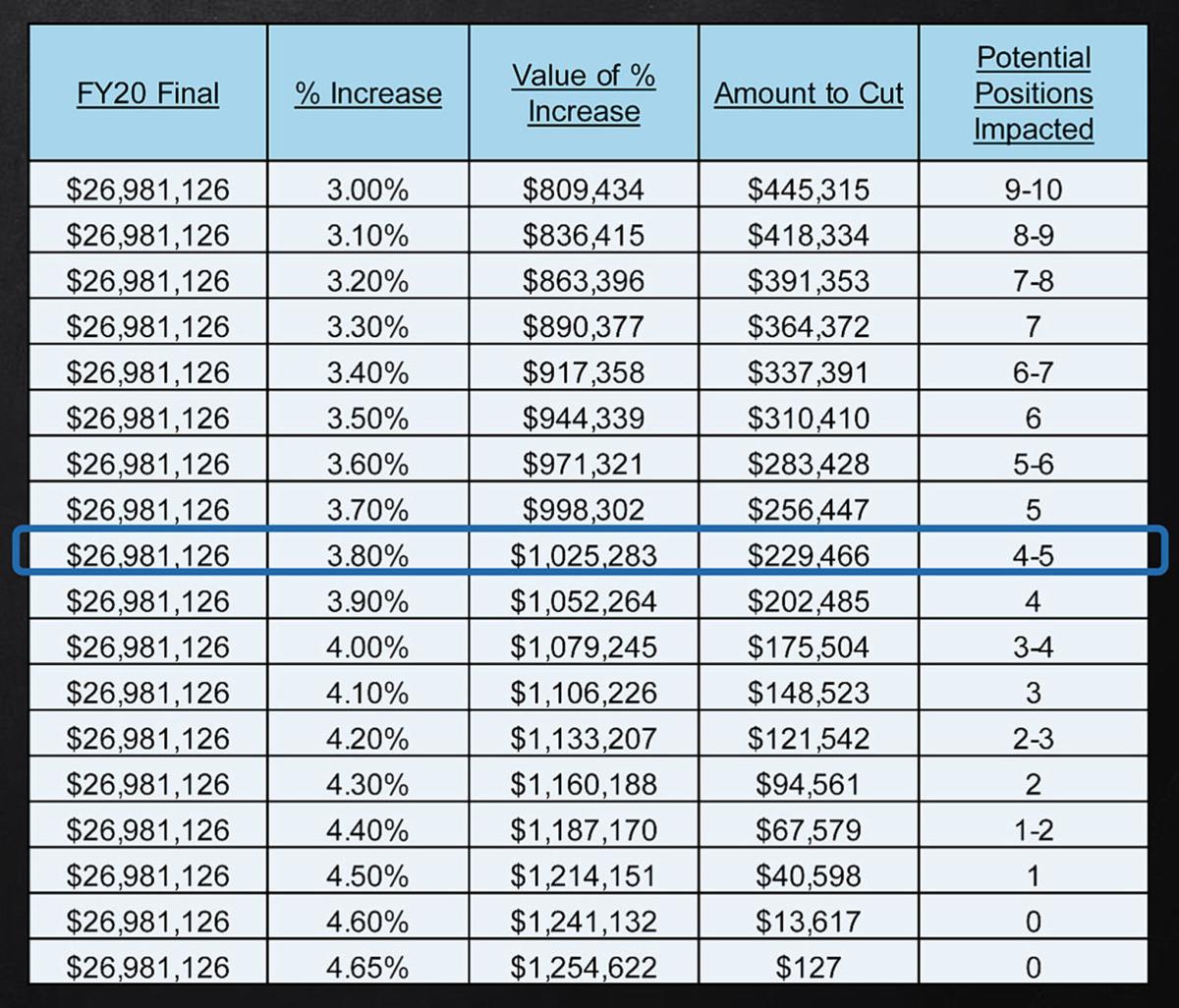 Dr. Gould fielded questions about salaries, declining enrollment and school building costs from members of the Capital Improvement Planning Committee (CIPC) on Monday, February 10, and from the finance committee on Tuesday. She also presented the budget to the selectmen last week.

“Budgeting in any community can be an unpleasant experience. There’s only so much money to go around,” Dr. Gould said, summing up her budget message in a letter to Sandwich taxpayers. “But my job as the superintendent of Sandwich is to advocate for our students and to provide them with the best education we can with the best staff.

“With that in mind it is also important to me that we do not create a rift between the schools and the taxpayers that is not fair to anyone. We want to continue to work together.”

Dr. Gould seemed to have succeeded in her quest to convince the various board members that she has solid reasons this year for exceeding the 3 percent budget increase limit requested by the selectmen and finance committee members several months ago.

The CIPC unanimously approved Dr. Gould’s capital requests on Monday after asking questions about the need to replace vehicles and furniture. The finance committee did not vote on the school budget the following night, but did seem agreeable to an increase of 3.75 to 3.8 percent.

The finance committee members made it clear, however, that they will not be so amenable next year.

“The finance committee is not concerned that the school district is doing something bad, but demographics have changed and there seems to be no end in sight,” said Matthew D. Anderson, co-chairman of the finance committee, referring to the continual drop in enrollment and the increase in school budgets.

“How do we justify that [continual increase] without hurting the town?” Mr. Anderson asked. “It almost seems hopeless.”

Dr. Gould explained that she is bound by contract obligations inherited from the previous school administrations—some of which call for salary increases of 4.5 percent rather than the general cost of living increase of 2 percent.

She also said student enrollment decline is leveling off somewhat, meaning that not as many teachers and support staff positions can be cut this year.

“I have been systematically making cuts,” Dr. Gould said. “I don’t want to hemorrhage this district.”

The superintendent has argued during past budget seasons that keeping high caliber teachers on staff would encourage students to stay in Sandwich schools rather than transferring to Sturgis Charter Public School in Hyannis and Upper Cape Cod Regional Technical School in Bourne.

Her efforts have helped, but have not stopped the migration, selectmen and finance committee members have said this year.

Town Manager George H. (Bud) Dunham said the schools—and the town—would be in much better shape financially if the state made good on its promise to reimburse the district’s cost for charter school enrollment.

The district is paying out $3.7 million and receiving only about $791,000 back from the state, Dr. Gould said.

But finance committee member Bob J. Guerin said he did not want to hear about the lack of state aid.

“We have to think about the things that are within our control,” Mr. Guerin said. “We need to figure out what we can do differently.”

Mr. Guerin last week had expressed concern about the schools’ growing tab for general maintenance issues that the town has been covering for the past few years.

He seemed to understand, however, that the superintendent does not have the money needed to repair the aging buildings that house the schools.

“Schools are town buildings, too,” Dr. Gould has said, and as such, some of the maintenance costs should be part of the town’s capital budget.

Mr. Dunham agrees and has been setting aside at least $125,000 for school maintenance costs each year for the past few years. This year, the town will pay a total of about $300,000 for school capital costs.

Mr. Guerin elicited a promise from Dr. Gould that FinCom, the selectmen and the school district representatives would begin discussing, specifically and soon, how the school costs can be contained before the next budget season.

“We need to stop the bleeding,” said Mr. McCormick, summing up the sentiments of the finance committee. “It has got to end.”

The discussion around the school budget seems to never get better. Each year now we get to hear the same words by the same elected officials that we can not continue this cycle of increased budget, while justifying the continued loss of students to other school districts. Is the present discussion going to remain the same as last years and in the end give the schools what if wants with out getting a more positive solution to what lies ahead by maintaining increased budgets without going before the citizens for an override , that is doubtful . What happens to the school budget when the Wing school will be closed permanently and they also do not have the money in the budget from that resource? How will that be rectified? The Superintendent office will be moved, how many times ? Where does that fit into tomorrows budget process . Will it be the town or school that will be paying to upgrade two buildings. Perhaps better yet may be to actually place the Superintendents new office in one of the present three schools we are now looking to maintain for the future use of the schools themselves ? No matter the approach I can see a tremendous outflow of cash to first redo the Old Police station and then the present senior center to meet all of the needs for the present staff in the management department of the schools. Why not just look at finding this space inside the present three schools and working out a compromise on how it gets funded to accommodate the process. Where does it say that the superintendents office can not be working out of different schools . Surely given the decline of students inside the present schools we also have unused space that could be repurposed for such a thing. This would then allow the town to sell both buildings outright and perhaps share in the profits together. Peace