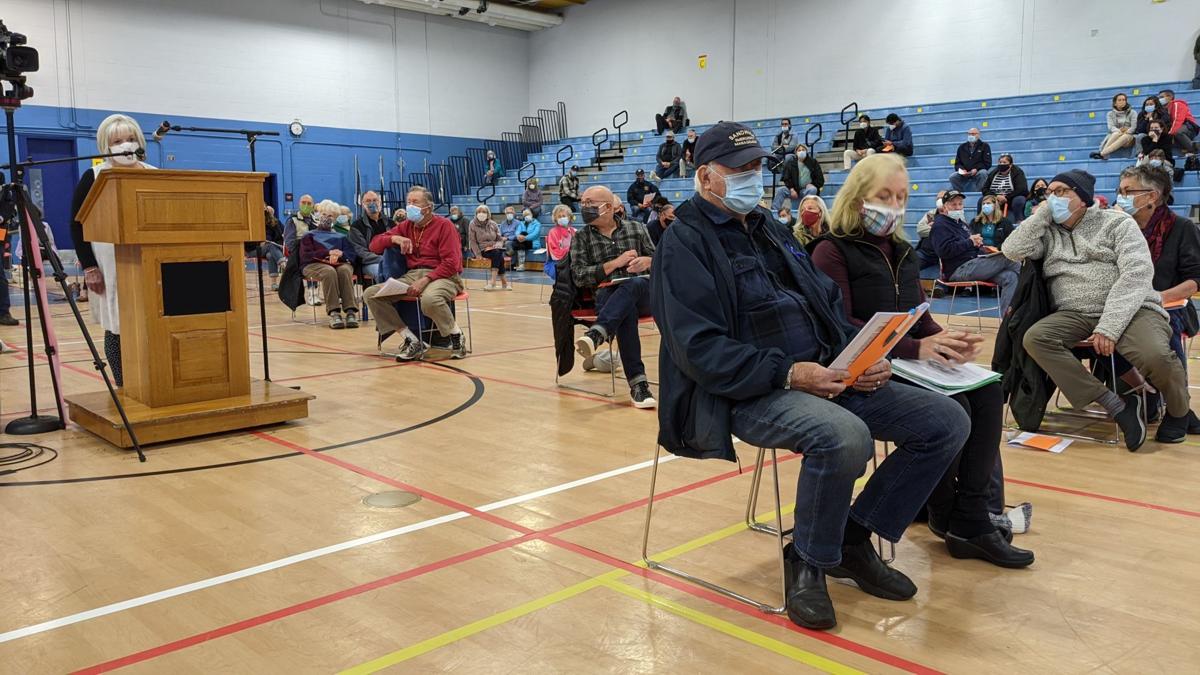 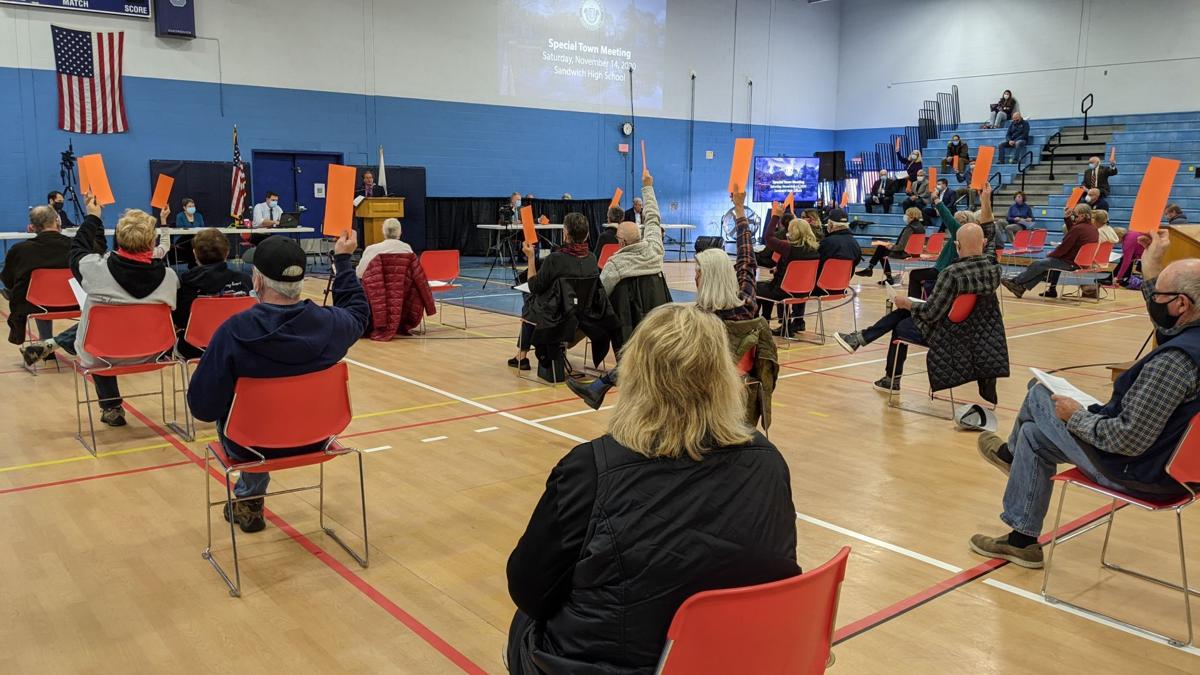 As with the annual Town Meeting in June, residents in the high school gymnasium were spread out in properly distanced seating areas and were required to wear masks. After each person stepped up to a microphone to speak about warrant items, the mic was disinfected by a town worker.

Warrant items ranging from updating the town’s long-range plan to a zoning change allowing municipal buildings to exceed 35 feet in height, passed in about 15 minutes. Fund transfers to allow the purchase of new equipment and spruce up school athletic fields also took only a few minutes.

The pace slowed considerably, however, for a citizens petition that would have placed a ban on the sale of single-use plastic bottles of water in town

“It shall be unlawful to sell non-carbonated, unflavored drinking water in single-use plastic bottles of less than one gallon in the Town of Sandwich,” the wording in the petition says.

Many voters—and some not yet old enough to vote—said the time is now to take a small step toward cutting down on the plastic waste that is polluting oceans and killing wildlife.

But a restaurant owner and other speakers concerned about the effect of the ban on businesses already suffering financially during the COVID-19 crisis argued successfully that now is not the time for such a measure.

A majority of taxpayers in the gymnasium held up their orange voting cards in favor of indefinitely postponing the bottle ban.

Taxpayers also postponed a separate citizens petition seeking to have the town adopt a policy of net-zero greenhouse emissions.