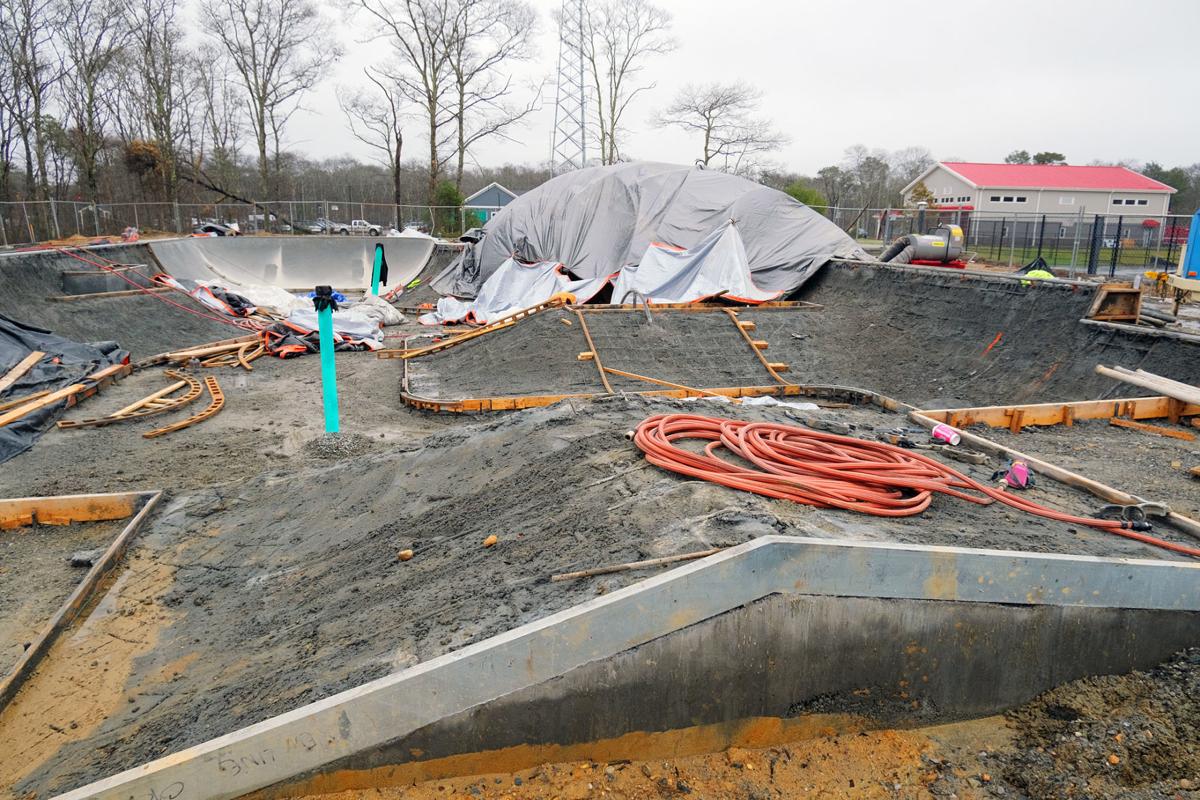 The new skatepark is taking shape along Quaker Meetinghouse Road in South Sandwich. 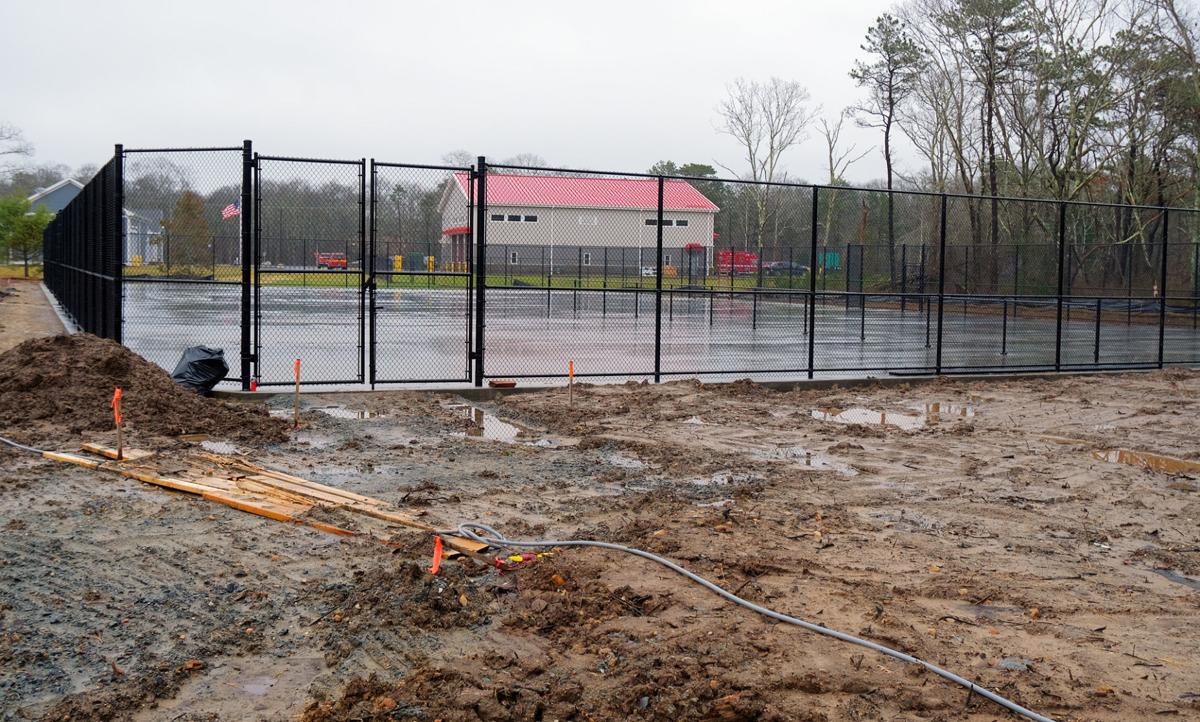 The new recreation area, which is right next door to the new public safety complex, will also feature tennis and pickleball courts.

Contractors at the skate park and pickleball complex—who had been steadily clearing brush and laying concrete throughout the fall months—decided this week to take a break after snow blanketed their work areas.

“They have made good progress and are on track for a mid-May opening for everything,” said Recreation Director Guy Boucher. “They will take a break for the holidays and come back—weather permitting—and do what they can in January.”

The crews are working on a huge recreational complex, currently known as Oakcrest Park, that will eventually connect to the surrounding 48-acre Boyden Farm Conservation Lands and the lakeside campus of Oakcrest Cove, the home of the recreation department.

It will be part of the recently completed public safety complex—including police headquarters and fire administrative offices—at the intersection of Quaker Meetinghouse and Cotuit roads.

The complex will include a large skate park with many features, six pickleball courts and two tennis courts. The area will also include walking trails and a parking lot.

New Line Skateparks, of Canada, in the last few months has installed some specially made concrete pieces that will provide the ramps and jumping-off places for skateboarders and bikers, Mr. Boucher said.

The skate park’s crews have been working under tents equipped with heaters to keep the Gunite, or dry-gun concrete, dry.

Stantec, the engineering company that designed the skate park, is looking into how the town could add crosswalks on Quaker Meetinghouse and Co…

Cape & Islands Tennis & Track of Pocasset, the designer and builder of the two tennis and six pickleball courts, has finished pouring the courts and has placed fencing around both areas, Mr. Boucher said.

The Pocasset contractor will return in the spring to paint lines and install nets.

Meanwhile, general contractor R.A.D Sports, of Rockland, has completed drainage systems, brought water to the sites, and laid the groundwork for the surrounding recreation and parking areas.

R.A.D. submitted the sole bid for the recreation project, and, at $1.98 million, was a bit higher than anticipated, Mr. Boucher has said.

As a result, some of the extras the town was seeking—such as lighting throughout the complex, a gazebo and paved walking trails and parking lot—will have to be delayed.

“We’ll still have walking trails and a parking lot, but they won’t be paved,” Mr. Boucher has said.

In October, residents at a special Town Meeting approved the financing for a $16 million senior center, which will be built on land adjacent to the skate park and, in a few years, provide a multigenerational mix of people to the area.

In a related development, the Sandwich Cultural Council has informed the recreation committee that it would like to contribute some kind of art project to grace the skate park.

“We want to partner with the Sandwich Cultural Council, but we would first like to see the space done and then decide what kind of artwork—like a mural or a statue—would be best in that space,” Mr. Boucher said.