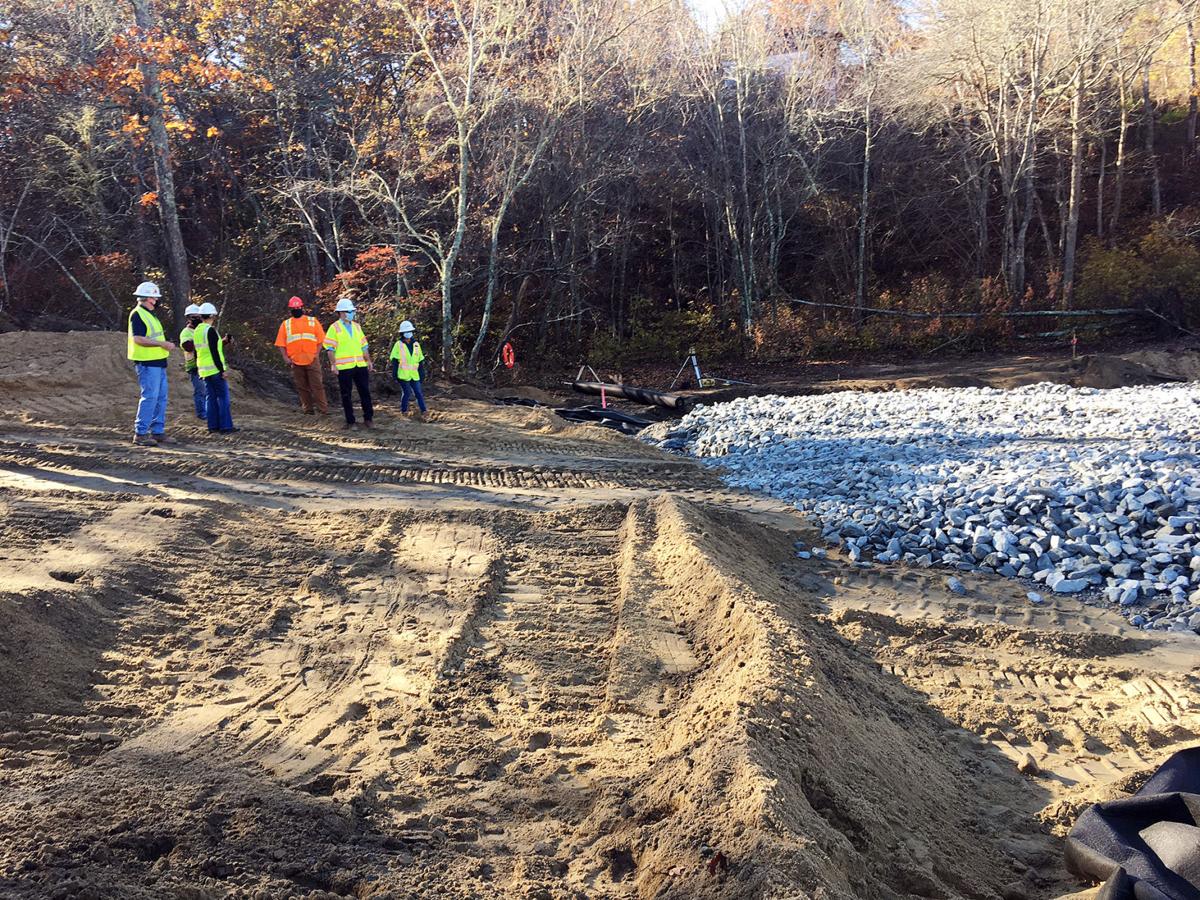 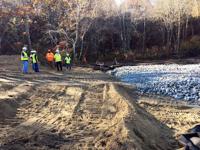 Department of Transportation and Massachusetts Coastal Railroad officials visit the site of embankment collapse in East Sandwich to see how the repairs are progressing. 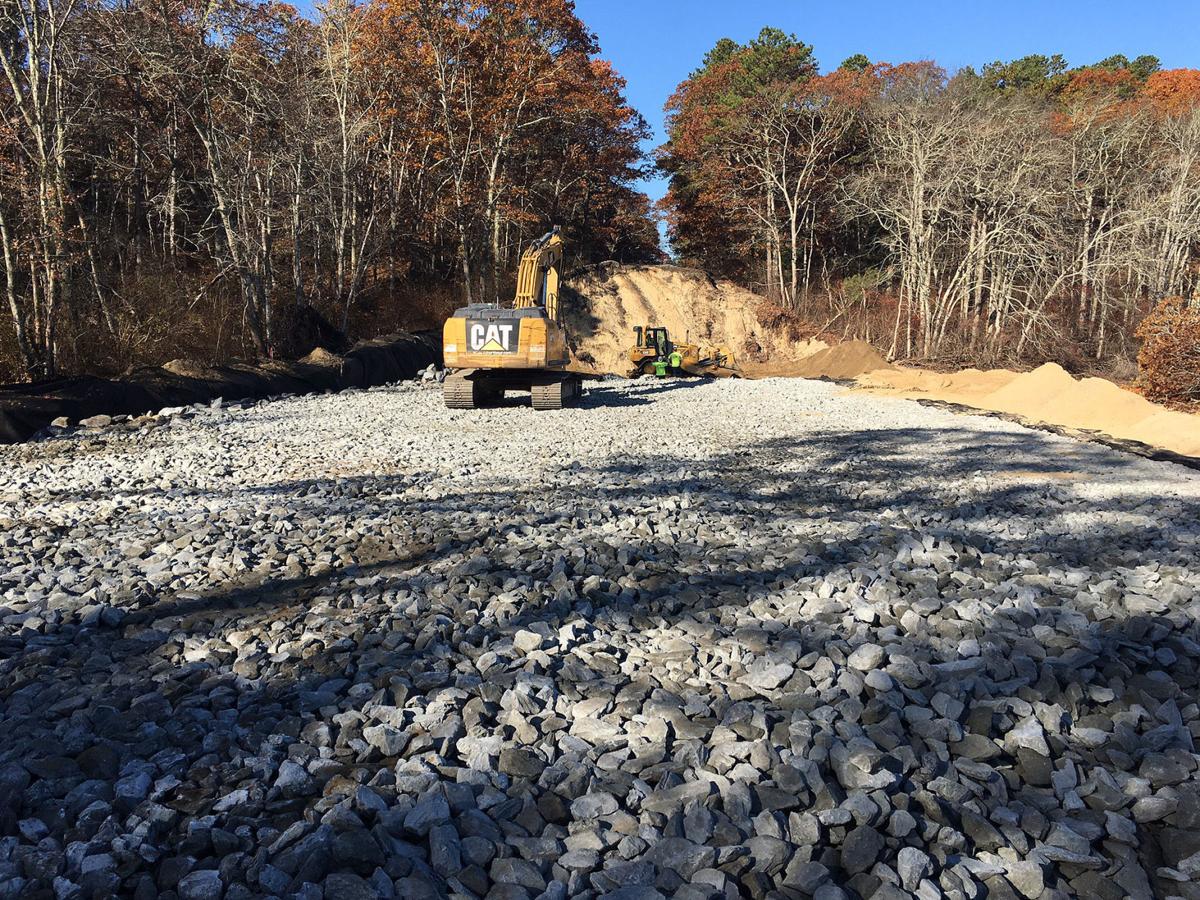 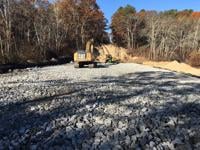 Workers use heavy equipment to restore a collapsed embankment near Lily Pond in East Sandwich. 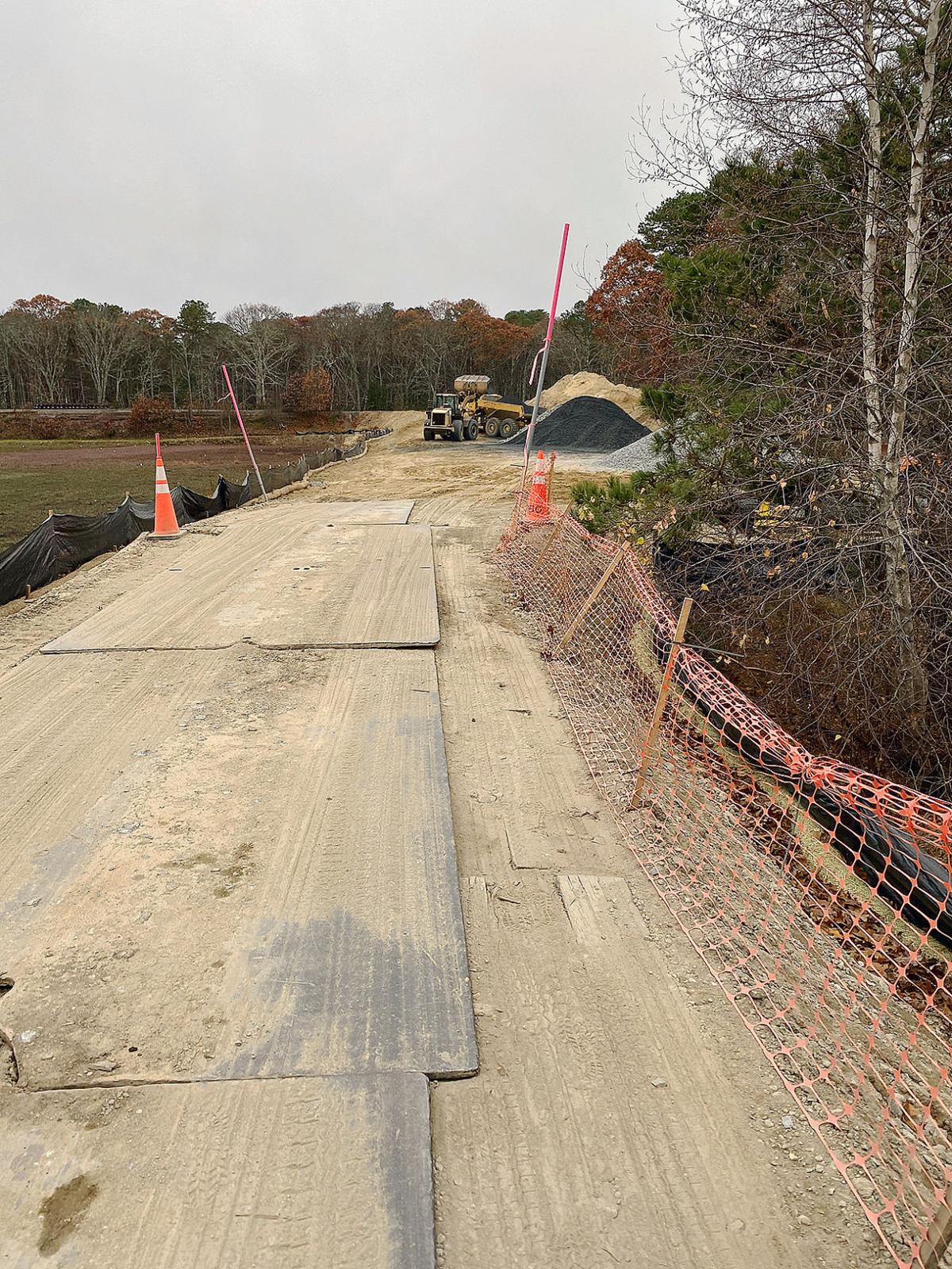 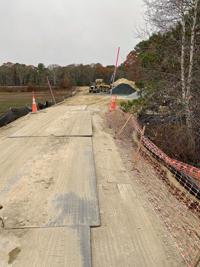 Trucks use a temporary road to reach the collapse site. 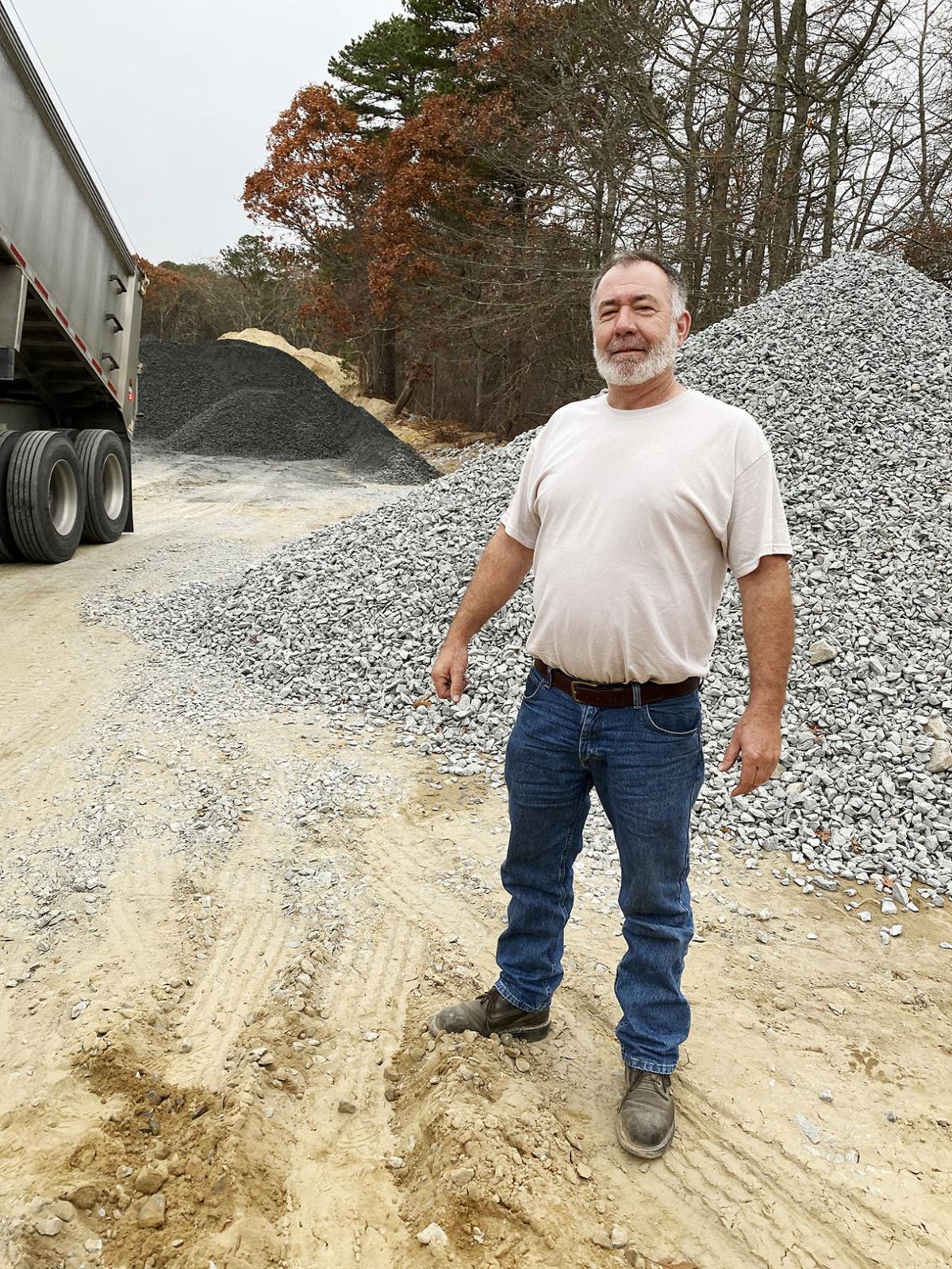 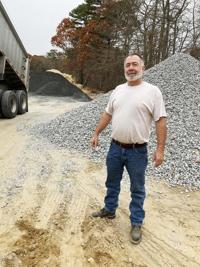 Dave Bantol is one of many drivers for Cape Cod Aggregates Corp. delivering sand, gravel and other materials every day to shore up the collapsed railroad embankment off Old County Road.

Department of Transportation and Massachusetts Coastal Railroad officials visit the site of embankment collapse in East Sandwich to see how the repairs are progressing.

Workers use heavy equipment to restore a collapsed embankment near Lily Pond in East Sandwich.

Trucks use a temporary road to reach the collapse site.

Dave Bantol is one of many drivers for Cape Cod Aggregates Corp. delivering sand, gravel and other materials every day to shore up the collapsed railroad embankment off Old County Road.

An East Sandwich cranberry farm looked more like a construction zone than an agricultural site this week as trucks and bulldozers maneuvered carefully along the bog’s crimson shoulder carrying gravel and pipe.

The trucks began arriving before dawn with their freight, moved slowly up a newly carved dirt road and dumped their loads about half a mile away from a railroad embankment that suddenly collapsed into a pond more than two weeks ago.

Since that time, workers from the Massachusetts Department of Transportation and Massachusetts Coastal Railroad, have been working to shore up the 300-foot stretch of railway and the thousands of cubic yards of brush and earth that fell from a stretch of track trains have traveled since the 1800s.

Officials from Massachusetts Coastal Railroad did not return phone calls Thursday, November 12, but Ryan D. Coholan, chief railroad officer for the MBTA/MassDOT, was familiar with the situation.

It was Mr. Coholan who called the dispatcher on October 27—the night of the collapse—and told him to stop the train that was rumbling towards the accident site.

The train was a few miles away from the site when it was stopped.

Mr. Colohan said he was not the hero of the story, however. The true hero was a nearby property owner who first discovered the collapse and immediately alerted the authorities.

“That individual deserves all the credit,” Mr. Colohan said. “It’s the epitome of ‘see something, say something.’”

Members of the Sandwich Conservation Commission also visited the site this week to evaluate how much environmental damage was done to Lily Pond, an adjacent kettle pond.

“Work on the rail is progressing to where they expect the first train to cross the new structure by Thanksgiving,” Mr. DeConto wrote in his report.

He also said Jacobs Engineering, a consultant hired by the railroad company, is assessing the damage to Lily Pond and is expected to report the damage—and a plan for mitigating that damage—to the conservation commission within 30 days.

Restoration cannot come too soon for neighbors of the site, who are concerned about the health of the formerly pristine Lily Pond. The 10-acre, old-growth area is home to blue heron, otters, turtles and fish.

When the incident occurred early in the morning, neighbors reported hearing loud noises—the crash of trees and steel.

The cause is still unknown, according to a preliminary report from Jacobs Engineering.

“The collapse along the south side of Lily Pond covered a length of approximately 300 feet and was about 70 feet to 90 feet wide at the base. The estimated height of the embankment lost due to the collapse was about 30 feet. Approximately 15,000 cubic yards of material was displaced due to the failure,” wrote Paul J. Murphy, geotechnical manager for Jacobs Engineering.

Mr. Murphy noted in the report of his emergency visit to the site that the water level in the spring-fed kettle pond was six feet lower than normal low from this year’s severe drought and from pumping water from the pond to the adjacent cranberry bog.

“It is speculated that the pond level could have been even lower prior to the embankment collapse which resulted in the embankment material flowing into the pond, along with numerous trees being displaced and falling over,” the consultant wrote.

ConCom unanimously approved the emergency permits, which allowed the state workers to excavate and then replace the rocks, soil and other fill materials needed to stabilize the embankment before new tracks are laid.

Mr. Colohan, who served as an engineer on the Cape for many years, said he never would have expected such a collapse on that stretch of railroad.

“It’s been safe and unchanged for well over a century,” he said.

The new track, which incorporates modern materials and engineering, will be more secure, Mr. Colohan said.

“We will make it better using tools that were not around in the 1800s,” he said.

Asked what might have happened if the oncoming train’s engineer had not been alerted about the situation that morning, Mr. Colohan declined to speculate.

He did say, however, that it would have been disastrous.

“I can tell you that a locomotive and the several cars linked to it carrying [700] or 800 tons of freight falling 35 feet is not a scenario you would ever want to see,” he said.