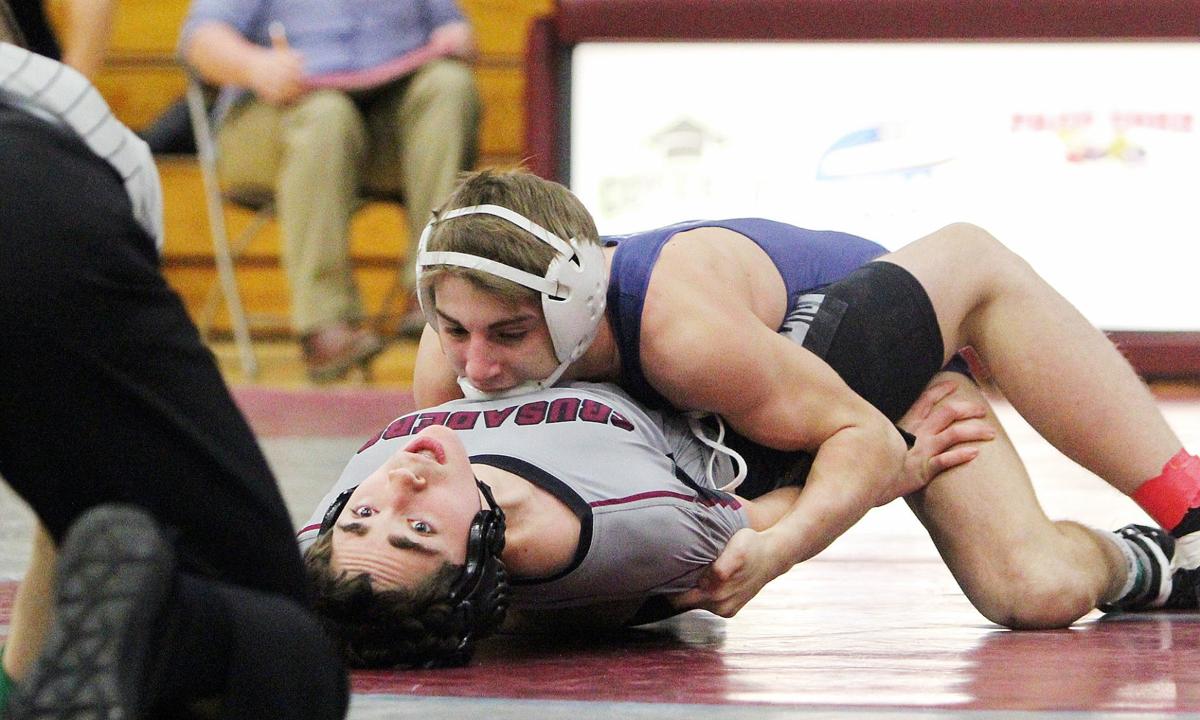 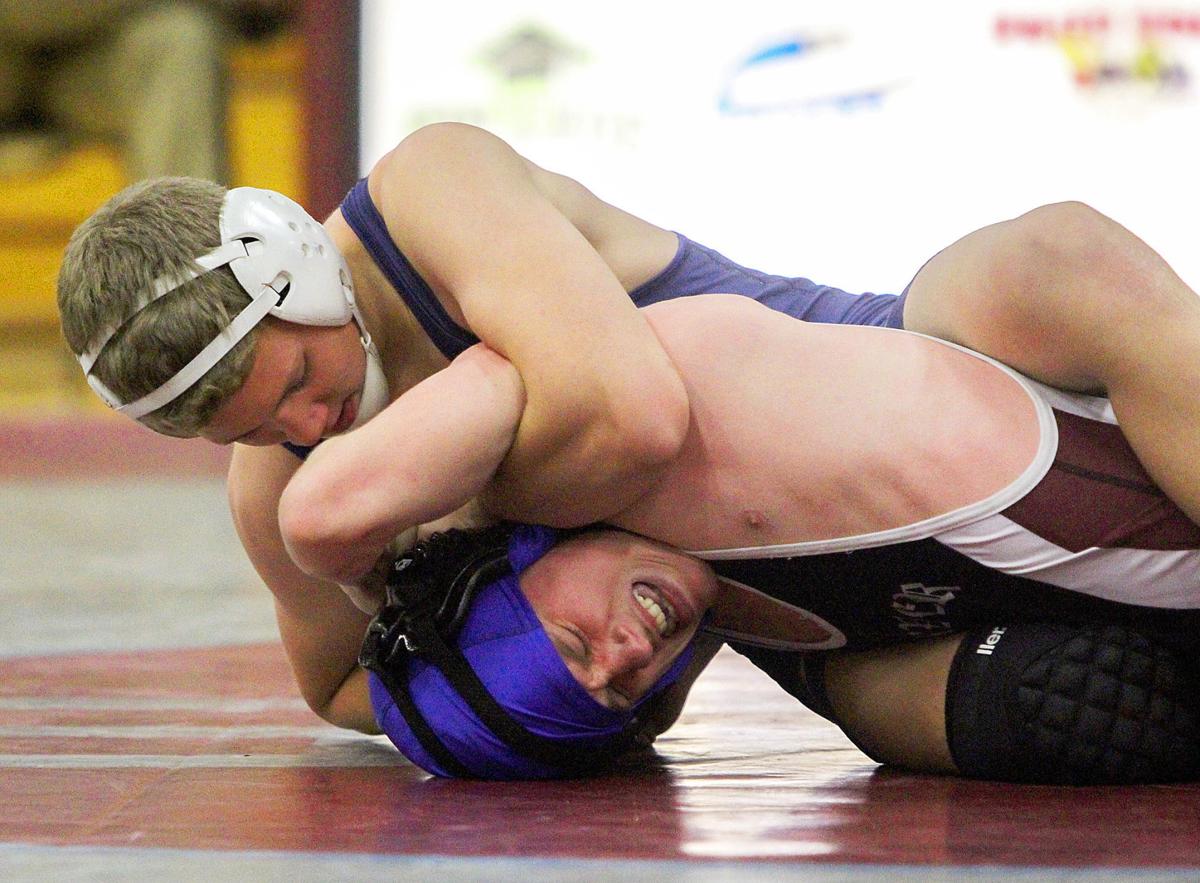 Senior co-captains Connor Keegan and Tanner Davison each won their respective weight classes as the Blue Knights team finished fourth overall and will send eight players to the Division 3 state finals this weekend.

Foxboro, the host school, finished first in the team standings with Norton and Cohasset edging out Sandwich for the top three during the all-day tournament on Saturday, February 15.

Connor Keegan, competing at the 126-pound division, beat Foxboro’s TJ Whitehouse in the quarter finals, making quick work of his competition to advance. He later went on to score a 17-2 technical fall win against Bristol-Plymouth/Coyle-Cassidy’s Liam Norton in the semifinals before handing Norton’s Alex Turcotte a 15-3 loss in the 126-pound finals.

The championship finals had extra weight, with Keegan defeating Turcotte in last year’s Division 3 South Sectional 120-pound finals on his way to an eventual state title.

In the 145-pound division, Davison advanced passed Scituate’s Patrick Sullivan before outlasting Norton’s Ian Barker, 3-2, in the semifinals. Davison found himself on the winning end of another closely-contested bout with Bristol-Plymouth/Coyle-Cassidy’s Chris Fernandez in the finals, earning the 4-2 win and the title.

Freshman Avery DeOrsey (113 pounds) just missed out on advancing to states with a sixth overall finish while his eight aforementioned teammates will travel to the Division 3 state tournament in Wayland on Friday, February 21.