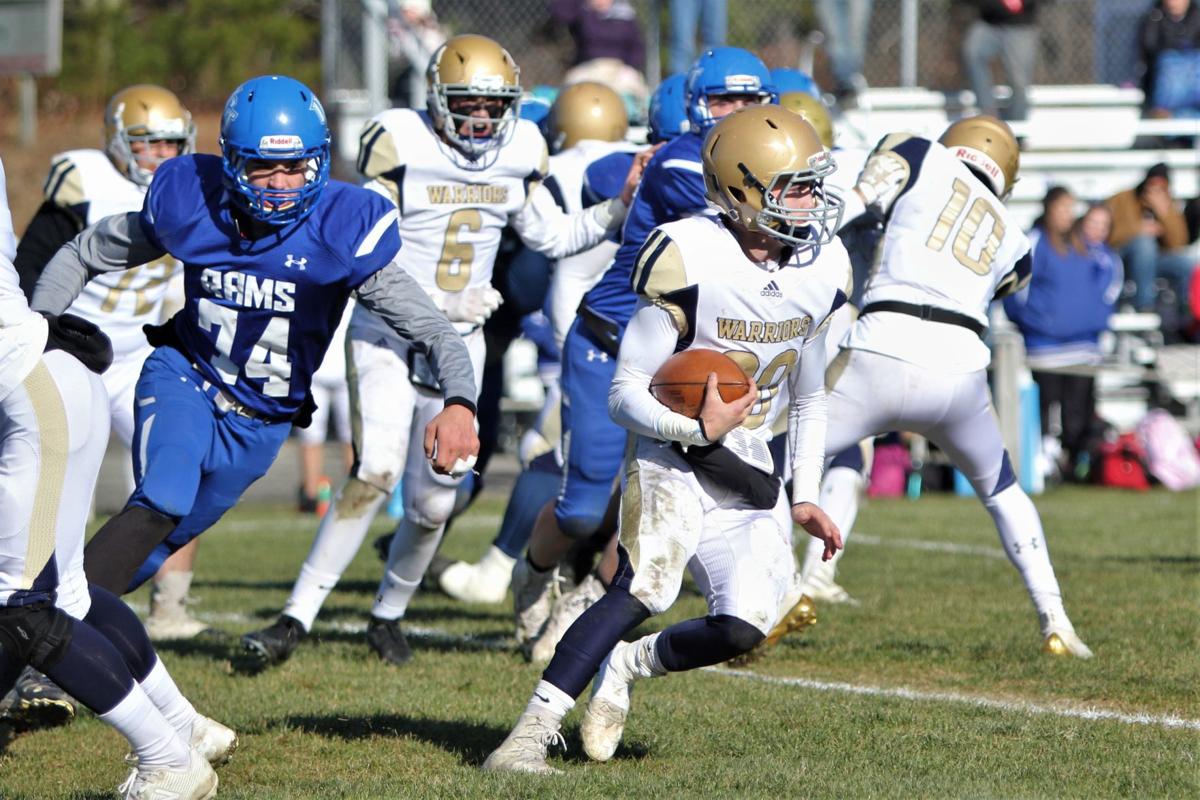 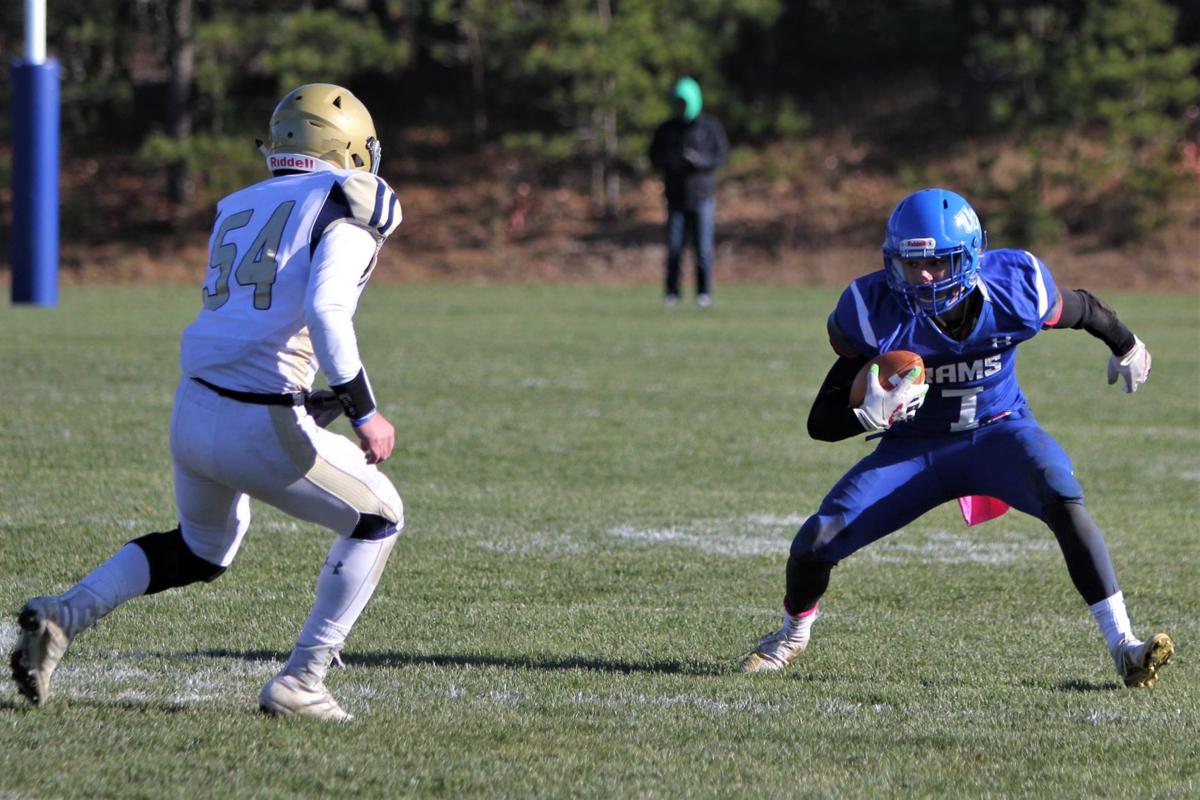 UCT senior running back Juzary Salim looks to evade a Coyle-Cassidy defender during the Rams’ 31-0 shutout at home against the Warriors on Saturday, November 16 in a non-playoff game.

UCT senior running back Juzary Salim looks to evade a Coyle-Cassidy defender during the Rams’ 31-0 shutout at home against the Warriors on Saturday, November 16 in a non-playoff game.

The Upper Cape football team was beaten down in front of its home crowd on Saturday, November 16.

Hosting Coyle-Cassidy in a rematch of last year’s Division 8 South Sectional semifinals, in which the Rams lost 22-14, UCT was run over this time by the Warriors offense. Coyle won in a blowout, 31-0.

There were plenty of early opportunities for the Rams’ offense to score, particularly early on, but they couldn’t break the scoring plane. UCT recovered a fumble on Coyle’s first offensive possession of the game, but failed to find the end zone. Then on its next offensive possession, the Rams had their drive stall out on their own five-yard line.

The two teams entered the second quarter tied up at zero before Coyle-Cassidy ripped off a 12-play, 95-yard drive that took up six and a half minutes. The drive was capped by a Jackson Murray quarterback keeper for one yard. That drive saw the Warriors pick up six first downs and one third-down conversion.

UCT went backward on its next three offensive possessions, failing to pick up a first down, let alone a touchdown. They lost 42 yards on 11 plays to close out the first half. On seven of those plays the Rams either failed to gain yardage or lost yards while gaining yards on only two plays in that span. Coyle-Cassidy meanwhile scored twice more to take a 19-0 lead into the break at halftime.

The Warriors scored on a nine-yard run from Miles Hannah, although the extra point was blocked by Andrew Brightman. Then, with three seconds left in the second quarter Murray scored his second rushing touchdown on the day with a 65-yard score from the flexbone offense.

There was no scoring in the third quarter despite the Warriors recovering their onside kick attempt to open the second half. Thomas Joyce scored on the first play of the fourth quarter, on a one-yard touchdown run, to stake the visitors to 25-0 lead.

Murray’s third and final touchdown run of the game came with less than a minute to go on a nine-yard run to cap a nine-play, 66-yard drive that took up more than eight minutes in the game.

For the game, the Rams totaled 90 yards offensively.

KEY PLAY: With 6:34 left in the first quarter and the game still scoreless, the Warriors made a drive-ending tackle on fourth-and-eight following a completion from Brightman to Juzary Salim that picked up two-thirds of the necessary yardage. That resulted in a turnover on downs from the Coyle five-yard line in what was the Rams’ best scoring chance.

NUMBER TO KNOW: 385 — The amount of rushing yards the Rams’ defense allowed to three Warriors players. Murray rushed for 186 yards and three scores while fullback Miles Hannah gained 138 yards on 10 attempts and Thomas Joyce had 61 yards on seven carries.

UP NEXT: UCT (5-5) will look to improve its performance on Thanksgiving Day when the team travels out to Harwich for the annual battle for the Golden Wrench against Cape Tech (3-7) at 10 AM. The Rams cruised to a 30-0 home win against the Crusaders earlier this season in October, but have lost the last two Thanksgiving Day meetings with Cape Tech, including last season’s 6-0 home loss. Cape Tech is currently riding a two-game win streak after defeating Holbrook/Avon, 28-14, and Atlantis Charter, 28-7.