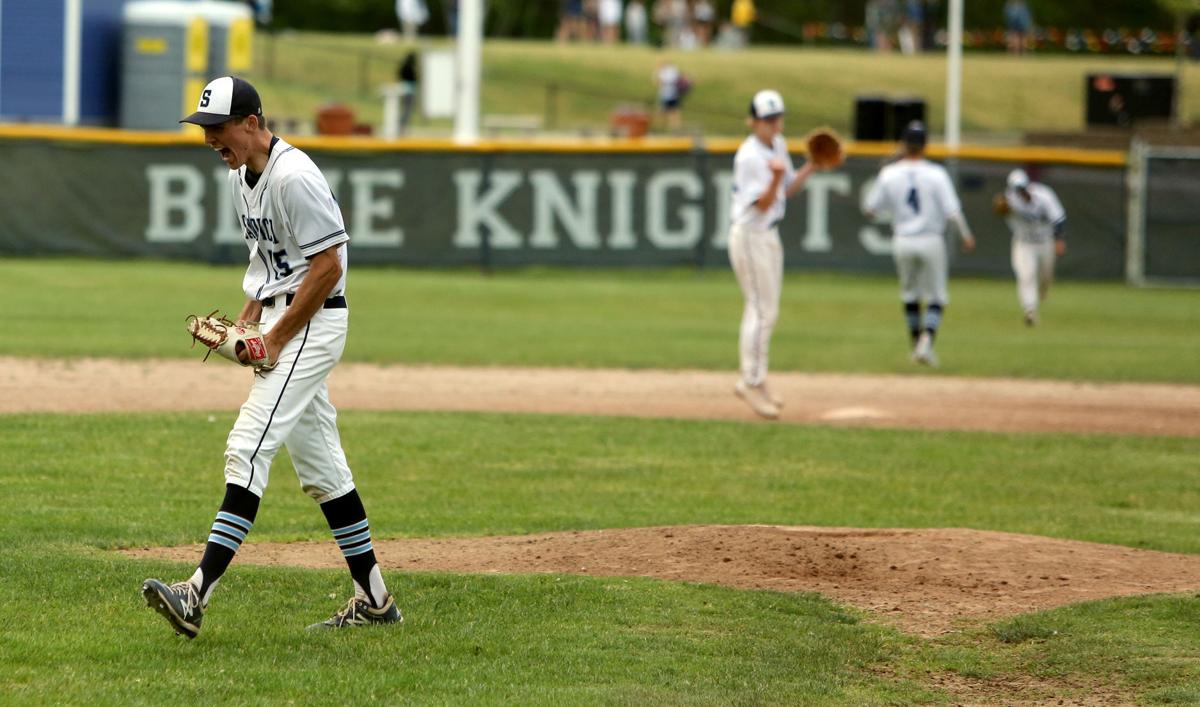 Sandwich senior Colin Norkevicius screams for joy after recording the final out to pick up the save in a 3-2 win over rival Falmouth at Fenton Field on Wednesday afternoon. 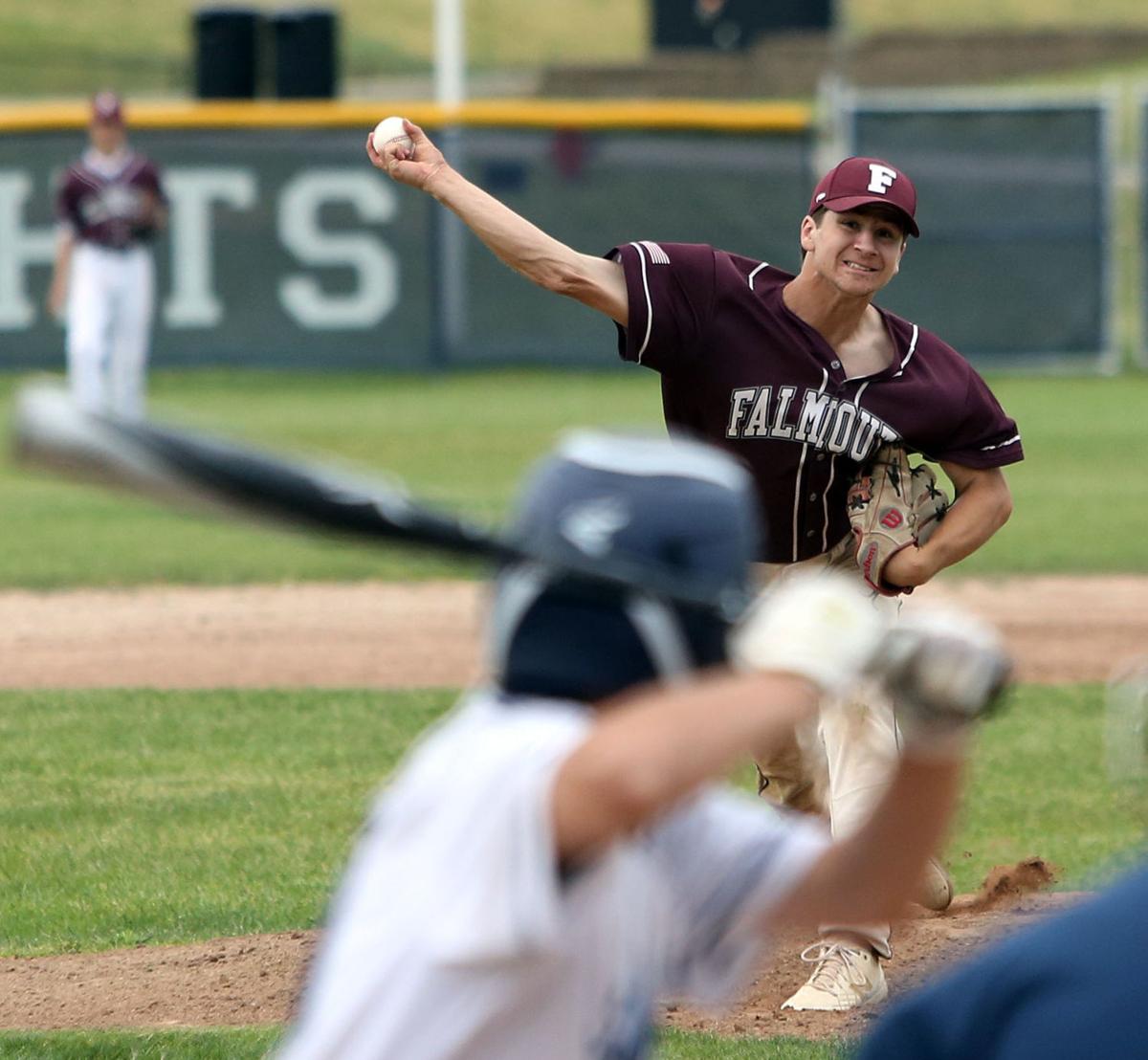 Falmouth’s Andrew DeBettencourt came out of the bullpen to pitch 1.2 innings of scoreless relief for Falmouth against Sandwich. The Clippers dropped a tough 3-2 decision to the Knights.

Sandwich senior Colin Norkevicius screams for joy after recording the final out to pick up the save in a 3-2 win over rival Falmouth at Fenton Field on Wednesday afternoon.

Falmouth’s Andrew DeBettencourt came out of the bullpen to pitch 1.2 innings of scoreless relief for Falmouth against Sandwich. The Clippers dropped a tough 3-2 decision to the Knights.

Senior Colin Norkevicius let loose a joyful noise before the final out had even settled into the glove of centerfielder Joe Morrison. The senior was pumped up because he’d just slammed the door on an exciting 3-2 win by the Blue Knights over their rivals from Falmouth in a key Cape and Islands League game on Wednesday, June 2.

SHS avenged an earlier loss to Falmouth to improve to 3-5 overall on the season, keeping its hopes of a postseason berth alive in the process. Falmouth fell to 5-4.

Norkevicius was excellent in the seventh, striking out the first two Clippers he faced before getting Andrew DeBettencourt to fly out to center to end the game. That came on the heels of an excellent six innings of work from starter Alex Marancik, who carried a shutout into the sixth inning.

SHS head coach Brian Tomasini rolled the dice and stuck with his starter in the bottom of the sixth despite a Falmouth rally that saw the Clippers score twice. They had the bases loaded in the sixth before Marancik escaped the jam by getting a pop out to first to strand all three and keep his team ahead.

“I just feel like we are on the verge of getting it going,” Tomasini said. “That’s a big win. Marancik and Nork did a great job for us today.”

Marancik had Falmouth off balance from the get-go. He retired the first 10 batters he faced before FHS third baseman Nico Gagnon reached on an infield single in the fourth. Sam Cavossa then followed with a hit, but Marancik got the next two to get out of the jam.

He found himself in a bigger jam in the sixth, but found a way to wiggle out of it. FHS got things going with two down as Gagnon roped a double to right field and then Cavossa walked and Sam Griesbauer reached on an error, loading the bases. An infield single by Max McDonald brought home a run to make it 3-1. Chris Maseda nearly gave FHS a lead with a Texas League fly up the right field line that just missed falling in fairly for a bases-clearing hit. Maseda later worked his at-bat into an RBI walk to make it 3-2.

With the tying run at third and the go-ahead run at second, Marancik was able to escape. He jammed Timmy Lang with an inside fastball that induced a foul out to the first baseman to keep his team ahead.

Sandwich had nearly put the game out of reach in the bottom of the fifth, but it wasn’t the only team to get some strong pitching. After a workman effort from Kyle Souza, in which two of the three runs he was tagged with were unearned, DeBettencourt came on to put out a fire.

Sandwich had a chance to open things up when Mitchell Norkevicius reached on an error and then a single by Jeremy Angeles put men on the corners with one out. DeBettencourt got a ground ball to short and Lang tagged second and threw over to Mike Matta at first to end the threat.

SHS got single runs in the second, third and fourth innings. An error allowed Caleb Levesque to make it 1-0. Colin Norkevicius singled home Owen Beaton in the third for a 2-0 lead, and Beaton scored on an error in the fourth.