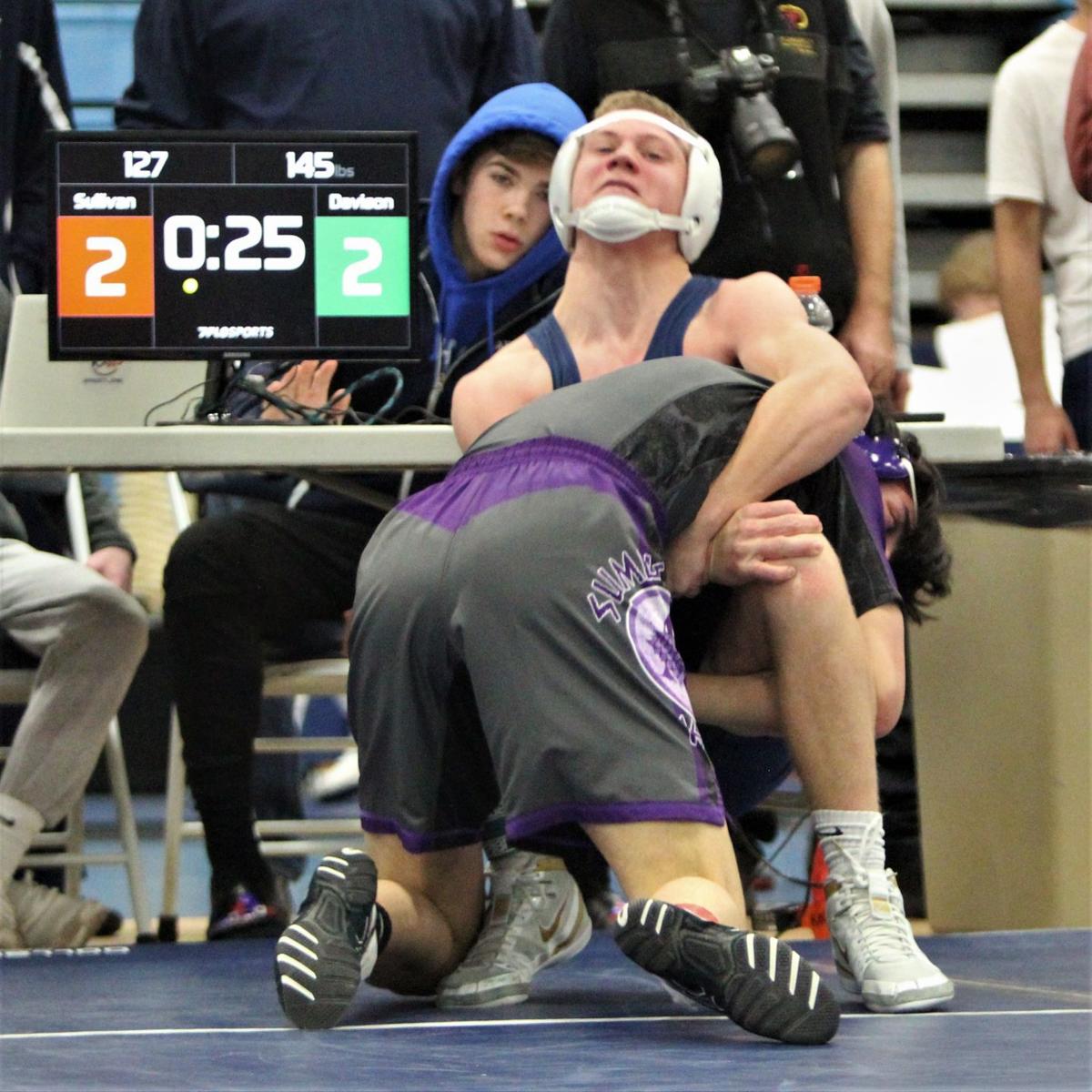 Sandwich senior Tanner Davison keeps a strong hold on his opponent during a home meet this season. 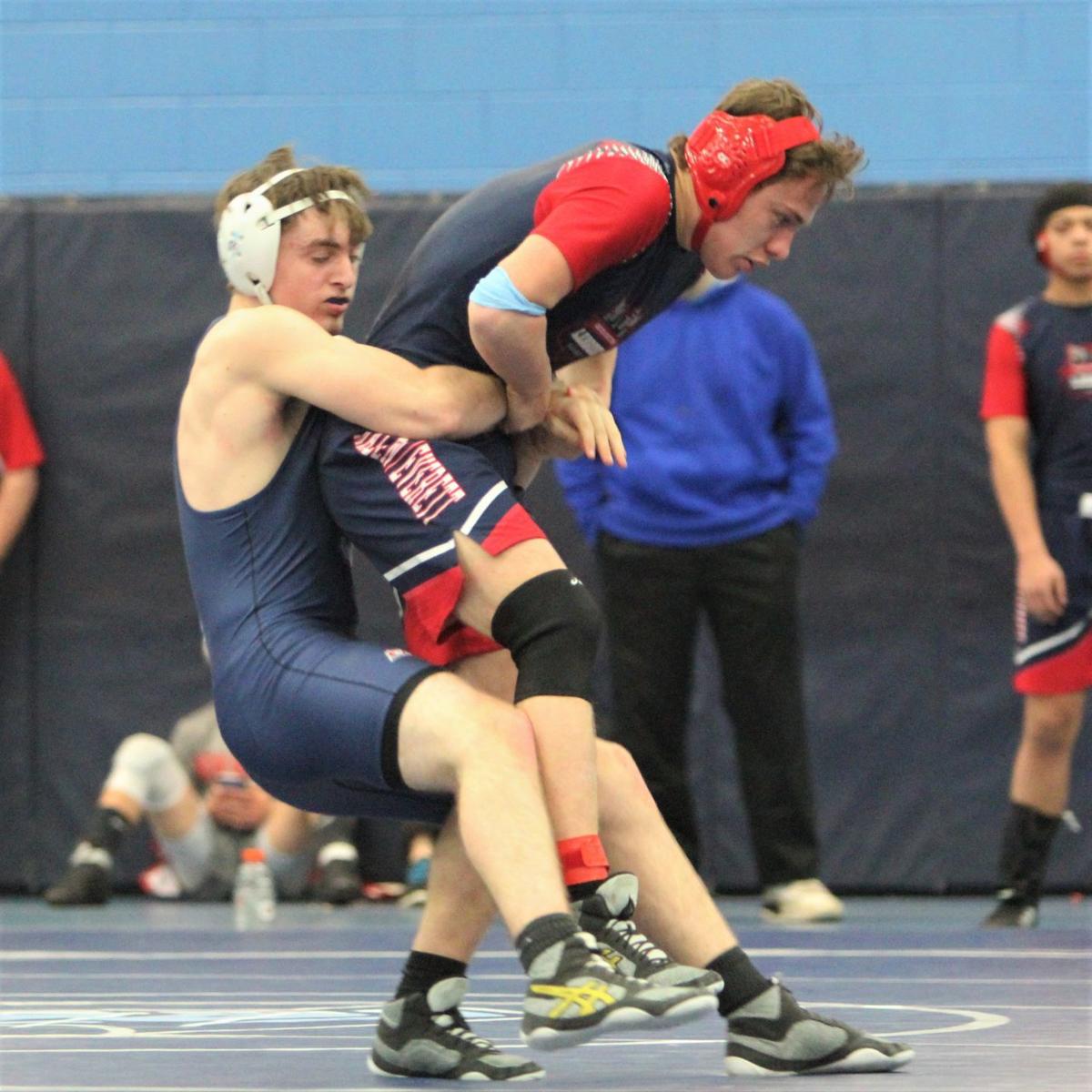 Sandwich/UCT wrestler Patrick Fitzgerald Klemp tosses an opponent around the mat during a home match earlier this season.

The Sandwich/Upper Cape Tech wrestling program ended the previous decade as the last-ever champions of the Atlantic Coast League. The Knights began this decade by staking claim to the first-ever Cape & Islands League title on Friday, February 7.

Hosting the tri-meet at the Wing school with fellow Cape & Islands league teams Nauset and Barnstable, the Knights boasted 10 undefeated grapplers en route to a sweep.

Connor Gill went 1-0 in his 132-pound weight class while Andre Penney, competing at 285 pounds, went 2-0 to round out the 10 undefeated wrestlers for Sandwich/UCT.